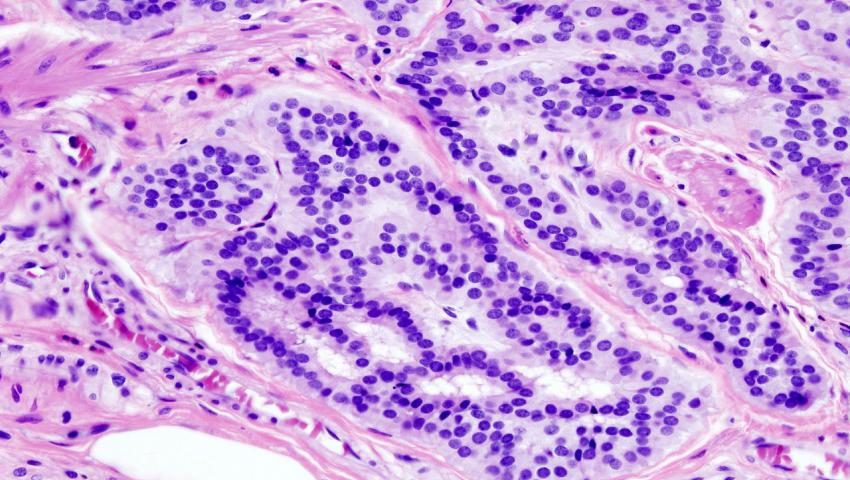 In a paper published online today, Dana-Farber Cancer Institute researchers provide new details about a recently discovered condition in which childhood cancer survivors develop numerous colorectal growths called polyps despite not having a hereditary susceptibility to the condition.

The condition, known as therapy-associated polyposis, or TAP, was first described by Dana-Farber scientists in 2014 based on a group of five patients. The new study presents a deeper look at the condition, based on data from 34 patients at eight cancer centers around the US.

The development of colorectal polyps—abnormal bump-like growths of tissue—in any individual is a risk factor for colorectal cancer. Polyposis, a condition in which many polyps grow in the intestinal tract, often signals a predisposition to colorectal cancer and other malignancies. People diagnosed with polyposis, as well as their relatives, are typically advised to undergo increased screening and other invasive procedures to detect the abnormal growths at the earliest stage possible. By knowing the specific signs of TAP—and knowing that it isn’t part of a familial syndrome—physicians can spare family members unnecessary screenings and ensure patients receive proper treatment.

“Survivors of cancer in childhood or young adulthood have an increased risk for a variety of cancers and noncancerous conditions, including colorectal cancers and polyps, in the years after treatment,” says Leah Biller, MD, physician-researcher at Dana-Farber Cancer Institute and Brigham and Women’s Hospital (BWH), first author of the study, published online today by the journal Cancer Prevention Research. “When they develop polyposis, we often are concerned about a hereditary cause and recommend testing to see if they have an inherited link to the condition. TAP patients, however, develop polyposis without a known hereditary susceptibility. This suggested that while their condition mimicked the symptoms of hereditary polyposis syndromes, it was a separate phenomenon.”

To pin down the characteristics of TAP—and potentially distinguish it from hereditary polyposis—researchers needed data from numerous patients with the condition. Aided by colleagues at Dana-Farber, Brigham and Women’s and seven other treatment centers across the U.S., they gathered data from 34 patients with TAP who didn’t have a hereditary or known genetic link to the condition but had been treated with chemotherapy and/or radiation therapy for childhood cancers.

The patients with TAP developed polyposis a median of 27 years after their cancer treatment. Investigators also found that 35% of the patients had more than 50 colorectal polyps, and 94% had multiple types of polyps, including adenomas, serrated polyps, hyperplastic polyps, and hamartomas. This contrasts with other hereditary polyposis syndromes in which all the polyps are generally of the same type.

Investigators also found that 74% of the patients had experienced other complications associated with cancer treatment: 50% had been diagnosed with cancerous conditions outside the colon; and 47% had been diagnosed with non-cancerous conditions indicative of prior cancer treatment. These findings suggest that people who develop TAP may be especially susceptible to treatment-related conditions in general, the study authors say.