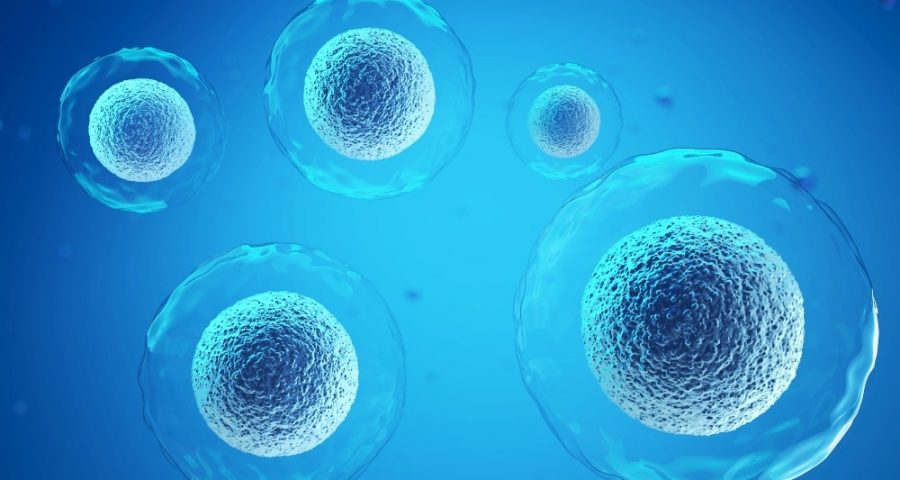 The results found that cross-species blastocyst chimerism between two primate species could be achieved using iPSCs.

PSCs can also be genetically modified to reduce their immunogenicity. Embryonic stem cells (ESCs) are pluripotent cells derived from embryos before being implanted. However, ethical debates surrounding the origins of ESCs limit their clinical application.

A long history of using non-human primate models has been documented in biomedical research. The human species is phylogenetically closely related to non-human primates (NHPs). It is noteworthy that NHPs provide unique opportunities to study aspects of human health, disease, development, and evolution that would otherwise be challenging – in more evolutionarily divergent models. NHPs are the most closely identical alternatives to humans due to their genetic, anatomical, and physiological similarity to humans.

IPSCs were subsequently generated from a wide variety of non-human primate species. Three NHP species were evaluated in the present study – the chimpanzee (Pan troglodytes), the pigtailed macaque (Macaca nemestrina), and the rhesus macaque (Macaca mulatta). Of note, it is both technically and morally challenging to use human iPSCs to produce xenogenic organs in other species. By injecting either chimpanzee or pigtailed macaque iPSCs into rhesus macaque embryos, chimeric NHP embryos were generated.

Additionally, researchers injected 8-12 iPSC donor cells into the early blastocysts of rhesus macaques. The tdTomato (tdT) red fluorescent protein was used as an iPSC-specific marker to assess the survival of injected iPSCs via imaging after injection into a rhesus blastocyst.

The rhesus inner cell mass (ICM) and expression of genes involved in cell survival during early embryonic development were determined by comparing the transcriptome profiles of the rhesus macaque ICM to optimized pigtailed and chimpanzee iPSCs. Rhesus macaque embryos were injected with iPSCs transfected with a BCL2 overexpression construct to determine the function of BCL2.

According to the study, inhibiting endogenous WNT signaling increased the proliferation of both chimpanzees and pigtailed macaque iPSCs while their pluripotency and genomic integrity remained unaltered.

A very low success rate was observed in chimpanzee iPSCs after 48 hours of injection; however, chimpanzee iPSCs were able to survive 48 hours after injection. In the formation of interspecies chimeras, the survival of iPSCs within the rhesus macaque blastocysts, 48 hours post-injection, was an important first step.

A qualitative assessment of the gene network revealed that chimpanzees and pigtailed macaque iPSCs expressed BCL2 significantly less than rhesus iPSCs. It has been proposed that BCL2 played a significant role in cell survival in the ICM during early development.

The results demonstrated that BCL2 might be an important tool in chimera formation and the development of custom organs from the NHP blastocysts.

BCL2 expression in primate PSCs does not interfere with their differentiation potential––suggesting that the ectopic expression of BCL2 may be useful in future developmental experiments and organ generation related to blastocyst complementation experiments.

Moreover, iPSCs derived from chimpanzees and humans are co-cultured and co-differentiated, suggesting that chimpanzee iPSCs may be used as a surrogate model system to study the biology of humans.

This study does not consider an in vivo scenario in which injected iPSCs can form primate cross-species chimeras. Although BCL2 overexpression effectively promotes survival and proliferation in the rhesus macaque blastocyst environment, its application remains controversial due to its potential side effects. Whether other genes contribute to the ability of primate naive stem cells to integrate efficiently into closely related species was not accounted for.

The present study on chimpanzee iPSCs will provide a valuable model to guide future research on regenerative medicine in humans and other primates.

I am a medical content writer and editor. My interests lie in public health awareness and medical communication. I have worked as a clinical dentist and as a consultant research writer in an Indian medical publishing house. It is my constant endeavor is to update knowledge on newer treatment modalities relating to various medical fields. I have also aided in proofreading and publication of manuscripts in accredited medical journals. I like to sketch, read and listen to music in my leisure time.