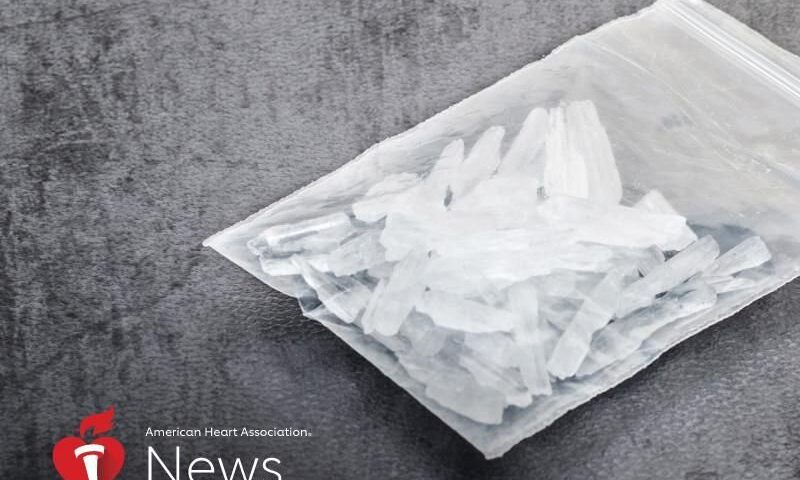 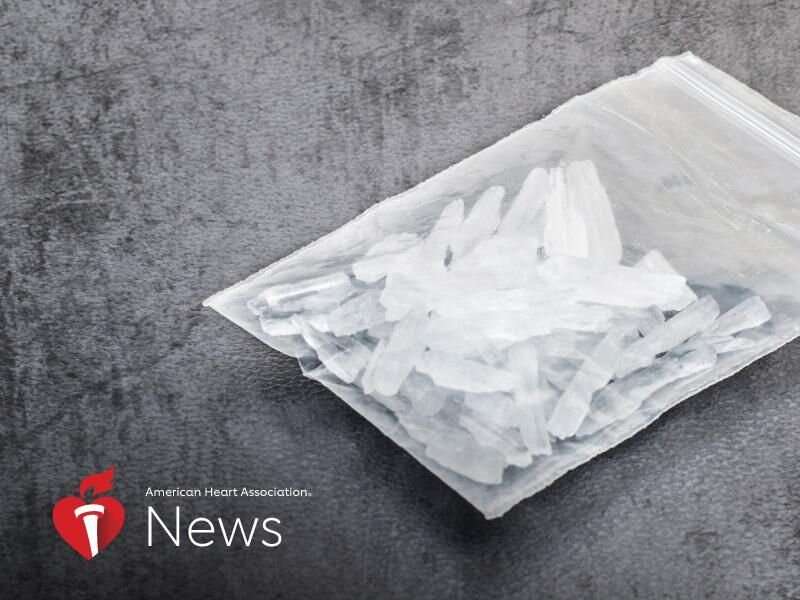 A massive new study spotlights the toll methamphetamine use may take on heart health, suggesting men, people with kidney disease and those with high blood pressure are especially at risk.

The findings, published Monday in the Journal of the American Heart Association, indicated people who used meth faced a 32% overall increased risk for cardiovascular disease, with especially high risks for heart failure and pulmonary hypertension. The higher risks echoed those associated with alcohol misuse and cocaine use.

“Alcohol and cocaine are established risk factors for cardiovascular disease. What was striking to me was that methamphetamine use is just as risky for the heart,” said Dr. Nisha Parikh, lead study author and an associate professor of clinical medicine at the University of California San Francisco.

The public needs to know about these risks, she said. “And we have to provide more resources for people who are using methamphetamines and want to stop.”

Methamphetamine is a highly addictive stimulant with long-lasting, harmful effects throughout the body. It induces a euphoric feeling that starts and fades quickly, encouraging users to binge and crash. Use of the drug is a growing global health crisis, affecting 27 million users worldwide.

Meth use has been associated with several cardiovascular diseases, such as cardiomyopathy, a heart muscle disease that makes it harder for the heart to pump blood to the body, and pulmonary hypertension, high blood pressure in the veins leading from the heart to the lungs. A study published last year in the AHA journal Circulation: Cardiovascular Quality and Outcomes found methamphetamine-related hospitalizations due to heart failure—when the heart doesn’t pump as well as it should—rose 585% over a decade in California alone.

In the 2020 National Survey on Drug Use and Health, almost 1% of the U.S. population age 12 and older reported having used meth in the past year, and 0.6%—about 1.5 million people—reported having a methamphetamine use disorder.

In the new study, researchers analyzed medical records and drug use for more than 20.2 million California residents over age 14 who received hospital care in 2005-2011—either as inpatients, in the emergency department or as surgical outpatients—and who had no history of cardiovascular disease at the start of the study. Of those, 66,199 were identified as using meth. Those who used the drug were younger—an average of 33 years old, compared with age 45 for nonusers—and more likely to be men, smoke, misuse alcohol and have anxiety or depression.

Patients were followed at least three years to see whether they experienced pulmonary hypertension, heart failure, stroke or a heart attack. Researchers also compared the likelihood of experiencing these types of cardiovascular problems among people who used meth, alcohol and cocaine.

Among people who used meth, those who had kidney disease or high blood pressure were more than twice as likely to develop cardiovascular problems than were peers who did not use the drug.

“This paper is a great clarion call to the cardiovascular disease and clinical community to pay attention to individuals who may be using or abusing methamphetamine,” said Dr. Chris Kevil, vice chancellor for research and professor of pathology at LSU Health Shreveport in Louisiana. “The degree of increased risk is really substantial.”

Kevil, who was not involved in the research, said the meth problem extends beyond California and the West Coast. “Here in the South, in Arkansas and Louisiana, we’ve had a rise in methamphetamine substance use as well,” he said.

While researchers don’t fully understand how meth use increases the risk for heart problems, they do know it creates a lot of stress on the body, Kevil said. “And we sometimes see the abuse of methamphetamines leaving lasting impacts on the cardiovascular system.”

Methamphetamine use increases heart rate and blood pressure. It also leads to oxidative stress, inflammation and heart tissue fibrosis, when scar tissue forms in the heart muscle, “all of which contribute to cardiovascular disease,” Kevil said. Oxidative stress is an imbalance between the amount of unstable molecules in the body that contain oxygen and the body’s ability to remove toxic substances from them.