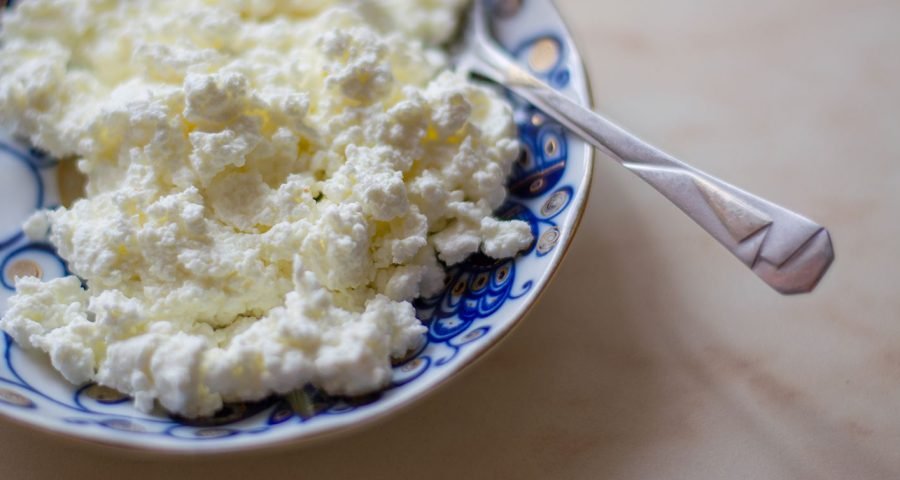 Have you heard of quark? No, I’m not talking about the physics term—quark is the hottest new dairy product to hit the food scene.

But…is it yogurt? Is it cheese? Is it something better? Quark is honestly a little bit tough to categorize, but once you try it, you’ll be shoveling spoonfuls of the stuff topped with herbs or granola into your mouth every chance you get.

Thanks to its mild taste, quark is down to hang with any other flavors while still managing to be the creamy life of the party. So move over, Greek yogurt—there’s a new dairy star in town.

Quark “is technically a cheese,” according to Alyssa Lavy, RD, but it’s very unlike any other thanks to its super-thick consistency, which is a cross between cottage cheese and Greek yogurt. Unlike yogurt, though, quark doesn’t have a tart taste. Instead, it has a mild flavor that you can treat as a savory or sweet snack.

Quark originally comes from Europe, and is “made by warming sour milk which allows it to curdle,” Lavy explains. The product is then strained before adding bacteria, which ferments the lactose and ups the acidity. And, depending on the variety, quark might have added salt (though it usually doesn’t). And it’s almost always vegetarian, unless rennet, which is enzymes from animal stomachs, is added to the mix (and it usually isn’t).

Lavy says that when quark has a lower fat content, it takes the form of spreadable cheese, which tastes great on a bagel. And when it’s made with fatty whole milk, it resembles creamy yogurt—perfect for pairing with veggies, nuts, and a spoon.

Gotcha, but is it nutritious?

100 percent. “It’s a good source of protein, calcium, and probiotics,” according to Lavy. And it’s low in sodium which is a major plus. Here’s how the nutrition info for quark varies, based on type.

With the exception of having less sodium, quark’s nutritional value is very similar to that of Greek yogurt and cottage cheese. So Lavy says to eat all three to your heart’s content, because they’re pretty much equals when it comes to nutrition.

“It just depends on your individual preference,” says Lavy. Quark is great on its own, but you can step up the taste by loading it up like you would with yogurt. Think: fruit, granola, plus a dash of cinnamon or cocoa powder. Or, throw it in a fruit- and veggie-packed smoothie, to add some protein and a creamy texture.

If you want to go the more savory route, quark is game for that, too, just top it with nuts and seeds. Or, if the low-fat spreadable consistency of quark is more your jam, use it as a base for dips, smother veggies in it, or smear it on toast. TBH, whatever you do with it, quark is ready for anything…as long as you eat it pretty quickly, since it has a short 10-day shelf life.