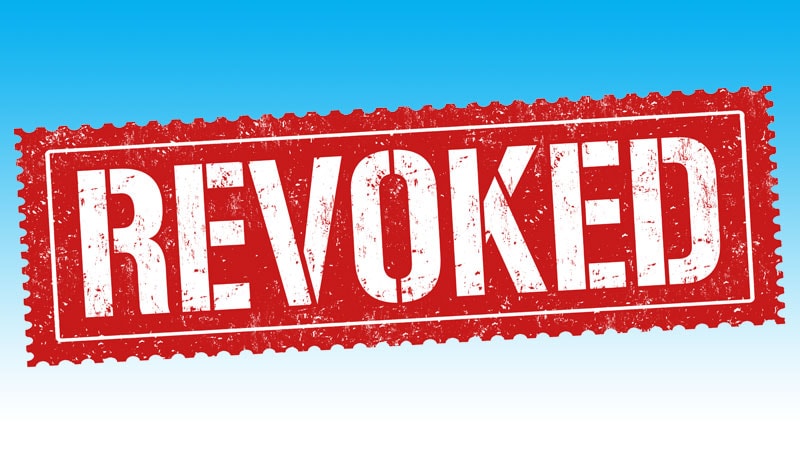 The Osteopathic Medical Board of California has revoked a psychiatrist’s license because it found that he sexually assaulted two patients after giving them ketamine and that he had an affair with the sister of another patient.

In its decision, the board stated that the psychiatrist, Cuyler Burns Goodwin, DO, committed gross negligence, violated ethical standards, departed from the standard of care, and was guilty of sexual misconduct.

“Even if one were to believe respondent’s denial of sexual assaults on Patient B and Patient C, his overall course of conduct in committing multiple other ethical violations and violations of the Medical Practice Act in connection with Patient A’s Sister, Patient B, and Patient C; his attitude toward and lack of insight into his offenses; and his lack of candor at hearing demonstrate that revocation of respondent’s license is required for protection of the public,” the board wrote in its March 8 order.

The board is also seeking to recover almost $65,000 in costs for the investigation, including for legal fees and expert testimony. The psychiatrist is not currently facing any criminal charges.

Goodwin received his medical license in 2013 and opened Sequoia Mind Health, a practice in Santa Rosa, California soon after completing his residency at the University of California San Francisco, according to the board.

The allegations leading to the revocation of his license occurred at the Sequoia Mind Health practice, a family-run business that employed Goodwin’s mother as the office manager, his wife as the sole registered nurse, and his sister who worked reception for a time. Goodwin closed the practice in October 2019.

Until 2020, he worked as an emergency services psychiatrist for Sonoma County Behavioral Health. Other positions included stints at John George Psychiatric Pavilion in San Leandro, at Mendocino County Jail from 2018 to 2021, and at Lake County Jail from 2020 to 2021.

Since closing his practice, he also worked as a psychiatrist for Redwood Quality Management Company in Ukiah, California.

The board notified Goodwin in November 2020 that it was opening an investigation into his conduct.

Patient A came to Goodwin in 2017 as an uninsured, homebound, 24-year-old with schizophrenia. He had not received previous mental health treatment and was entirely dependent on his family because of the severity of his symptoms.

Goodwin agreed to make home visits to provide medication management and psychotherapy and was paid in cash by the patient’s sister, who was a point of contact for the family.

The sister and Goodwin developed a friendship and, after commiserating about their troubled marriages, began a sexual relationship in 2018 and decided they would divorce their spouses and marry each other.

However, in November 2018 the sister became pregnant and, at her request, Goodwin prescribed misoprostol to induce an abortion. The affair and the abortion were later discovered by the sister’s family, who agreed to not file a complaint with the medical board in exchange for Goodwin agreeing to cease communications with the sister.

Nevertheless, the two continued the affair and in February 2019 the patient’s father and mother each separately complained to the medical board. The sister also sent a letter to the board urging against disciplinary action — but later acknowledged that the letter was prepared by Goodwin.

The family removed Patient A from Goodwin’s care in 2019. The sister’s relationship with Patient A and her family was damaged; she subsequently divorced her husband and moved out of state. She later told the board she regretted the relationship and knew it was wrong.

When Goodwin was initially interviewed in 2019 by the medical board, he refused to discuss the relationship or the misoprostol prescription. Then, at a later hearing, he said he did not see anything wrong with the relationship and did not believe it affected the care of Patient A.

The medical board’s expert witness said Goodwin’s behavior “showed he either had no knowledge of ethical boundaries or chose to ignore them, showing poor judgment and ‘cluelessness’ about the potential adverse effects of having a sexual relationship with Sister, which had the significant potential to compromise Patient A’s treatment.”

Patient B came to Goodwin in 2017 to help taper her anxiety and depression medications. She informed him she had experienced multiple sexual assaults. He helped her taper off the drugs within a month and then hired her to work part-time at the practice’s reception desk.

After her symptoms worsened again after a traumatic event, Goodwin recommended the use of ketamine. Patient B received five ketamine treatments in a month with only Goodwin present in the room.

During one of those treatments he asked her questions about her sex life.  Another night in the office he asked her to have a glass of wine with him and then allegedly sexually assaulted her.

Patient B soon quit the job via text, telling him his behavior was inappropriate. She told Goodwin she would not say anything about the assault but asked for a letter of recommendation for another job. Goodwin texted back that she was “100% right,” and he would give her a great recommendation, which he later did.

A year later, in 2019, Pamela Albro, PhD, a psychologist who provided therapy at Sequoia Mind Health, contacted Patient B to ask why she quit.

When Patient B told her about the assault, the therapist asked to share her name with Patient C, who had a similar experience. Patient B agreed and then submitted a police report and a complaint to the medical board in March 2019.

Patient C attended Goodwin’s clinic in May 2017 after a suicide attempt that required hospitalization. She told Goodwin she had experienced sexual trauma and assault in the past. Goodwin referred Patient C to Albro for therapy, managed her medications himself, and hired her to work at the clinic’s reception desk, even though she was still a patient.

Patient C worked 32 hours a week and took on other duties that included assisting in the administration of transcranial magnetic stimulation to clinic patients.

In late 2017, Goodwin recommended ketamine for Patient C and she received seven treatments from December 2017 through April 2019. There were no records of vital signs monitoring during the treatments, and Goodwin’s wife was present for only two sessions.

During the first treatment, where Patient C said she was feeling “out of it,” Goodwin allegedly sexually assaulted her.

Because of the ketamine, she told the medical board she was unable to speak or yell but said, “I screamed in my head.” After Goodwin left the room, she said she felt afraid, ashamed, and wanted to go home. Goodwin walked her to the lobby where her husband was waiting.

The patient did not tell her husband about the assault because she said she felt ashamed, and said she did not report Goodwin because it was not safe.

Patient C continued to work for Goodwin, calling it a confusing time in her life. She later learned about the affair with Patient A’s sister and about Patient B’s experience and resigned from the clinic in July 2019.

She still did not discuss the assault until early 2021 when the board contacted her again. She confided to her primary care physician, who noted that her PTSD symptoms had worsened.

Goodwin said in the disciplinary hearing that hiring Patient B and Patient C was “boundary crossing,” but he denied allegations of asking inappropriate questions or of sexual assault. The board, however, characterized the testimony of Patient B and C as credible.

All of Goodwin’s other employers said at his disciplinary hearing that they believed he was a good psychiatrist and that they had never seen any unprofessional behavior.

The revocation of Goodwin’s license will be effective as of April 7. Goodwin’s attorney, Marvin H. Firestone, MD, JD, told Medscape Medical News he had “no comment” on the medical board’s decision or about his client.

Alicia Ault is a Lutherville, Maryland-based freelance journalist whose work has appeared in publications including JAMA, Smithsonian.com, the New York Times, and the Washington Post. You can find her on Twitter @aliciaault.