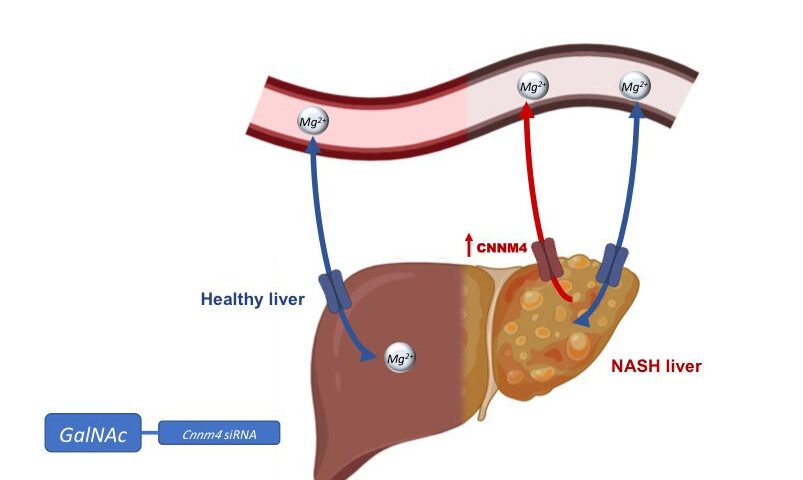 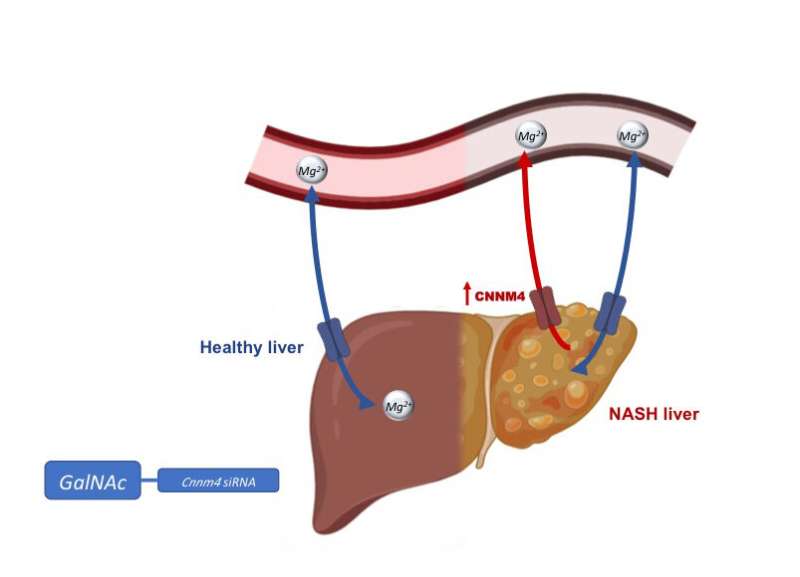 An international team of researchers has identified the CNNM4 protein as a key regulator of magnesium in the liver and potential therapeutic target for non-alcoholic fatty liver disease, according to a study published in the Journal of Hepatology.

Non-alcoholic steatohepatitis, a form of fatty liver disease characterized by inflammation and liver fibrosis, is associated with obesity and has a worldwide prevalence of 1.7 billion people.

Unhealthy nutritional habits and dietary imbalances are recognized as causes of many diseases. Magnesium is widely available in both plant and animal foods; most vegetables, legumes, peas, beans, and nuts are rich in magnesium, as are some seafood and spices. In recent years, there has been growing concern about inadequate magnesium intake in the general population. According to the National Health and Nutrition Examination Survey (NHANES), 79% of U.S. adults do not meet the recommended intake of magnesium.

In the Journal of Hepatology study—led by Malu Martínez Chantar, principal investigator of the Liver Disease Laboratory at Spain’s CIC bioGUNE and CIBER de Enfermedades Hepáticas y Digestivas (CIBEREHD), and Jorge Simon, first author of the publication—the researchers found a higher expression of the CNNM4 protein in both patients with non-alcoholic steatohepatitis and mouse models of the disease. CNNM4 facilitates transport of magnesium out of the liver and is responsible for the imbalance in the levels of magnesium that ends in the development of liver disease.

“These patients have an altered magnesium export machinery that increases the vulnerability of their liver to suffer inflammatory processes, development of fibrosis and fat deposition,” explains Martínez Chantar. “This study also presents a novel therapeutic approach based on GalNac-siRNA technology that specifically targets the liver by modulating CNNM4 levels. The CNNM4 molecule developed from Silence Therapeutics’ proprietary mRNAi GOLD (GalNAc Oligonucleotide Discovery) Platform effectively protects from liver pathology in preclinical models of steatohepatitis.”