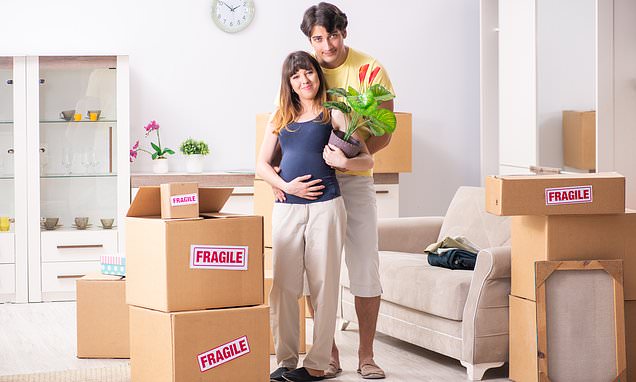 Pregnant women who move house during their first trimester are 42% more likely to have a premature baby, finds study

Pregnant women who move house during their first trimester are 42 per cent more likely to have a premature baby, research suggests.

A study of more than 140,000 women also found relocating in the early months of pregnancy raises the risk of a low-birth weight by 37 per cent.

Moving house can be stressful, noted the scientists at the University of Washington, Seattle.

Past research suggests feeling frazzled early on in pregnancy causes more harm to an unborn baby than when its mother struggles to cope later on.

The physical strain of moving, along with disruptions to healthcare when arriving in a new area, may also be to blame, the researchers wrote. 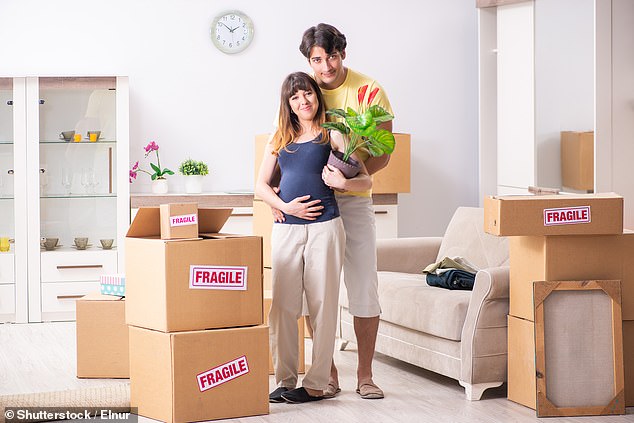 ‘Major life transitions’, such as having children, often prompt people to move house, the researchers wrote in the British Medical Journal.

Studies have shown between 11 and 25 per cent of women relocate while pregnant.

Frequently moving house as a child has been linked to poor health, however, less was known about whether it leads to pregnancy complications.

To find out more, the researchers analysed the birth certificates of babies who were born between 2007 and 2014 in Washington State.

They randomly selected 28,011 women who moved house during their first trimester.

These were compared against 112,451 women who gave birth the same year but had not moved.

Results revealed 9.1 per cent of the women who moved while pregnant had a premature delivery, versus 6.4 per cent of those who did not relocate.

Of those who moved in the first trimester, 6.4 per cent gave birth to a baby of a low birth weight – compared to the 4.5 per cent who stayed in the same house.

WHAT IS A PREMATURE BIRTH, AND WHAT ARE THE RISKS TO BABIES?

Around 10 per cent of all pregnancies worldwide result in premature labour – defined as a delivery before 37 weeks.

When this happens, not all of the baby’s organs, including the heart and lungs, will have developed. They can also be underweight and smaller.

Tommy’s, a charity in the UK, says this can mean preemies ‘are not ready for life outside the womb’.

Premature birth is the largest cause of neonatal mortality in the US and the UK, according to figures.

Babies born early account for around 1,500 deaths each year in the UK. In the US, premature birth and its complications account for 17 per cent of infant deaths.

Babies born prematurely are often whisked away to neonatal intensive care units, where they are looked after around-the-clock.

What are the chances of survival?

This remained true ever after other risk factors, including age, education, income and smoking, had been accounted for.

The results further revealed moving house raised the risk of having a small baby by nine per cent.

However, this was not statistically significant after other factors were taken into account.

‘The negative impact of moving [could be] driven by the stress from the move itself, stressful situations leading to a move or disruption of care because of the move’, the researchers wrote.

‘Asking patients about plans to move and using that as an opportunity to counsel patients on stress mitigating techniques and care continuity may be beneficial.’

The researchers stress they did not look at the reason for the move, or whether the women entered a more or less affluent area, both of which could influence pregnancy health.

‘Despite these limitations, our results yield important insights regarding moving during pregnancy,’ they wrote.

Dr Nadja Reissland, professor in psychology at Durham University, who was not involved in the research, said: ‘This seems an interesting study and the main finding seems to relate what is well known about stress in the first trimester.

‘Stress can be bereavement, natural disasters, money worries and of course moving house is another stressor.

‘The message to take from this study is to reduce or avoid stressful scenarios when it is within your control to do so.

‘However, women should not worry too much if they have to move house as the increased risk of harm to their unborn child is very small.’

Comparing women who were forced to move house to those who did so voluntarily may also be helpful, Dr Reissland added.