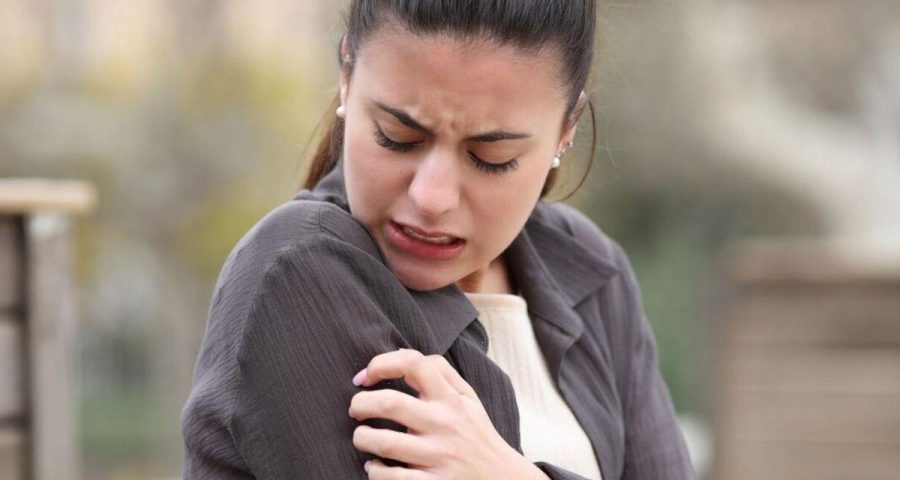 By drinking just two drinks of alcohol per week, you are “significantly” more likely to develop psoriasis. Dr Kassam said: “In women, consuming more than two to three alcoholic beverages per week was significantly associated with developing psoriasis, a risk attributed mainly to beer intake.” Psoriasis is an “immune-mediated disease” that involves “inflammation of the epidermis”.

The most common form of psoriasis, known as psoriasis vulgaris, accounts for 80 percent of cases.

The doctor said “the lesion can be painful and disfiguring”, and the marks can impact self-esteem and quality of life.

She said: “Alcohol overuse is associated with substandard response to treatment.

“Even in light to moderate alcohol users, alcohol consumption is correlated with disease severity.”

Psoriasis is often associated with many co-morbidities, such as: obesity, metabolic syndrome, diabetes, and cardiovascular disease.

Dr Kassam stated that “emotional stress” could also worsen symptoms, although the flare-up could occur up to a month later than when the stressor was experienced.

How to reduce inflammation

Trials have found that low-calorie, plant-based and Mediterranean diets have resulted in improved symptoms for psoriasis patients.

“There are several reasons psoriasis sufferers can benefit from an exclusively plant-based diet,” said Dr Kassam.

“A lower intake of the omega-6 fat arachidonic acid (found in meat and eggs) is a precursor of leukotriene B4, which has a known role in aggravating psoriasis,” she explained.

When it comes to cooking, the recommendation is to steam, poach or boil, instead of grilling, roasting, or barbecuing.

Dr Kassam noted: “Improvement of psoriasis is commonly reported following the adoption of a plant-based (vegan) diet; however, controlled trials are largely absent at this stage.”

In addition to reducing or eradicating animal products in the diet, Dr Kassam added that people who have psoriasis would be better off cutting out pastries, cakes, biscuits, crisps, and chips.

In terms of alcohol, Dr Kassam emphasised: “Restrict alcohol as much as possible; eliminate if possible.”

Dr Shireen Kassam is the Consultant Haematologist and Founder of Plant Based Health Professionals.