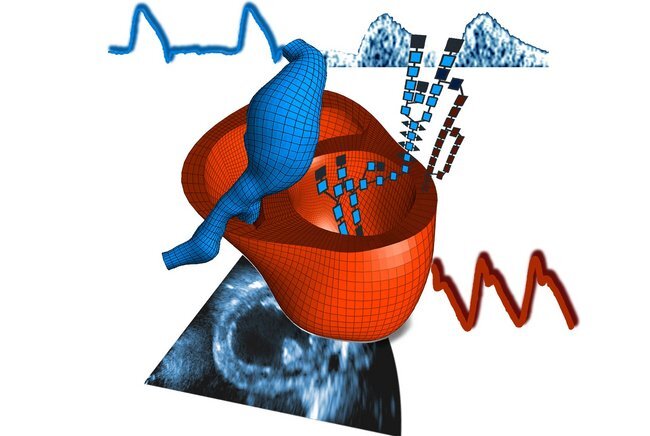 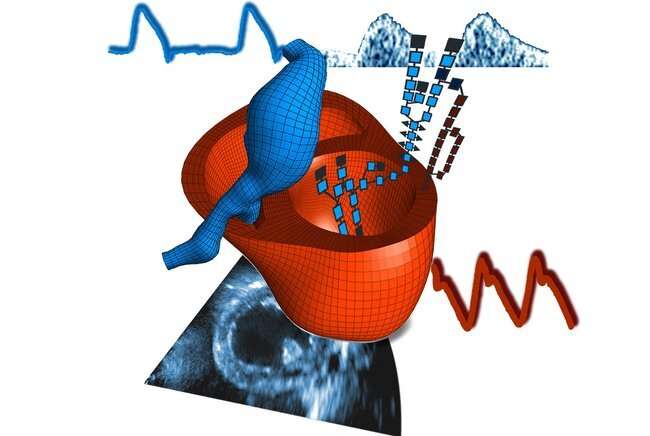 Computational models of the heart could be a precious tool for cardiologists during diagnosis and decision making. They can help with the interpretation of a patient’s clinical measurements to discover the underlying pathology or to simulate different intervention scenarios. Typically, the model requires a personalization stage that incorporates a person’s specific heart geometry, but should ideally also include orientation of the muscle fibers. Ph.D. candidate Luca Barbarotta of the TU/e Department of Biomedical Engineering researched the impact of different choices for geometry and fiber orientation on the outcomes of the model. He successfully defended his thesis on 13 January 2021.

Barbarotta quantified the impact that different choices for the modeling of geometry and fiber orientation have on the resulting strain prediction and made a first step towards data assimilation by estimating patient-specific fiber orientation from end-systolic strain. He also proposed a methodology to estimate how sensitive end-systolic strains are to physiological variations.

He created six shape models describing the anatomy of 300 healthy hearts to represent a multitude of geometries in the neighborhood of one standard deviation around the average patient geometry. Information from two atlases of fiber orientation, obtained from ex-vivo Diffusion Tensor Imaging, was used to represent variations of one standard deviation around an average configuration.

These findings show that fiber orientation affects end-systolic strain distributions at least twice as much as geometry. The transverse angle of the fibers is the main contribution, although their longitudinal angle also matters. When compared to the influence of heart geometry, only the size of the left ventricle has an impact somewhat comparable that of fiber orientation.

To help obtain the valuable fiber orientation data, Barbarotta also proposes a methodology to estimate this orientation from data that can be measured in the clinic. With this methodology, the difference between the estimated and actual fiber orientation was found to be within the mean DT-MRI measurement error of 10 degrees.