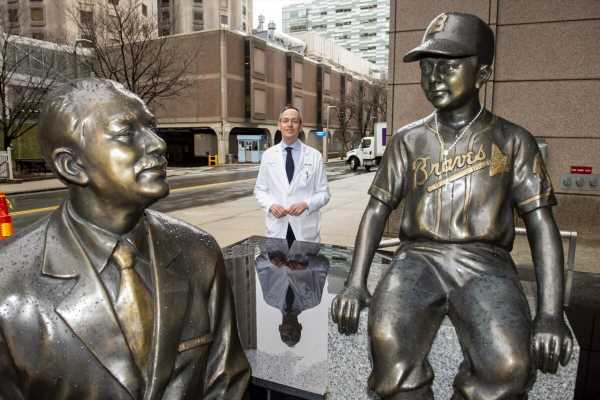 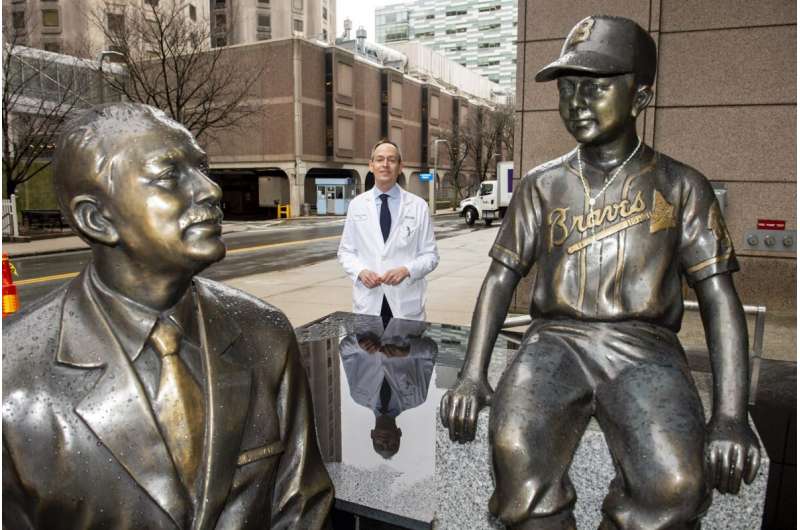 Arecent study showed that personalized cancer vaccines designed to fight melanoma, the deadliest form of skin cancer, maintain their effects on the immune system years after inoculation—another step in efforts to harness the immune system as an ally in the fight against cancers of all kinds.

The work, led by researchers from Harvard Medical School, the Dana-Farber Cancer Institute, Brigham and Women’s Hospital, and the Broad Institute of MIT and Harvard, conducted detailed analyses of the immune responses of eight people who had been inoculated with a vaccine, NeoVax, designed to be effective against their specific tumors. The Gazette spoke about the work, published in Nature Medicine, with one of the study’s leaders, Patrick Ott, associate professor of medicine at HMS, clinical director of Dana-Farber’s Melanoma Disease Center, and a researcher at the Broad.

GAZETTE: You and your colleagues reported success with a personalized vaccine against melanoma, a dangerous form of skin cancer. What is a personalized cancer vaccine?

OTT: A personalized cancer vaccine—I might add the word “neoantigen,” because the key here is that the personalization allows us to target new antigens that are very specific to tumors. They are encoded by mutations that are only present in the tumor and so we would expect them to behave like a viral antigen, something that the immune system can recognize as foreign. Antigens that are specific to the tumor and that the immune system is able to target have been elusive in the cancer vaccine world for a long time.

GAZETTE: So this vaccine is designed for a specific, individual tumor, not even the tumor type, where you’re targeting a mutation that’s shared by many tumors in different people who have that particular lung cancer or that particular breast cancer?

OTT: Exactly. That is partially out of necessity, because the shared mutations are the exception.

GAZETTE: What did your study find?

OTT: In this specific study, we followed up on our initial work published four years ago in Nature where we, for the first time, had tested this concept of a personal vaccine in cancer patients.

The patients treated in the study had high-risk melanoma, which means that they had their melanoma surgically resected and they’re free of the melanoma after the surgery. Then they received the vaccines in order to prevent a recurrence. We showed safety, we showed feasibility, and we showed robust immune responses in that initial study. We had two patients out of six who had complete responses after they were subsequently treated with PD-1 inhibition [a drug that allows the immune system to target cancer cells] after vaccination.

In the current study, we set out to follow up on these patients. We wanted to know whether the immune responses against vaccine neoantigens that we had seen initially were still present.

And we found responses, we saw durability of these T-cell responses, which was very rewarding.

With high-resolution tools to dissect vaccine-specific immune responses, we found changes very much as one would expect after vaccination. Weeks after the treatment, genes that are important to kill tumor cells were upregulated. Eventually, after several months, they took on a memory T-cell type toward the end of the vaccination course.

GAZETTE: So this is a normal immune response where the body ramps up its ability to attack these tumor cells and then stores the memory so that it can respond quickly if it sees them again?

OTT: Exactly. When we vaccinate, we really want to expand the spectrum of T cells that can recognize an antigen or the tumor. You start out with maybe one clone or a few clones, and then you really want to broaden the repertoire of T-cell receptors in order to make the attack broader. And as we looked over time—prevaccination, week three, week eight, week 12, up until week 24—we saw novel T-cell receptor clonotypes, meaning distinct T-cell receptors that had not been present shortly after vaccination. That’s what we call diversification. Not only did we see this diversification, which was somewhat unexpected in its extent, but we then were able to definitively prove that the T-cell receptors were, in fact, specific for the vaccine.

GAZETTE: The most recent study followed eight people with advanced melanoma who’d already gone through surgery. With a small sample size, what conclusions can we draw?

OTT: The study was too small to make any definitive conclusion on clinical activity, so the work mainly focuses on the high-resolution immune analyses, learning about these neoepitope specific T-cells, learning more about the vaccine-induced immune response. Cancer vaccines have been around for decades, so what’s unique about these results with personal neoantigen vaccines is that the responses that we see are generally much more robust and consistent. It’s really novel that there’s a truly durable response over several years, which we saw in all patients, against multiple epitopes. I thought that was really rewarding.

OTT: At Dana-Farber, working in an academic environment, we do not have the resources to go into large, ideally randomized, trials. On the academic side, we are very interested in making iterative changes to the vaccines, testing the vaccines in different tumor settings, including different tumor types and stages. We have a study in glioblastoma that’s combining the vaccine with PD-1 inhibition and uses different timing between vaccine and PD-1 inhibition. We have another study in renal cell cancer where we make tweaks to the vaccine and use ipilimumab [a checkpoint inhibitor] locally injected next to the vaccine. We are running another melanoma study in which we include the local ipilimumab and also test another tweak in the vaccine, which is using another agent that’s used in the formulation.

Another important area is how to best select the right neoantigens. In melanoma, you have highly mutated tumors and hundreds, sometimes thousands, of mutations. We can only utilize approximately 10 to 20 in the vaccine, so we have to prioritize the best targets.

GAZETTE: How long until patients are using this? Ten years? Twenty years?

OTT: Hopefully not that long. Since our pioneering studies that started almost a decade ago this field has grown a lot, with many efforts ongoing in industry and at academic centers.

What is interesting is that both companies that developed now-FDA-approved RNA vaccines against SARS-CoV-2, Moderna and BioNTech, are also pioneers in the neoantigen vaccine field. Ugur Sahin, the founder of BioNTech, for example, published along with us in Nature 2017 on a similar study on melanoma patients using an RNA vaccine. BioNTech, partnering with Genentech, is running randomized, personalized vaccine studies in cancer patients already. You can certainly say it’s an expanding field, where there are already studies ongoing that test whether vaccine plus PD-1 inhibition is better than PD-1 inhibition alone in melanoma, non-small cell lung cancer.

GAZETTE: What is the timeframe for these things to be available?

OTT: It will be a few years. There are certainly challenges that need to be overcome, most importantly reducing the time and cost of manufacturing, but also identifying the vaccine platform that is most suitable to this personalized approach. Given the relative ease in manufacturing and the versatility of nucleic acids, it may very well be an RNA or a DNA vaccine. Also, we need to learn how to best combine the vaccine with additional immune interventions.

GAZETTE: Do you see a time where this is routine?

OTT: I am fairly confident that we can overcome the challenges, particularly because there are so many players in the field now. The time it takes to make these vaccines can be vastly improved upon. There are no inherent biological challenges such as the need to grow immune cells in the laboratory for weeks, which is often necessary for cell-based immune treatment. With the right technology and scaling, tumors can be sequenced and neoantigen targets can be identified, and the vaccines can then be manufactured within a few days instead of weeks.

GAZETTE: So we’re adept already at doing the kinds of things that are going to be needed to make vaccines, but we have to figure out what the best targets are?

GAZETTE: Are there particular tumors for which this might be a particularly important approach one day?