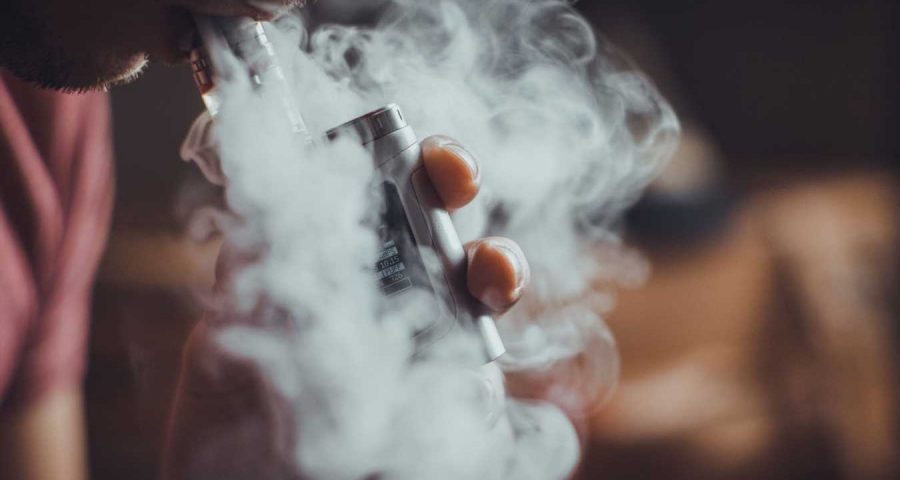 A Pennsylvania teen is in a medically induced coma after suffering from an unknown lung illness that is likely due to vaping.

Kevin Boclair, 19, is now dependent on a heart and lung machine at Hospital of the University of Pennsylvania, where his health has deteriorated over the last few weeks.

“It’s horrible, every day to see him like this,” his mother, Debbie Boclair, told ABC 6.

The college student started experiencing coughing fits two weeks earlier and went to the hospital when they seemed to be worsening. There, doctors worked to identify his lung problems and devise a treatment plan, but they’ve struggled with exactly how to help him. Although Kevin has asthma, but Debbie, a registered nurse — as well as the doctors — believe that his lung problems are likely caused by e-cigarettes.

“They know it’s vaping, but this is even new to the doctors,” Debbie said. “They told me outright, we’re treating all the things he has. When he came in he had double pneumonia — they treated that with antibiotics. They’re treating all the different things. But there’s parts they don’t even know what’s going on.”

Debbie said that doctors are unsure whether Kevin will recover on his own, require lung surgery — or even survive.

“Honest to God, the first time I walked in there after right after this whole thing, I honest to God thought he was dead. He looked dead,” Len told the news outlet.

Along with Kevin, several other teens and adults have spoken out about developing lung illnesses related to vaping. A 17-year-old in Texas said his lungs were completely blocked after years of vaping, and a 19-year-old woman in Utah said she will “never vape again” after she nearly died.

At the end of August, the Centers for Disease Control announced that they are investigating nearly 200 reported cases of breathing problems related to vaping across the country, including one that left an Illinois resident dead.

Debbie and Len are urging kids to stop using e-cigarettes.

“I don’t know how we can get parents to stop the kids, so I want to tell the kids right out, you’re smart kids — just don’t do it,” she said.

“No parent should ever have to see that of their kid,” Len added.