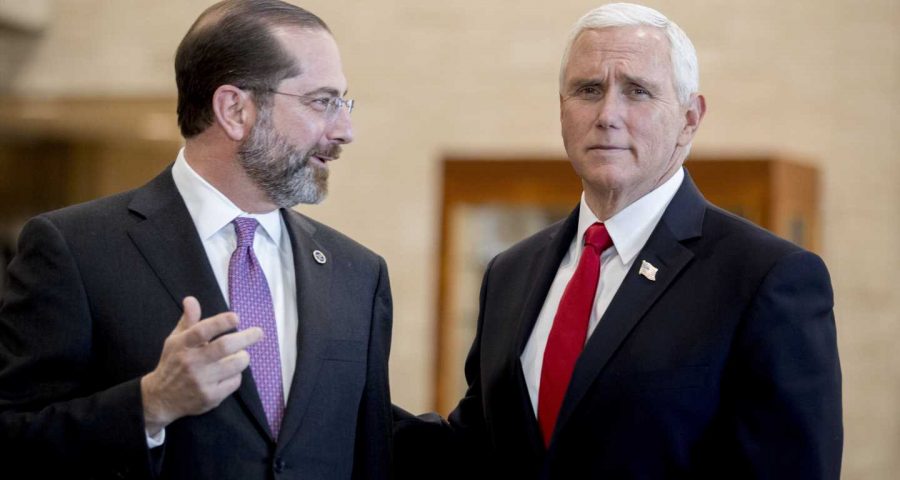 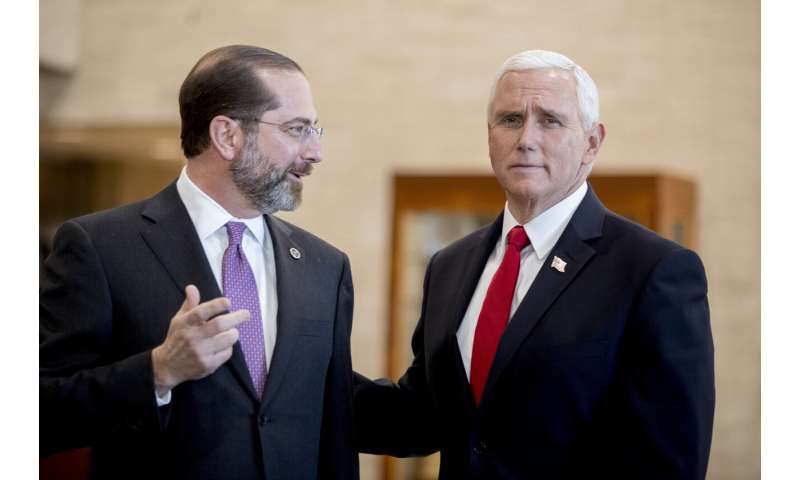 Vice President Mike Pence moved Thursday to project calm in the role of chief coordinator of the government’s response to the new coronovirus, as the Trump administration rushed to contain mounting public concerns and steep stock market declines.

Pence convened his first meeting of the Coronavirus Task Force one day after President Donald Trump made him the government’s point-person for the epidemic. He named a seasoned medical professional as his chief adviser on the response and said Trump had “tasked us to take every step necessary to protect the health of the American people.”

It came amid confusion over who was leading the inter-agency coordinating process to confront the virus. Health and Human Services Secretary Alex Azar stood side-by-side with Trump on Wednesday when the president announced that he was putting Pence “in charge” of the government’s response to the virus. At the end of the briefing, Azar said he was “delighted” to have the vice president’s help, but also said he wanted to “clarify” that “I’m still chairman of the task force.”

Until now, acting White House Chief of Staff Mick Mulvaney had the role of coordinating the response across the government outside of the health care agencies. Facing questions about the new organizational chart from lawmakers Thursday, Azar said Pence would now fill that role. 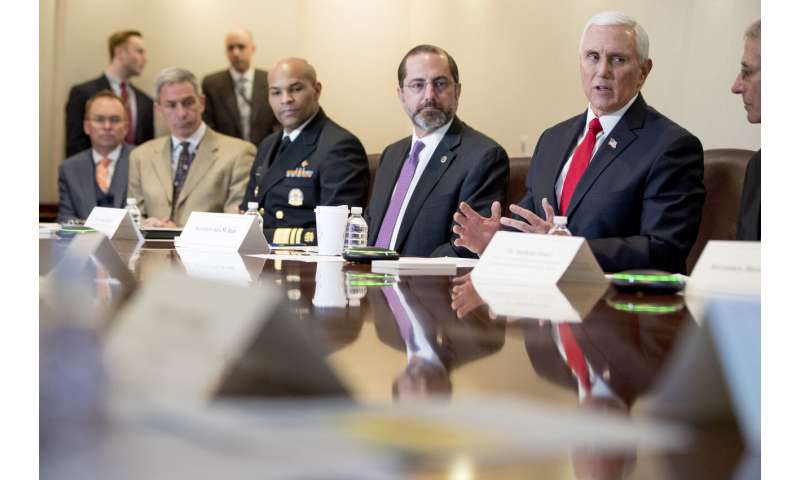 Administration aides insisted there was no daylight between the two men, noting that Pence had scheduled the first meeting to be held at HHS, rather than at the White House.

Ahead of his first task force meeting, Pence made an appearance at CPAC, the Conservative Political Action Conference, where he promised “we will continue to bring the full resources of the federal government to bear to protect the American people.”

The White House had wavered on whether to name a “czar” to coordinate the virus response.

Reacting to the sliding stock market and bipartisan congressional calls for stronger administration leadership, Trump said Pence would not be a “czar” but that he wanted to have “everybody report to Mike” and then Pence would report to him. Trump said that the scope of the threat now extended beyond the purview of HHS to other Cabinet departments. 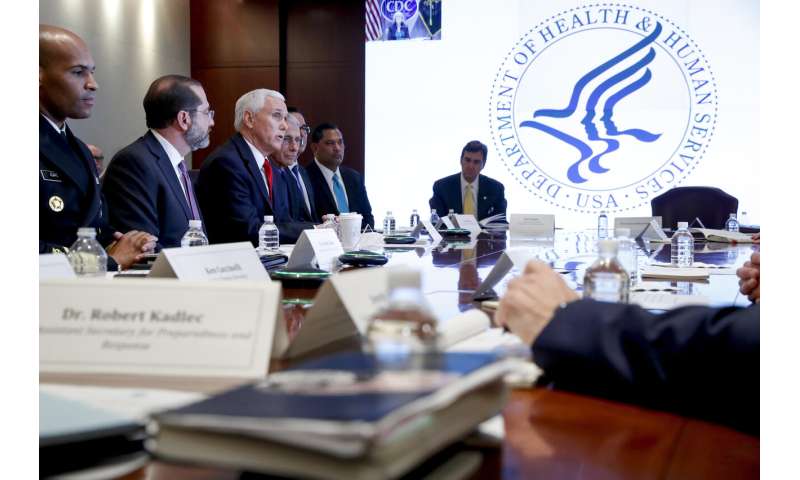 Pence on Thursday brought in Debbie Birx, the administration’s global AIDS coordinator and a medical doctor, to serve as his chief adviser for responding to the virus outbreak. He also added Treasury Secretary Steven Mnuchin and Larry Kudlow, the director of the National Economic Council, to the task force, a recognition that the virus was quickly becoming an economic, not just a public health, threat.

The White House and Pence’s team moved Thursday to control the flow of information from federal agencies about the virus response, ordering that public communications be cleared by their offices. A person familiar with the matter, who spoke on the condition of anonymity to discuss the internal guidance, said the decision was made to ensure the whole-of-government response was on message.

Ron Klain, who coordinated the U.S. response to the ebola threat during the Obama administration, had a sharp retort to Trump’s comment Wednesday that “because of all we’ve done, the risk to the American people remains very low.”