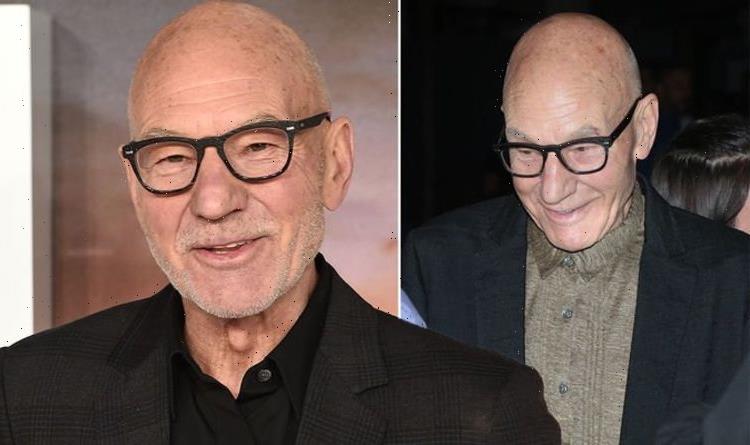 After starting his career with the Royal Shakespeare Company, Sir Stewart moved into television and film work in the 1980s. It was then when he became part of the Star Trek franchise. He also joined the X-Men series of films as Professor Charles Xavier. In 2010 he was knighted for his services to drama. Off screen, it was his unexpected diagnosis with heart disease and the traumatic death of a friend that made him think about his own mortality.

The 81-year-old appeared on This Morning to talk about his support for assisted dying and the right to die. During the interview he also talked about his own health problems that have made him even more firm in his beliefs.

Sir Stewart was rushed into emergency heart surgery after an annual physical by a cardiologist revealed that he had heart disease.

“But what I did know was that I was in the best possible hands I could’ve been in and I was going to be taken care of whatever the outcome. But yes, it was a wake-up call – Patrick, you are not immune.”

The emergency surgery removed an 85 percent blockage and inserted a stent tube to keep the area from clogging up again.

Now, the actor has to see doctors twice a year so they can perform multiple different tests including an angiogram – an X-ray that allows doctors to see your heart’s blood vessels.

The star states that those who have a debilitating and incurable disease but are still mentally competent should be allowed to choose their hour of death. In adopting this view he is also a patron of Dignity in Dying, a campaign group who aims to change UK laws on assisted dying for the terminally ill.

What is coronary heart disease?

Coronary heart disease (CHD) is a major cause of death worldwide including in the UK. It is caused by arteries in the heart narrowing due to a build-up of fatty material within their walls.

Arteries are essential in delivering the heart with oxygen-rich blood and if they are too thin the heart will not receive the oxygen or the blood it needs to survive.

If a part of this fatty material – known as atheroma – breaks off from the artery wall it can cause a blood clot to form. This clot can also block the supply of blood and oxygen to the heart causing a heart attack.

According to the British Heart Foundation, CHD develops slowly over time meaning that symptoms are different for everyone. Some do not even realise they have heart disease before they have a heart attack.

The term angina is used to describe the most common symptoms of CHD, which includes chest pain, shortness of breath, pain travelling through the body, feeling faint and nausea.

The Mayo Clinic states that women are more likely than men to have less typical signs and symptoms of CHD or a heart attack.

Signs of a heart attack are similar to that of CHD including shortness of breath, fatigue and nausea. But it can also include a crushing sensation in your chest, pain in your shoulder or arm and sweating.

Heart UK states that heart disease is the number one killer in the UK and Europe. Although there are some risk factors such as age, gender and genetics that cannot be helped, there are other lifestyle and health factors that individuals can manage to reduce their risk.

One of the biggest risk factors that individuals are able to control is high blood pressure. This is extremely harmful to arteries and can not only increase your likelihood of heart disease but also heart attacks and stroke. To prevent blood pressure from rising it is essential to achieve and maintain a healthy body weight, keep alcohol intake moderate and reduce salt intake.

High cholesterol is another common risk factor and can be lowered by eating a healthy diet with minimal saturated fats and medication. Too much cholesterol will lead to it being deposited on the walls of arteries which then leads to them becoming blocked.