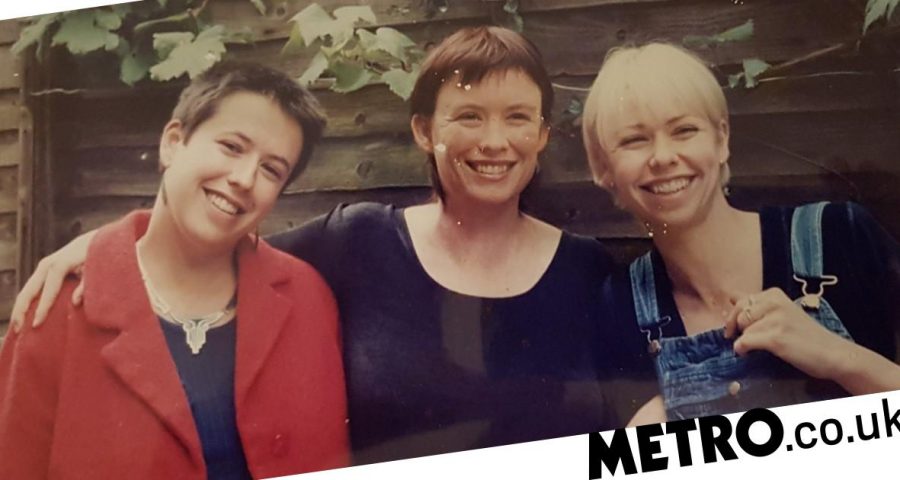 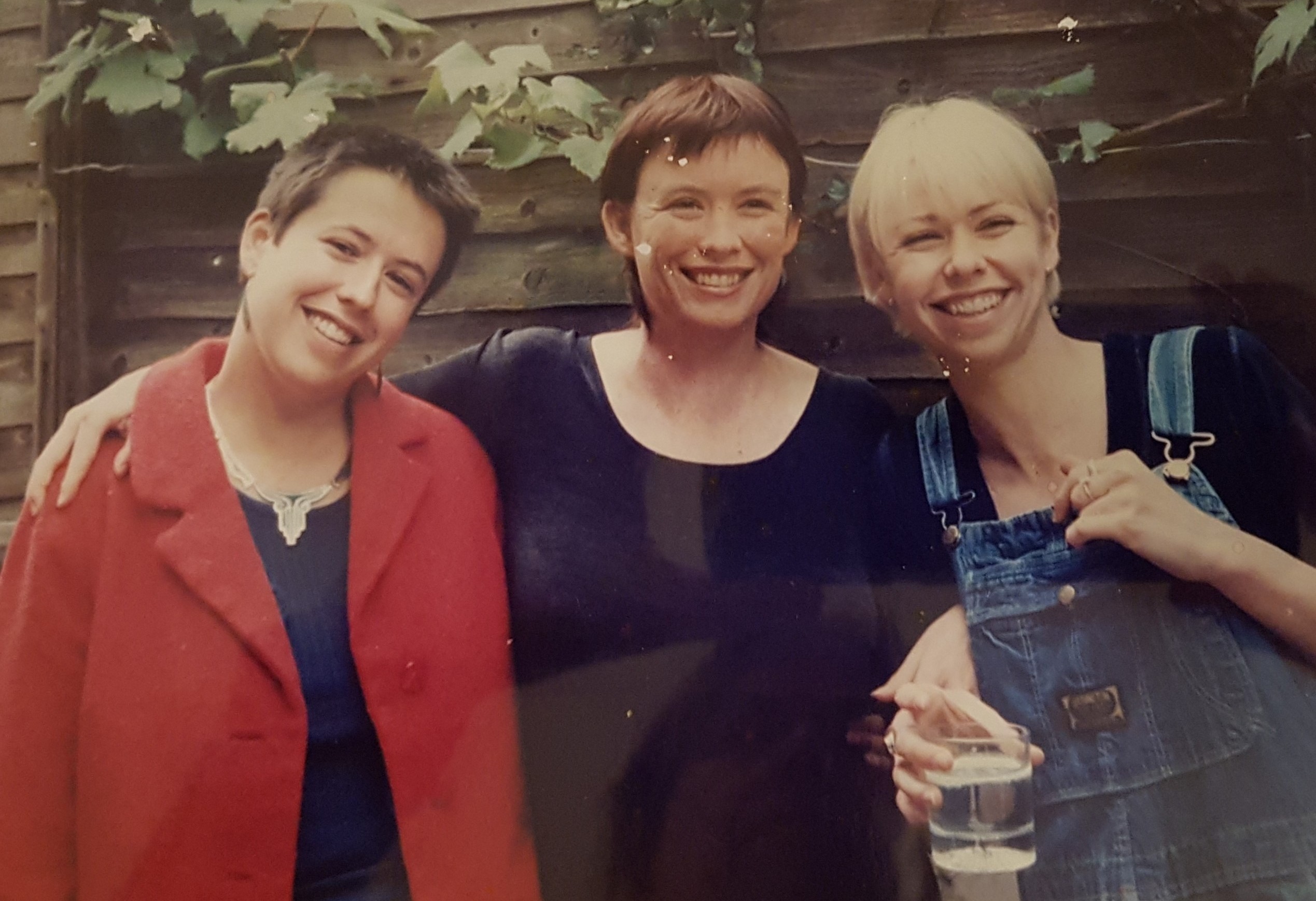 Michele Bird was one of a kind – courageous, determined, kind and quick-witted.

She was taken away too soon after being diagnosed HIV positive at just 25 years old, in 1990. She sadly died from AIDS-related illnesses five years later.

Michele was diagnosed just before Christmas. At the time, she was doing teacher training and found out after donating blood. She initially thought she was going to die within months of her diagnosis – that’s how everyone was treating her.

Only those very close to her knew about Michele’s diagnosis for nine months – the stigma was so enormous. But once Michele started meeting other positive people, she realised that she needed to live in the open.

Like all HIV activists in those early days, she knew she had limited time to campaign in the handful of years between diagnosis and death (if you were lucky).

Once she had come to terms with her diagnosis – as much as someone can – she threw herself into fighting what she called ‘a world of silence’ around women and HIV and refused to let the virus ruin her life.

Our sister and friend talked to anyone who would listen, and those who wouldn’t.

At this time in the HIV epidemic, the level of discrimination towards everyone living with the virus was abhorrent – but women faced the unique challenge of a complete lack of recognition that they could also be affected by the virus.

The incorrect narrative that HIV was ‘a gay plague’ meant that positive women were erased from conversations around it.

This is still a challenge that many women face today – almost 27 years after Michele died.

Michele was fully aware of her privilege as a white, well educated, middle-class woman and wanted to use it to ensure that no one was left behind in the fight against HIV – in the UK and beyond.

Despite the fact women make up one third of people living with HIV in the UK, and over half (52%) of the worldwide HIV population. The misconception that HIV is something that only affects certain groups is harmful – it’s one of the reasons why an unacceptably high number of women in the UK are diagnosed with HIV late.

In 2020, 51% of straight women had a late HIV diagnosis – this means that they’ve tested positive after the virus has already damaged the immune system.

Michele fought tirelessly for the rights of women living with HIV, as a founder member of the International Community of Women Living with HIV and AIDS (ICW), and of Bristol AIDS Healthcare Action (BAHA).

She worked for prevention and acceptance by speaking to thousands of young people in schools across the UK and made sure health providers attended open meetings to directly hear from young people who were unable to afford prescriptions, without access to drug trials or respite care.

For Michele, her status was part of a broader struggle for rights and acceptance – she knew the power of her HIV status and it changed the way that she saw the world. In one of her last interviews, she said ‘HIV isn’t all about loss. You may lose the traditional things you expect from life… but you gain in terms of having real relationships with people. I’m so much closer to people now than I otherwise would be.’

Living openly with the virus mattered to Michele and meant she was able to be supported in her journey of living with HIV by her family and friends. They followed her lead, and were very much the side acts in lots of ways.

Her resilience and spirit were a gift to all around her and it’s a great sadness to them that Michele, and all the others that lost their lives before treatment, didn’t see the progress they fought for. None of it would have been possible without their contributions.

So many changed their lives to be with Michele, to fight alongside her. Sisterhoods became friendships, friendships became power, and kindness and laughter resonated around the campaigns and advocacy Michele led.

Penny helped Michele share her story by creating Positive Women (1993), a documentary which looked at the lives of Michele and only two other women living with HIV who felt able to speak about their status, with one still having to remain anonymous due to the stigma of her community.

She was in hospital at the Royal Free in London – away from her home, testament to her argument that services were inadequate outside the capital. There was so much laughter and many conversations between sisters in the middle of the night that will be treasured forever.

But it was also a terrifying time: sleeping over with her to reassure her when she woke that she was indeed still alive, locking eyes as a huge syringe took yet more fluid from her lungs to ease her breathing. It’s hard to comprehend what people living with HIV went through.

Her sisters stayed with Michele the penultimate night before she died and would have stayed again but in true Michele fashion, she told them to ‘f*** off’ and go and live their life.

Michele’s mum Tricia and her partner Jon were with her in her final moments, after having her breakfast that morning.

After seeing her so unwell, everyone took some solace from knowing that the end of her life was peaceful. At just 30 years old, she died as she had lived, with serenity and courage.

In the years following her passing, the fight for women living with HIV has changed. There’s been incredible developments in treatment – people living with HIV today who are on effective treatment can’t pass on the virus and can expect to live long and fulfilling lives.

People living with HIV can give birth to children free of the virus. All of this really would have been unimaginable when Michele was diagnosed.

However, women living with HIV continue to face a number of challenges. A report by Terrence Higgins Trust and Sophia Forum found that almost half (45%) of women living with HIV in the UK live below the poverty line and nearly one third (31%) have avoided or delayed attending healthcare in the past year due to fear of discrimination.

Over 27 years on from Michele’s death, there is clearly still work to be done to ensure that every single woman living with HIV can enjoy long and fulfilling lives.

Michele spent so much time working for things to be different for people living with HIV, very much knowing that she may not benefit from the changes. She strongly believed that society should be different – and that it could be.

In the UK, we’re currently working to end new HIV cases by 2030 – this absolutely needs to have equity at its heart. We won’t get to zero without all of us getting to zero. That’s what Michele was passionate about and what she dedicated so much of her short life to. And it’s still what we’re fighting for today.

This International Women’s Day, we are calling for equality for all women affected by HIV.

This can only be attained if we all play our part in educating ourselves and others about the reality of HIV in 2022 and commit to fighting misinformation and stigma around the virus.

On this day, we commend all women fighting to achieve the society that Michele greatly wished to see, our ardent wish is that we will all be the people she believed we could be.

We are all so much richer for having had her in our lives.