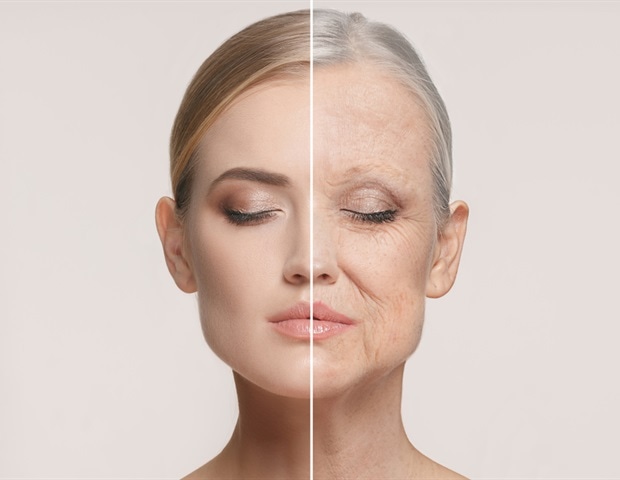 Why does the risk of heart disease go up as we age? Known risk factors such as hypertension or high cholesterol don't explain all cases. A first-of-its-kind study from Boston Children's Hospital now shows that the cells that make up our heart muscle accumulate new genetic mutations over time -; while losing the ability to repair them.

Findings were published August 11 in the journal Nature Aging.

The research team, led by Sangita Choudhury, PhD, and August Yue Huang, PhD, in the Division of Genetics and Genomics at Boston Children's, sequenced the entire genomes of 56 individual heart muscle cells, known as cardiomyocytes, from 12 people across the age spectrum -; from infancy to 82 years -; who had died from causes unrelated to heart disease.

Cataloging mutations in the aging heart

Using sophisticated bioinformatics techniques and analyses, the team compared the number of non-inherited mutations, known as somatic mutations, in cells of different ages and also looked for mutational patterns or "signatures" that might illuminate the mechanisms of heart disease.

"This is the first time somatic mutations have been looked at in the human heart at the single-cell level," says Choudhury, who is co-first author on the paper with Huang.

The older the cells were, the more single "letter" changes (known as single-nucleotide variants) they had in their DNA. The pattern of these mutations suggested that many of them were caused by oxidative damage.

"Because the heart is always pumping, it uses a lot of energy," elaborates Ming Hui Chen, MD, MMSc, a cardiologist in the Division of Genetics and Genomics and Department of Cardiology at Boston Children's. "This energy production creates chemical byproducts known as reactive oxygen species or ROS. When levels of ROS get too high, they can damage DNA."

Adding insult to injury, mutations also affected pathways cells normally use to repair DNA damage. "The mechanisms that repair DNA damage are also impacted by age," says Choudhury. "These may be overwhelmed if there is enough oxidative damage."

The technically difficult study drew on single-cell whole genome sequencing and bioinformatics techniques pioneered in the laboratory of Christopher Walsh, MD, PhD, at Boston Children's, of which Choudhury and Huang are members. The Walsh lab recently used the methods to document the accumulation of mutations in neurons in people with Alzheimer's disease.

Typically, cells that don't continue to divide, like heart cells, are less susceptible to mutations. But the researchers found that cardiomyocytes accumulated mutations as fast or faster than some dividing cell types; the researchers calculated that they averaged more than 100 new mutations per year per cell.

In addition to DNA repair pathways, mutations affected genes involved in the cytoskeleton, the scaffolding that gives cells their structure, and other basic cell functions.

"As you age and get more mutations, you're adding deleterious effects that might push the heart past a tipping point into disease," says Chen, who was co-senior investigator on the study with Walsh and Eunjung Alice Lee, PhD. "It may get to a point where so much DNA is damaged that the heart can no longer beat well."

The researchers note that their study only looked for single-nucleotide variants and did not investigate other types of mutations, such as DNA insertions or deletions. Also, because they looked at healthy heart cells, they can't establish that the mutations are involved in heart disease. In the future, they plan to look at mutations in tissue from patients with different cardiovascular diseases.

Chen, who studies how chest radiation and chemotherapy for cancer affects cardiac health, plans to collect data from cancer patients who have heart disease.

"We also want to look at different cell types in the heart," adds Choudhury. "We've only touched the tip of the iceberg."