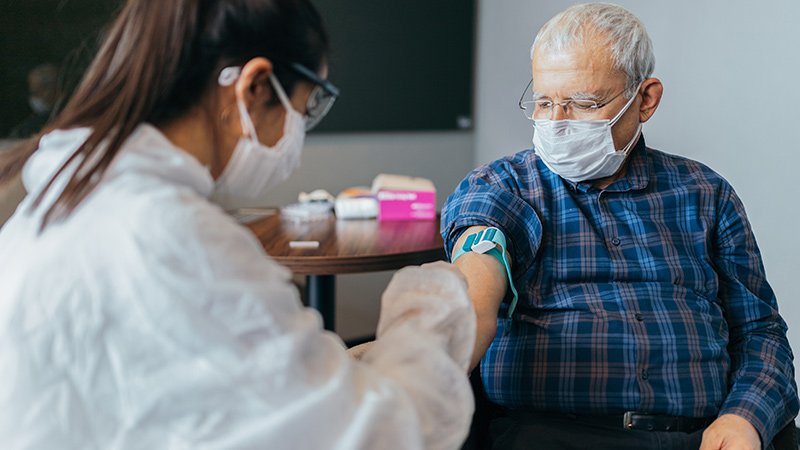 An elderly man in Hamilton, Ohio, went into shock after accidentally receiving two coronavirus vaccinations in the same day.

Victor Smith, 91, is now recovering, but the outcome was not certain on the day he got two shots, his daughter, Dawn Smith Theodore, told TV station WLWT.

“They pretty much told me he was not going to make it,” said Theodore.

She said her father got his first dose of vaccine January 22 and became extremely fatigued afterward and fell. Smith, an amputee, was taken to Fort Hamilton Hospital and transferred to Jamestowne Rehabilitation.

Smith was scheduled to receive his second shot on February 25 and was taken to the local fairgrounds for the vaccination, Theodore said. He seemed fine when he got back to the rehab facility, she said.

Several hours later, a mix-up occurred when a city firefighter arrived to give regularly scheduled COVID vaccinations to patients at the rehab facility.

“I guess a city firefighter came in and said they have a shot for Victor, and the nurse said, ‘Victor Smith?’ and he said ‘Yes’ so they gave him the room number and sent him to room 202, which is where my dad was,” Theodore said.

They vaccinated the wrong Victor, Theodore said, and her father went into shock.

People who get the Pfizer vaccine are supposed to get their second shot 21 days after the first shot. The wait between doses for the Moderna vaccine is 28 days.

In a joint statement to WLWT, the City of Hamilton, and Community First Solutions, which operates the rehab facility, said the incident is being investigated.

“An incident occurred where a City of Hamilton resident inadvertently received two doses of the COVID-19 vaccine on the same day,” they said. “The individual was a patient of Jamestowne Rehabilitation where all vaccinations are completed by outside parties who are trained and appropriately certified, in this case the city of Hamilton Fire Department.

“Jamestowne staff recognized the patient’s signs of distress and responded immediately. The patient was transported to the hospital and the family was promptly contacted. Both Jamestowne and the city of Hamilton Fire Department have begun investigations into the incident. Our thoughts are with the patient and his family as he continues his recovery.”