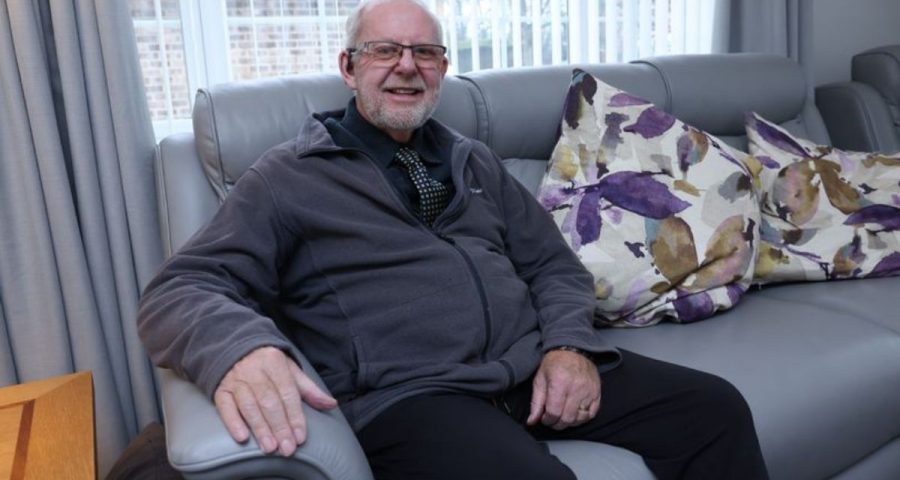 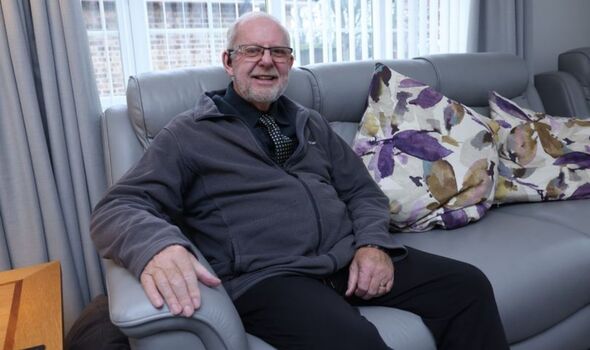 A pensioner suffering from Parkinson’s disease has been able to hold his wife’s hand again thanks to a new eye device.

Derrick Walker’s condition had prevented him from doing activities he once enjoyed.

However, when the 73-year-old put on the device in May 2022, he found he could once again do things he had not been able to do for 15 years.

The device, a wearable aid that lines up the visual field with no batteries, wires, or plugs, helps improve the motor symptoms of the disease, reports Lincolnshire Live.

It was created by Sandra McDonough, 60, of Spalding, Lincolnshire, who discovered that a knitting marker on her glasses improved her own Parkinson’s symptoms.

Mr Walker, from Worksop, Nottinghamshire, said he saw the results of the device “almost immediately” after it was put on the same side as his right arm, which was previously cramped and painful.

“They put it on the same side as the tremor and instantly my arm relaxed and the pain switched off, it was like magic.”

He said: “They put it on the same side as the tremor and instantly my arm relaxed and the pain switched off, it was like magic.

“I and my wife walked out of the clinic hand in hand and went for fish and chips which we hadn’t been able to do [previously].”

Mr Walker, who is a retired teacher, has experienced Parkinson’s disease for 15 years and was officially diagnosed five years ago.

Some of these symptoms include rigidity, slowness of movement, falls and dizziness.

He said: “I fell off my bike three times and was contemplating selling it and the week after my eye guide I got on my bike and rode 20 miles.

“I was walking with a walking stick and now it’s disappeared. I wasn’t able to hold hands with my wife when I was walking and now we can walk holding hands.

“I wasn’t able to stroke a dog and the weekend after I got the eye guide I spent two hours stroking my dogs.”

Mr Walker said his general balance has improved, his IT skills have improved “drastically” and his handwriting is much more readable since wearing the eye device.

Eye Guide MC is run by Mrs McDonough and her husband Chris McDonough, 65, who live in Spalding with the clinic based in nearby Long Sutton.

It was launched in 2019 after Mrs McDonough experimented at home with several different items after she felt an improvement with her Parkinson’s from wearing a knitting marker on her glasses.

Prior to this, Mrs McDonough had suffered from Parkinson’s disease for almost 20 years and was wheelchair-bound four years ago.

Mr McDonough said: “She tried bits of tape over her glasses, keeping her eyes shut, getting cable ties out of our garage and things to hang on her head.

“We got to a point where we knew something was happening. It took her two years to get the weight right on the ear, if it’s too heavy or too light it won’t work.

“It has to be spot on. It has to be cut to each individual person and has plastics with no electrics in it.

“You are picking up a signal with your eye and suddenly it’s through to your brain, that’s the beauty of it.”

He added: “Sandra has been wearing it for five years and we’ve got our old Sandra back who we lost and she’s getting stronger and stronger.”

Since launching the business, Mr and Mrs McDonough have now helped over 200 people with their tremors, speech, movement, sleep and walking.

Mrs McDonough said: “I really love getting to know each and every person who either walks through our doors or we’ve personally visited.

“I’m also in a very unique position to understand the needs of people with Parkinson’s and their concerns, as I too suffer from Parkinson’s.

“It feels as though we have our own Eye Guide MC community now.

“I’m really proud of what my team has achieved, and the high success rate of the device is something we tell people with pride.”

Mr McDonough said: “When we put it on people we call it a Parkinson’s mask and we can see that coming off as they start to smile.

“We have had people cry because they can smile again.

“It’s nice and satisfying to see people better than they were.

“I was in the local post office the other week and a man was wearing an eye guide and I remember him coming into the office when he couldn’t even hold a bit of paper.”

He added: “There’s nothing like it on the market to compare it to. It took a long time to get it registered as a medical device because it’s a brand-new idea.”

The eye device costs £995 plus VAT with the fitting included.

Customers can try the device at home for two weeks and if it doesn’t work they can send it back.

Over the coming months, a clinical trial is due to commence led by the University of Lincoln.

The Eye Guide MC device recently received the Innovation Award at both the Lincolnshire Live and South Holland Business Awards.

You can visit the Eye Guide MC website for more information here.