Advancements in cell culture methods have allowed for the development of organoids—stem cell-derived mini-organs that mimic the tissue organization of our body. Now, researchers in Japan have developed a new organoid system that may bring tears of joy to people suffering from dry eye syndrome.

In a new study published in Nature, a research team led by Osaka University has demonstrated a method for the generation of three-dimensional (3D) human stem cell-derived organoids that model the tear duct (also known as the lacrimal gland). These lacrimal gland organoids exhibit organization and branching patterns characteristic of those observed in the human lacrimal gland during development.

Stem cells have the capacity to differentiate into any cell type of the body. When stem cells are grown in a culture format that promotes aggregation, treatment with a defined series of signaling molecules can guide stem cell differentiation and self-organization into organoids reminiscent of the body’s organs. Researchers led by Osaka University previously developed a two-dimensional (2D) eye-like organoid using human induced pluripotent stem (iPS) cells and noted the presence of lacrimal gland-like cells in these organoids. The lacrimal gland, which is located inside the eyelid, is responsible for producing fluid that facilitates vision and protects the eye. Decreased tear production is associated with dry eye syndrome, which is a feature of a common autoimmune disease known as Sjögren’s syndrome. The research team sought to explore the generation of lacrimal gland organoids, which may serve as a platform for the development of new therapies for the treatment of dry eye syndrome. 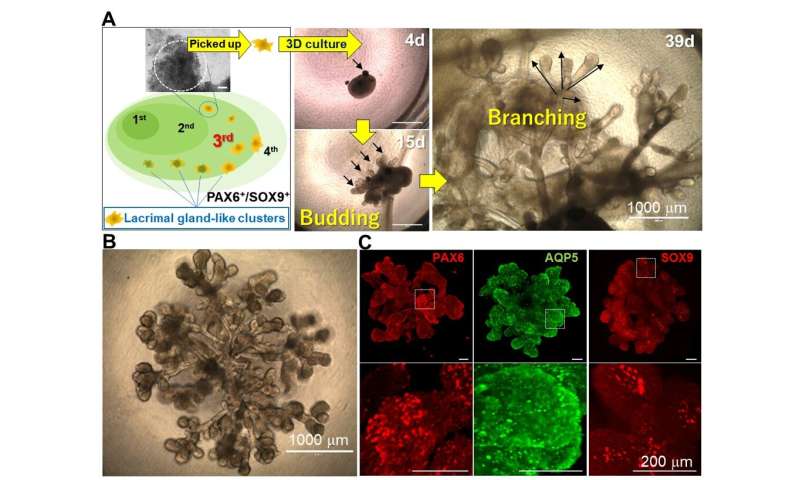 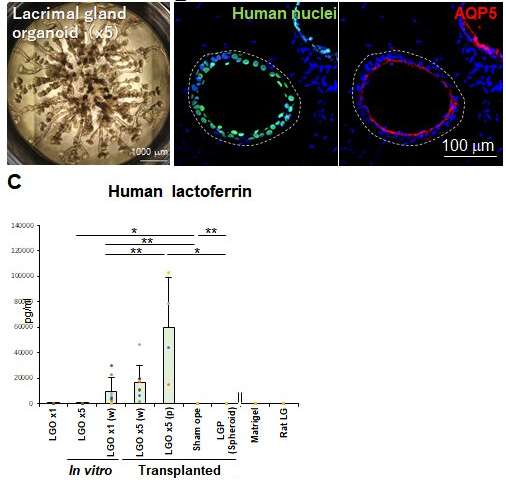