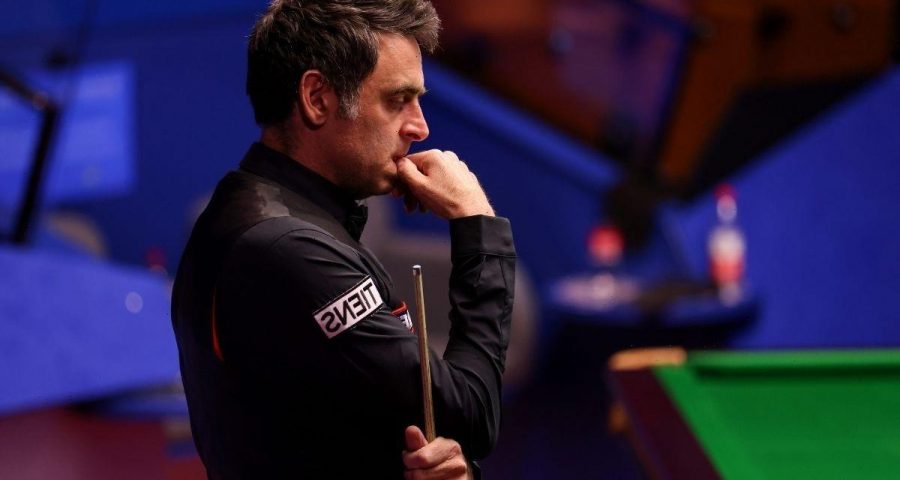 Describing the match as emotionally hard O’Sullivan said he’s not: “sitting there weeping and crying. As a sportsman you go through a lot of emotions out there and a lot of this word mental health is thrown about, I call it snooker depression.”

Overall O’Sullivan says it’s about “just learning to cope with it, to manage it and to try enjoy it, have a bit of fun out there”.

Even though the snooker legend is no doubt pleased with his victory the star appeared relieved to be away from the baize remarking: “Now it’s over I can breathe”.

This isn’t the first time O’Sullivan has discussed his snooker depression before.

In 2019 he told reporters: “I find it hard to talk about my games, I have snooker depression for two or three hours after my matches. Talking about it puts me in a bad place.

“I call it snooker depression because it is depression due to snooker. I don’t just wake up and say ‘I’m depressed’ – you aren’t when you are doing something you enjoy.”

O’Sullivan appears stuck in an unusual position where what enjoys doing is also the trigger for a mental health condition many struggle to manage.

Depression is one of the most common mental health conditions in the UK.

It forms part of a gamut of mental health conditions that more and more individuals are experiencing.

This is part of an overall trend, one accelerated by the COVID-19 pandemic.

Such is nature of the mental health crisis NHS leaders are describing it as a “second pandemic”.

Symptoms of clinical depression range from the psychological to the physical to the social.

Depression is so much more than just a persistent feeling of sadness, its impact on the body is far more complex than many think.

Physical symptoms of the condition include:
• Moving or speaking more slowly than usual
• Changes in appetite or weight
• Constipation
• Unexplained aches and pains
• Lack of energy
• Low sex drive
• Changes to the menstrual cycle
• Disturbed sleep.

Just like other conditions depression is not just one state, it can be mild, moderate, or severe.

Furthermore, in common with other mental health conditions, it can have a number of triggers.

Understanding these triggers, degrees of severity, and the variety of symptoms of mental conditions is something the wider public is just beginning to understand.

As the UK moves further into a post-lockdown world, there will need to be a greater level of support and investment into the health system to support and treat those who are suffering alone.