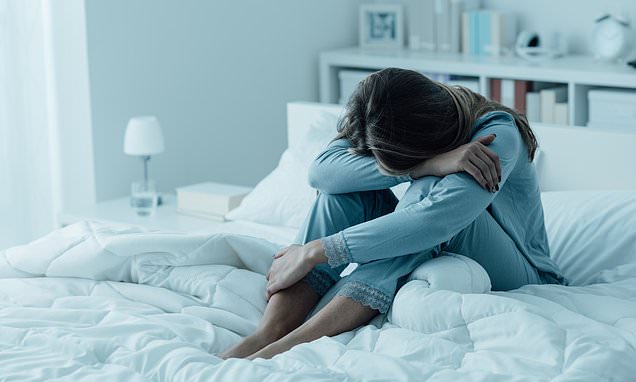 Sleeping only six-and-a-half hours a night raises a person’s risk of suffering heart disease, Alzheimer’s and even ages their immune system, a new study finds.

Researchers at the Icahn School of Medicine, in New York City, reduced the normal eight-hour nightly sleep schedule of 14 adults for six weeks and found each ended up with higher levels of inflammation. They said this raised the risk of the chronic diseases and warned it even caused permanent changes to some cells’ DNA.

Official guidelines say adults need about seven to nine hours sleep each night, with a growing body of evidence suggesting getting too much or too little is linked to a higher risk of chronic disease.

Experts not involved in the study said it was the first to reveal why sleep was so important for the health of the immune system. 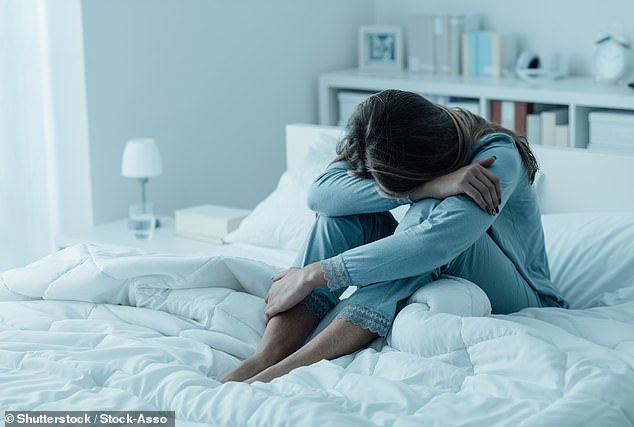 Researchers at the Icahn School of Medicine, in New York, deprived 14 adults of their normal eight hours sleep every night for six weeks and found each had higher levels of inflammation in their bodies (stock image)

In the paper — published Thursday in the Journal of Experimental Medicine — scientists recruited 14 adults who were about 35 years old and lived in New York City.

For the first six weeks, each slept for about eight hours a night, and at the end of the period had their blood tested for immune cells.

Then each was asked to shave an hour-and-a-half off their sleep for the next six weeks. Participants then went for a second blood test.

Results showed that there were more immune cells in the blood after sleep deprivation, hinting at higher inflammation levels.

They also observed that among stem cells which made immune cells how their DNA was expressed changed, which led them to warn of a loss of diversity in the system — a hallmark of aging.

How much sleep should I get a night?

The amount of sleep you need every night depends on your age.

The Centers for Disease Control and Prevention (CDC) says newborns need the most, at up to 17 hours a day, but this gradually drops as someone ages.

They say children at school should get nine to 12 hours a night, and teenagers need eight to ten hours.

For adults, however, they recommend seven to nine hours.

This then drops to seven to eight hours from the age of 65 and over.

Risks of not getting enough sleep include:

Tests after sleep patterns returned to normal showed that immune cell levels also decreased, but the DNA appeared to have been permanently ‘switched’.

Dr Filip Swirski, a cardiovascular expert involved in the study, told NBC News: ‘The key message from this study is that sleep lessens inflammation and loss of sleep increases inflammation.

‘In subjects who had undergone sleep restriction, the number of immune cells circulating in the blood was higher. These cells are key players in inflammation.’

He added that too much inflammation has been linked to heart disease and Alzheimer’s.

On the change to the DNA of immune stem cells, he said this was equivalent to ‘speeding up’ aging because it was reducing diversity in them.

The study was small — involving only 14 people — meaning more research is needed to back its findings.

Dr Stephen Chan, a heart expert at University of Pittsburgh School of Medicine, said this was the first paper to show why sleep may be so important for the immune system.

Not getting enough has been linked with a higher likelihood of many diseases including heart disease, type 2 diabetes and obesity.

It can also affect concentration, leading to poor learning at school or raising the risk of crashes while commuting or at work.

But a growing body of evidence also suggests that getting too much sleep could be harmful and also raise the risk of Alzheimer’s.

In a paper published earlier this week, researchers in China warned that people over the age of 60 who sleep for more than eight hours are more likely to get dementia.

Experts said the longer sleep was a key indicator someone could suffer from the disease, and that they should be monitored.