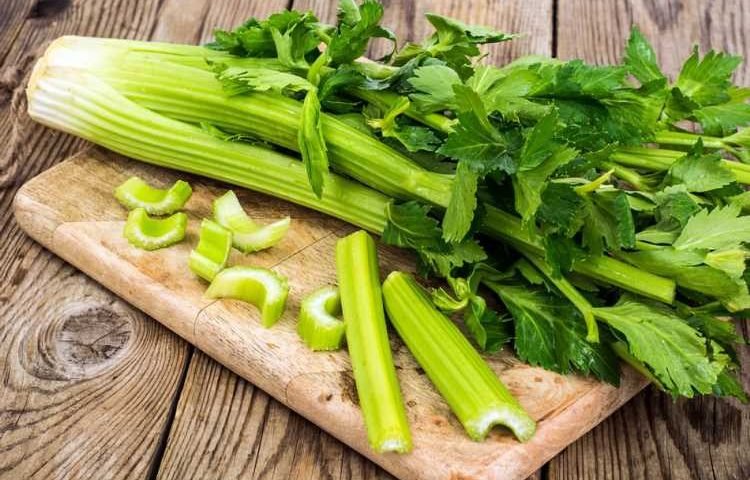 It sounds like a dieter's dream: Foods that require more calories to digest than they actually contain. But, alas, so-called "negative-calorie" foods are likely a fantasy — according to a new study done in lizards, they don't seem to exist.

The study is one of the first to scientifically test the idea of negative-calorie foods — a popular notion among dieters that's been promoted in forums, blogs and books alike. Some of the most cited examples of purportedly negative-calorie foods include celery, lettuce, grapefruit, cucumber and broccoli. The thinking goes that these low-calorie, high-fiber foods take more energy to digest and process than they themselves contain.

In the new study — published March 24 on bioRxiv, a preprint website for biological studies that have not yet been published in a peer-reviewed journal — the researchers found that even celery provided the lizards with more energy than it took to digest and process the food. On average, the lizards retained about a quarter of the calories in their all-celery meals, while the rest were either used in digestion or excreted. [11 Ways Processed Food Is Different from Real Food]

"Regardless of the [calories] in the food, you're always going to be able to get something out of it," said study senior author Stephen Secor, a professor of biological sciences at the University of Alabama. In the case of foods like celery, "it's not going to be a lot; but the food itself always is going to provide a profit," calorie-wise.

Although the study was conducted in lizards, Secor told Live Science that if studies were done in people, "you probably would come out with something very similar" to the study's results. "It doesn't make sense you would run into a negative," regarding calories, he added.

But even if these foods aren't technically "negative-calorie," eating them could still help you lose weight. That's because, being low in calories, they don't put much of a dent in your daily calorie needs. You'd have to eat an awful lot of celery — nearly 30 lbs. (12.6 kg), according to the researchers' estimates — to offset the number of calories you burn in a day overall.

What's more, a meal of celery is "not going to sustain you for very long," Secor said. Instead, the researchers suggest referring to these foods as "negative budget" foods, since consuming them "will favor a daily negative [calorie] budget, and hence weight loss," they wrote in their paper l.

The study has been submitted to the Journal of Experimental Biology and is under review, Secor said.

Many nutritionists and doctors have been skeptical of the idea of negative calories. For example, the Academy of Nutrition and Dietetics says that foods such as celery, lettuce and cucumbers still count toward your day's calories, despite containing very few calories. But few studies have put the idea to the test.

In the new study, the researchers used the "bearded dragon" lizard (Pogona vitticeps) for their animal model. Although bearded dragons and people aren't exactly close on the evolutionary tree, they have some things in common: They are omnivores, and have a gastrointestinal tract and digestive process that's similar to that of mammals, including humans, the researchers said. Plus, they don't mind eating a lot of celery.

The study, led by then-undergraduate student Katherine Buddemeyer, used special machines to determine the animals' metabolic rate, as well as how much energy they used to digest and absorb meals of raw, diced celery. They also accounted for how much energy was lost in the animals' urine and feces.

The animals used about 33% of the calories in the meal for digestion, and about 43% were excreted. That meant that the animals retained about 24% of the meal's energy.

Although the study looked at only one food in one type of animal, the researchers then made a few assumptions in order to estimate the net energy gain (or loss) that might occur in people if they consumed 10 foods that are often cited as negative calorie. In addition to celery, these foods included broccoli, apples, carrots, grapefruit, tomato, cucumber, watermelon, green leaf lettuce and blueberries.

The researchers assumed that people use about 25% of their meal energy for digestion and absorption of food, (a percentage that's two to three times higher than what has been calculated in most human studies and also likely accounts for the calories burned from chewing.)

Even with very conservative estimates, the researchers calculated that people would retain about 19 to 50% of the calories from these foods.

Still, a meal of 3 kg (6.6 lbs.) of celery would provide only enough fuel to sustain a 60-kg (132 lbs.) woman for less than 6 hours of inactivity, the study said. This means these foods would likely help with weight loss, as long as a person is substituting them for higher calorie foods in their typical diet. But "adding a handful of celery while eating a Big Mac really isn't going to help," Secor said.