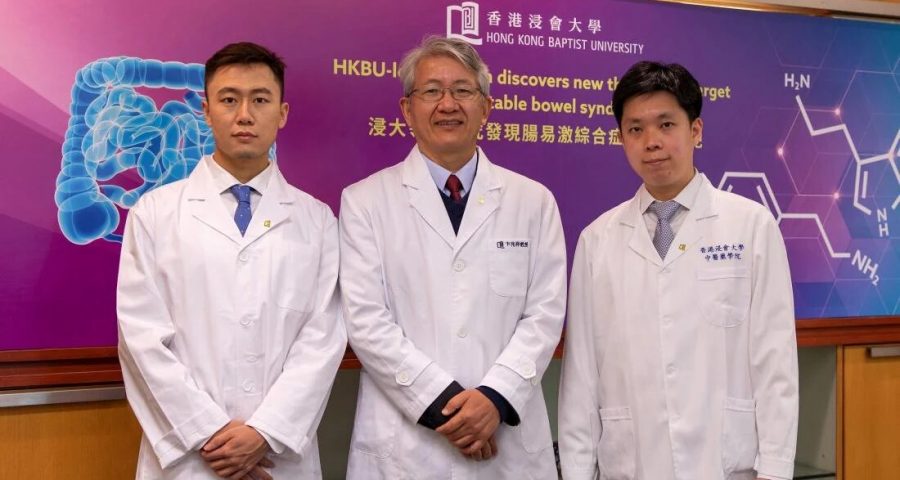 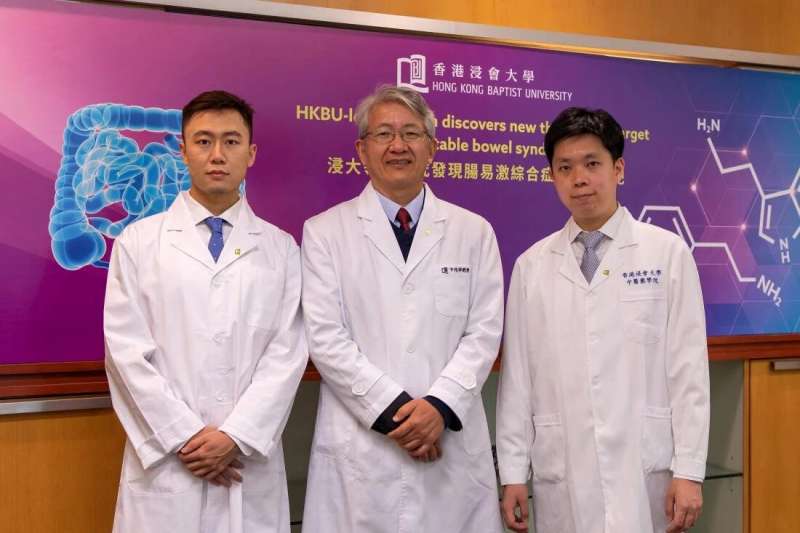 A research study led by scientists from the School of Chinese Medicine (SCM) at Hong Kong Baptist University (HKBU) has shown for the first time that the human gut bacterium Ruminococcus gnavus is a major trigger factor of diarrhea-predominant irritable bowel syndrome (IBS-D). Based on this discovery, a new therapeutic target for the disease’s treatment was identified. The study also found that low-protein food items such as fresh fruits, vegetables and bread may help reduce the gut motility in IBS-D.

The research findings have been published in Cell Host & Microbe.

Irritable bowel syndrome (IBS) is a common functional bowel disorder characterized by stool irregularities, abdominal discomfort and bloating. It has been estimated that about 7% of adults in Hong Kong are affected by IBS. IBS-D is the most common type of IBS and there is no known cure for the disease. Most clinical treatments for IBS-D focus on relieving symptoms.

Previous research has demonstrated that the increased production of serotonin, a key neurotransmitter involved in the regulation of gut motility, contributes to the gastrointestinal symptoms displayed in IBS-D. It has also been shown that gut microbiota play a role in regulating the levels of serotonin. However, the bacterial species concerned and the molecular mechanism by which the gut microbiota modulate serotonin production remain unclear.

They found that phenethylamine and tryptamine, two aromatic trace amines produced by the microbial digestion of dietary proteins, are highly enriched in IBS-D feces, and they are associated with the severity of diarrheal symptoms in patients with IBS-D.

Probing further, the researchers found that mice which had been fed with either phenethylamine or tryptamine experienced increased stool frequencies and colonic secretions, which are major symptoms of IBS-D.

On the other hand, the team found that the gut bacterium Ruminococcus gnavus, which is enriched in IBS-D fecal samples, is a primary producer of phenethylamine and tryptamine. Furthermore, mice with this bacterium transplanted into their guts go on to develop IBS-D diarrheal symptoms. These results suggest that phenethylamine and tryptamine produced by Ruminococcus gnavus trigger IBS-D in mammals without the involvement of other risk factors of IBS-D.

The research team further conducted a series of experiments to understand the mechanism by which phenethylamine and tryptamine lead to IBS-D. The results showed that phenethylamine and tryptamine directly stimulate the production of serotonin from the enterochromaffin cells in the gut through the activation of a trace amine-associated receptor (TAAR1), thereby stimulating gut motility and secretion disorders in IBS-D.

The team then explored the therapeutic potential of targeting the phenethylamine/tryptamine/TAAR1 pathway for the treatment of IBS-D. It was discovered that inhibition of TAAR1 activation through the use of a specific inhibitor effectively alleviated the diarrheal symptoms in mice which had been transplanted with IBS-D fecal samples.

“With a full outline of the mechanism of how gut microbiota associate with gut motility disorders, our research results suggest that the phenethylamine/tryptamine-mediated TAAR1 pathway is a new therapeutic target for IBS-D,” said Dr. Zhai Lixiang.

“IBS-D patients experience frequent episodes of diarrhea with accompanying abdominal pain, which reduce the quality of life. The research discoveries offer promising potential for the development of therapies for IBS-D based on the inhibition of the pathway,” said Professor Bian Zhaoxiang.

The research team also found that a diet low in phenylalanine, an amino acid and a dietary precursor of phenethylamine, suppresses gut motility in mice by reducing the microbial production of phenethylamine and tryptamine. Low-protein food items such as fresh fruits, vegetables and bread have relatively low levels of phenylalanine.

“Developing strategies to reduce the microbial transformation of dietary amino acids into phenethylamine and tryptamine, such as dietary intervention with reduced consumption of high-protein food items which usually have high phenylalanine levels, may represent a feasible approach for the management of IBS-D,” said Dr. Xavier Wong.