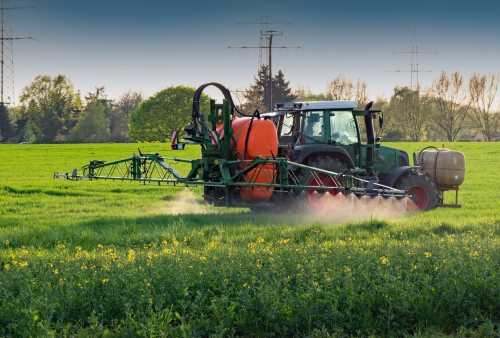 In a recent study published in the Journal of Hazardous Materials, researchers quantified the residues of eight neonicotinoids in human bile samples to understand the association between internal neonicotinoid exposure and hepatotoxic outcomes.

Neonicotinoids are broad-spectrum insecticides that are rapidly replacing traditional organophosphorus and organochlorine-based insecticides. A growing body of research has suggested that neonicotinoids can have detrimental effects on animal and human health and the ecosystem. Studies have linked neonicotinoid contamination to declining bird populations as well.

Since neonicotinoids are highly water soluble, humans are exposed to neonicotinoids through drinking water, food such as crops and vegetables, and percutaneous exposure while swimming or bathing.

Studies on animal models or using in vitro methods show associations between neonicotinoid exposure and toxicities such as oxidative stress, developmental toxicity, endocrine disruption, and hepatotoxicity, as well as other detrimental impacts on health such as neurological problems, metabolic disruptions, osteoporosis, and hepatic cancer.

Since the liver is the major organ involved in filtering toxins, hepatotoxicity and hepatic carcinogenicity are serious concerns. The neonicotinoid concentration in bile, produced by the liver, can be used as an indicator of hepatotoxicity and liver health.

In the present study, the researchers explored the hypothesis that neonicotinoids are not completely metabolized by the liver and excreted through urine, and the subsequent internal exposure to neonicotinoids causes hepatotoxicity. They recruited participants from an existing cross-sectional cancer study, and bile samples were collected from each participant through endoscopic retrograde cholangiopancreatography after obtaining informed consent.

The medical records were used to obtain demographic information such as the age, sex, weight, and height of the participants. A total of 201 participants belonging to cancer and non-cancer cohorts were enrolled in the study.

Ultra-performance liquid chromatography combined with triple quadrupole mass spectrometry was used to quantify eight neonicotinoids in the bile samples, which included acetamiprid, clothianidin, dinotefuran, imidacloprid, imidaclothiz, nitenpyram, thiacloprid, and thiamethoxam. The limit of quantification (LOQ) and limit of detection (LOD) were calculated for each compound.

The results indicated that neonicotinoids were not completely degraded in the liver and were found at high frequencies and concentrations in bile. Dinotefuran and nitenpyram, with high solubility in bile, accounted for 86% of the total neonicotinoid residues found in the bile samples. Other studies have reported that thiacloprid and imidacloprid are the major neonicotinoids found in blood, suggesting that neonicotinoids have different solubilities in bile and blood.

The neonicotinoid residues did not statistically differ between participants with and without cancer or based on demographic parameters such as sex, age, and body mass index. While other studies have shown that neonicotinoids are excreted from the human body in one to three days through urine, the authors concluded from the results of the present study that neonicotinoids present in bile can be reabsorbed by the intestines and enter the circulatory system and the liver.

Furthermore, serum hematological parameters such as bilirubin, bile acids, alkaline phosphatase, and cholesterol had positive correlations with the concentrations of individual neonicotinoids, indicating the detrimental effects of neonicotinoid exposure on liver metabolism and enterohepatic circulation. Of the eight tested neonicotinoids, clothianidin, thiamethoxam,   and dinotefuran pose a higher hepatotoxicity risk to humans than imidacloprid.

To summarize, the study investigated the hepatotoxic effects of neonicotinoid insecticide residues present in human bile after incomplete degradation in the liver.

The researchers measured the concentrations of eight neonicotinoid residues in human bile samples from participants with and without cancer and examined the correlations between neonicotinoid concentrations in the bile and hematological parameters of the serum, such as cholesterol, bilirubin, alkaline phosphatase, and many more.

Overall, the results suggested that highly soluble neonicotinoid insecticides such as dinotefuran and nitenpyram, which are not completely metabolized in the liver, are present in high concentrations in human bile. These neonicotinoids are likely to be reabsorbed by the intestine and enter the circulatory system, eventually accumulating in the liver and causing hepatotoxicity and enterohepatic circulation disruption.

Furthermore, the concentrations of individual neonicotinoids such as clothianidin, thiamethoxam, and dinotefuran were associated with high bile acid, bilirubin, cholesterol, and alkaline phosphatase levels, indicating hepatotoxicity.

Chinta Sidharthan is a writer based in Bangalore, India. Her academic background is in evolutionary biology and genetics, and she has extensive experience in scientific research, teaching, science writing, and herpetology. Chinta holds a Ph.D. in evolutionary biology from the Indian Institute of Science and is passionate about science education, writing, animals, wildlife, and conservation. For her doctoral research, she explored the origins and diversification of blindsnakes in India, as a part of which she did extensive fieldwork in the jungles of southern India. She has received the Canadian Governor General’s bronze medal and Bangalore University gold medal for academic excellence and published her research in high-impact journals.