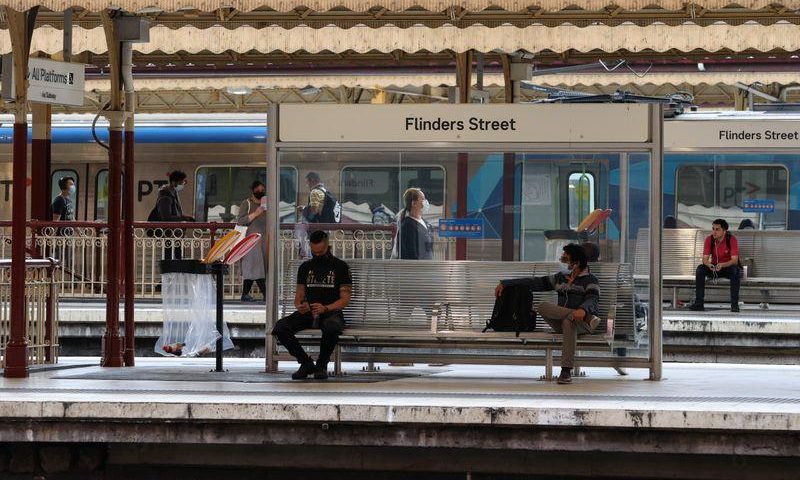 SYDNEY (Reuters) – Health authorities in Australia’s Victoria state ramped up contact tracing and prepared for more mass testing of residents in Melbourne after a new COVID-19 cluster linked to a quarantine hotel grew to ten cases on Thursday.

More than 22,500 test results were conducted in the past 24 hours in Australia’s second most populous city Melbourne and authorities urged residents to get tested amid fears of community transmission from a worker at the Holiday Inn in the city.

Victoria reported a total of 4 cases on Thursday, of which two are primary household contacts of Holiday Inn staff. Other cases include returned travellers who were in quarantine at the hotel.

The new outbreak in Melbourne, where the Australia Open tennis tournament is underway, has stirred fears of a fresh wave of infections in the state hardest hit by COVID-19.

Victoria had more than 20,000 cases last year and over 800 deaths, forcing authorities to implement a strict lockdown lasting more than 100 days, the most severe action taken by any Australian state.

The latest outbreak was likely sparked by a medical device known as a nebuliser being used by a COVID-positive guest at the hotel.

Australia has been among the world’s most successful countries in handling the novel coronavirus, largely because of decisive lockdowns and borders sealed to all but a trickle of travellers, with some 22,000 cases and 909 deaths.

But its quarantine hotels, where all international arrivals spend two weeks, have proved to be a weak link in its defences with the cluster in Melbourne the latest to emerge from one.

The most populous state of New South Wales on Thursday reported zero new cases. Other large states – Queensland and Western Australia – are yet to report their numbers.

Australia was one of the first countries to call for an inquiry into the origins of COVID-19, which was first reported in the Chinese city of Wuhan, an action that sparked a diplomatic backlash from Beijing which has since slapped hefty duties or banned several Australian products from its shores.

The Sydney Morning Herald reported on Thursday that an Australian scientist, part of the World Health Organisation (WHO) team investigating the origins of COVID-19, told the paper he believed the virus began in China, despite WHO’s official findings remaining inconclusive.

“I think the evidence for it starting elsewhere in the world is actually very limited. There is some evidence but it’s not really very good,” said Professor Dominic Dwyer, a microbiologist and infectious diseases expert with NSW Health.