How devastating could Brazil’s ‘super-covid’ be? Study finds coronavirus overwhelmed the country, killing nearly 40% of hospitalized patients as fears grow its variant could ALREADY be in America

Nearly 40 percent of hospitalized COVID-19 patients in Brazil died of the virus as the nation’s health care system was inundated with coronavirus cases last year, a new study estimates.

It comes after a more infectious variant of ‘super-covid’ that scientists worry could evade vaccines emerged in Brazil.

That variant was discovered in the Amazonas, a Brazilian state in the Northwest  of the South American country. Scientists believe it may have been circulating there as early as July.

According to the new research, conducted by the Barcelona Institute for Global Health, the hospital and health care systems in the country’s North and Northeast are weaker and a greater number of residents have poor access to care.

There is no way to know whether these patients were infected with the new variant – the Amazonas region was not hit as hard during the study period, and patients there weren’t tested for the variant – but the findings paint grim picture of what can happen if transmission accelerates and cases overwhelm hospitals.

Brazil’s coronavirus variant has already been identified in the UK and, and an expert  told DailyMail.com it’s unrealistic to think variants that have emerged abroad – including Brazil’s – won’t eventually find their way into the US. 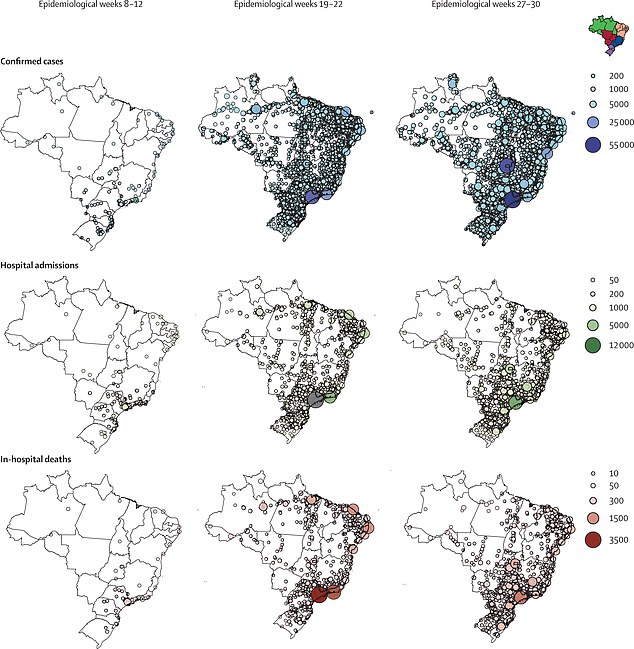 To-date, 8.3 million Brazilians have had COVID-19, according to Johns Hopkins University.

More than 207,000 people have died of the infection in Brazil.

The Amazonas state where the variant emerged is now so overwhelmed with coronavirus cases that health care system in the capitol, Manaus, is in ‘collapse,’ Brazil’s Health Minister Eduardo Pazuello said.

It’s a new low for the hard-hit nation, whose COVID-19 death toll is only exceeded by America’s.

But it’s not the first time health care system’s in parts of the country have been pushed to the brink.

More than 250,000 patients were hospitalized in Brazil between February and August of 2020, according to the national surveillance system tapped by the Barcelona Institute for Global Health researchers.

In most places, for most of the pandemic, COVID-19 patients who get sick enough to be hospitalized have been elderly.

Older people have also made  up the  majority of coronavirus fatalities.

In Brazil, 38 percent of people hospitalized for coronavirus died of the infection.

In US hospitals, that rate hovers around 20 percent – about half the risk seen in Brazil.

Particularly distressing, the death rate among hospitalized coronavirus patients who were younger than 60 was 15 percent across the country.

But in the North and Northeast where the hospitals are weaker, according to the new study, death rates soared. 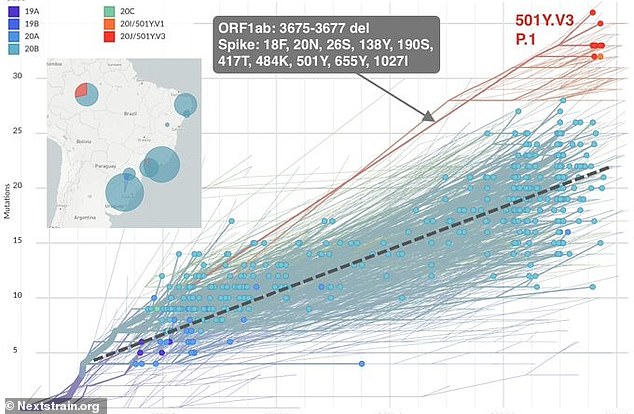 As cases have surged in countries including Brazil (pictured), there have been more chances for the virus to mutate because more infections means a greater number of chronic cases that give the virus ample time to learn how to better infect humans, experts speculate. One of several more infectious ‘super-covid’ variants emerged in Brazil

The influx of patients overwhelmed hospitals in the North and Northeast  (green, orange)  where the health care system  is more fragile, leading to  the highest death rates

More than 31 percent of hospitalized patients under 60 in those regions died.

‘These regional differences in mortality reflect differences in access to better health care that already existed before the pandemic,’ said Fernando Bozza, study coordinator and researcher at the National Institute of Infectious Disease.

‘This means that COVID-19 not only disproportionately affects the most vulnerable patients but also the most fragile health systems.

‘Brazil’s health system is one of the largest across the globe to provide care to everyone free of charge and has a solid tradition in the surveillance of infectious diseases. However, COVID-19 overwhelmed the system’s capacity.’

The country could be headed for a similar – or worse – crisis now.

‘You cannot predict what would happen with this strain that is occurring in Manaus. Totally different from what had happened in the first half,’ said Brazil’s vice president Mourã, of the latest surge and the new variant.

In the UK, hospitals are on the brink as Britain contends with its highly infectious ‘super-covid’ variant.

‘Every region has more Covid patients in hospital than they did in the first wave,’ Christina Pagel, the director of the Clinical Operational Research Unit at University College London, told the New York Times.

Only a small number of infections with the UK variant have been detected in the US.

No cases of the Brazilian or similar South African variant have been found, but the US also now has three homegrown variants that scientists suspect are more infectious.

None of them seem so far to be more deadly on their own, though Brazil’s and South Africa’s have mutations that may help them harder for antibodies and the immune system to ‘see’ and respond to. 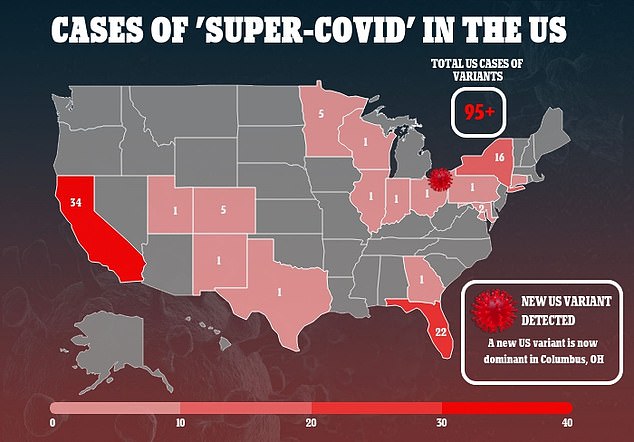 But the CDC warned on Friday that the B117 variant could easily become dominant in the US by March, driving up transmissions, cases and, ultimately deaths.

Dr Deborah Birx warned last week that the pattern of case increases in the US  suggested a more infectious variant – possibly a homegrown one – is already in driving the spread.

And even hospitals in wealthy parts of the country are already in dire straits.

Los Angeles and other parts of Southern California have resorted to field hospitals to care for overflows of COVID-19 patients, as have parts of Massachusetts.

And that’s before more infectious variants have been detected in those areas (although other parts of California have B117 cases).

‘As of yet, we don’t have great eyes on whether the  variant is here,’ Dr David Kennedy, a Pennsylvania State University scientist who studies infectious diseases and their evolution, told DailyMail.com.

‘They are certainly going to get here at some point, so really it’s a question of when, not if.’

Worldwide, ‘we started hearing about them in December, but they’d been circulating a lot longer than that,’ he  added.

‘It means these  variants have been spreading for a long time before we knew, and it’s very likely  they’ve been distributed much more  broadly than is currently known,’ including, he said when asked, potentially in the US. 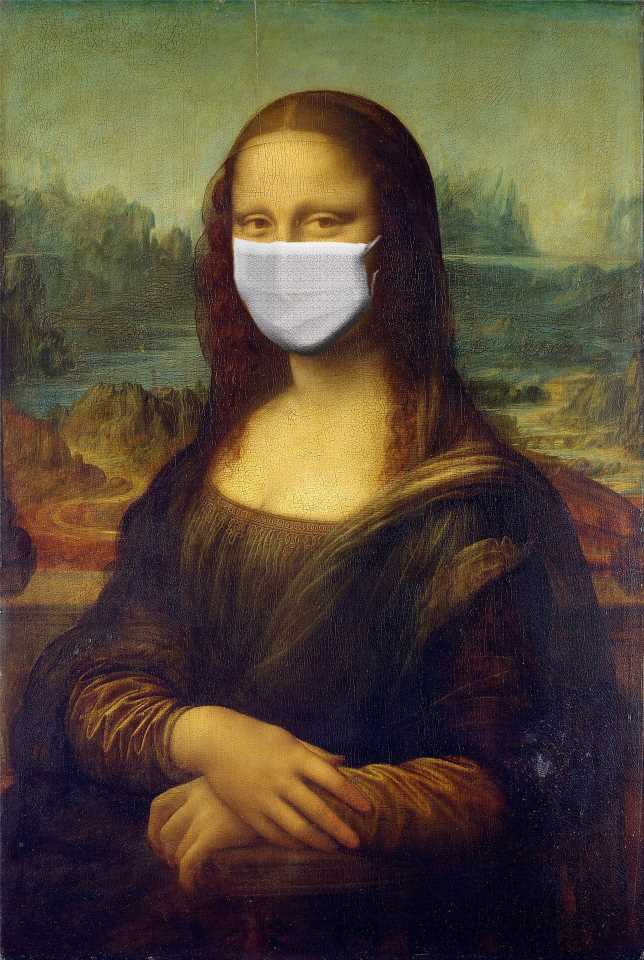 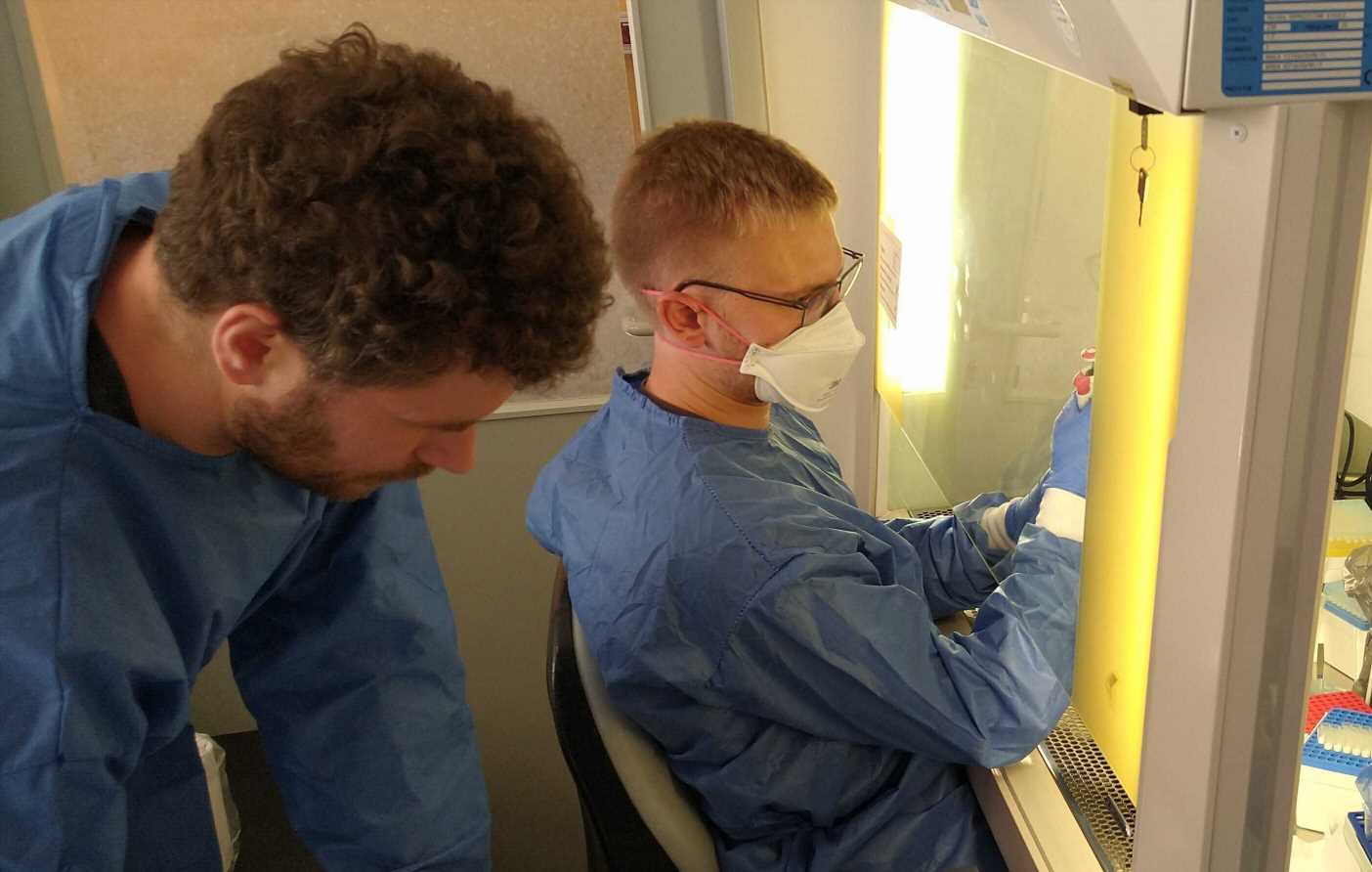 A fast, low-cost method to detect COVID-19 infection from a pool of samples 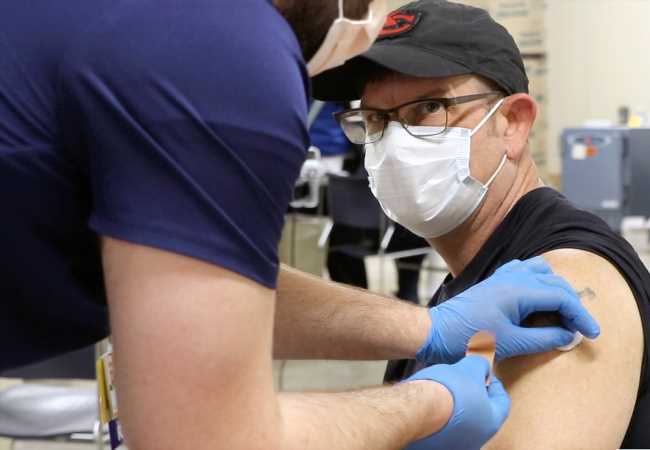