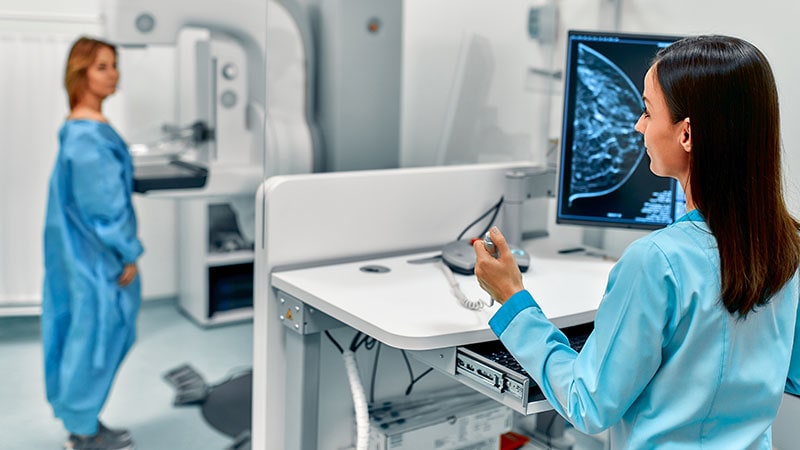 The largest-ever breast cancer screening trial in the United States, which is federally funded with costs expected to reach $100 million, is a “waste,” says prominent radiologist Daniel Kopans, MD, from Harvard Medical School, Boston, Massachusetts. Funding for this trial is largely misspent money, it may produce misleading results, and it should be abandoned, he says.

Kopans has been an outspoken critic of the trial, describing it as a “huge waste of money” in comments made last year to Medscape Medical News. Now he has set out his criticisms of the trial in an essay published in the October issue of Clinical Imaging, which outlines his objections and concerns for the first time in a peer-reviewed journal.

Kopans coined the term DBT and formerly held a now-expired patent on one version of this technology.

“It could be argued that the imaging part of TMIST is a waste of valuable resources,” he writes in the essay.

The “imaging part” of the trial refers to the primary outcome measure and driving purpose of the trial, which is designed to learn which technology is better at finding ― and reducing the rate of ― potentially lethal “advanced” cancers.

These cancers include larger HER2-positive and triple-negative malignancies; those associated with positive nodes; and metastatic disease. These malignancies correlate with breast cancer mortality, TMIST’s principal investigator Etta Pisano, MD, of the American College of Radiology, has said in the past.

However, Kopans says that this surrogate endpoint is problematic. “TMIST will only investigate whether or not digital breast tomography results in a decline in advanced cancers, ignoring the fact that many women still die from cancers that are not advanced at the time of diagnosis,” he writes.

“Clearly reducing the rate of advanced cancers is not the only way that early detection saves lives. Lives are also saved by finding cancers at a smaller size within stages,” Kopans writes, adding that DBT has been proven in multiple randomized trials to find more smaller breast cancers than FFDM.

Kopans’ opinion that TMIST is largely a waste of resources is not shared by the National Cancer Institute. “We feel strongly that TMIST is a critical study,” an NCI spokesperson told Medscape Medical News.

Another concern is that TMIST “may be underpowered,” Kopans writes. That concern arises in part from a recent review of TMIST by an advisory committee (that was prompted by low patient accrual rates), which proposed reducing the size of the trial. Kopans says this would result in “a reduction of the planned power of the trial.”

The NCI says that reducing the study size has been discussed, but has not yet been implemented. “Any reduction in size would, of course, have appropriate statistical considerations in mind,” according to the NCI spokesperson.

Kopans’ concern about statistical power extends beyond downsizing the trial. An advanced cancer in TMIST is counted “if it occurs at any time while the participant is on study,” according to the NCI. Kopans says that is a problem.

“Since DBT cannot have any effect on advanced cancers in the prevalence year (they are already there), data from the first year (prevalence cancers are likely the largest number) will be unusable, and if used will, inappropriately, dilute the results,” he writes.

Kopans hopes that the investigators address the statistical power issues with the trial because, if not, “its results may be grossly misleading.”

Kopans praises one aspect of TMIST — the trial’s effort to create a repository of blood and oral swab specimens, along with participant genetic data. The goal, say TMIST investigators, is to individualize or optimize screening strategies by tying molecular data to clinical outcomes in the trial.

However, apart from that one aspect, Kopans is highly critical of the trial.

It is now too late to compare the two technologies, he suggests, as DBT is already replacing FFDM for breast cancer screening in the US.

He notes that 76% of mammography facilities in the United States have 3-D devices (as of April 2021). That percentage has climbed steadily in recent years. “By the time the TMIST study is completed, DBT will, almost certainly, have become the ‘standard of care,’ ” he asserts, echoing others who have commented on the trial, including some participating physicians.

The money being spent on TMIST “should not be used for looking backwards,” says Kopans.

The NCI responded to that criticism. “TMIST is looking to clarify the best screening for women based on the science and is not solely about access. We are seeking to determine which technology is better and [are] providing access to the trial across the country in diverse practices and populations,” the NCI told Medscape Medical News in an email.

In his essay, Kopans says it is time to stop TMIST and put the money into other pressing breast cancer issues and questions. “…it makes no sense to continue this flawed trial whose results will be obsolete by the time they become available,” he writes.

Kopans reports consulting with DART Imaging in China, which is developing a digital breast tomosynthesis machine.

Nick Mulcahy is an award-winning senior journalist for Medscape, specializing in oncology. Email [email protected] and on Twitter: @MulcahyNick.