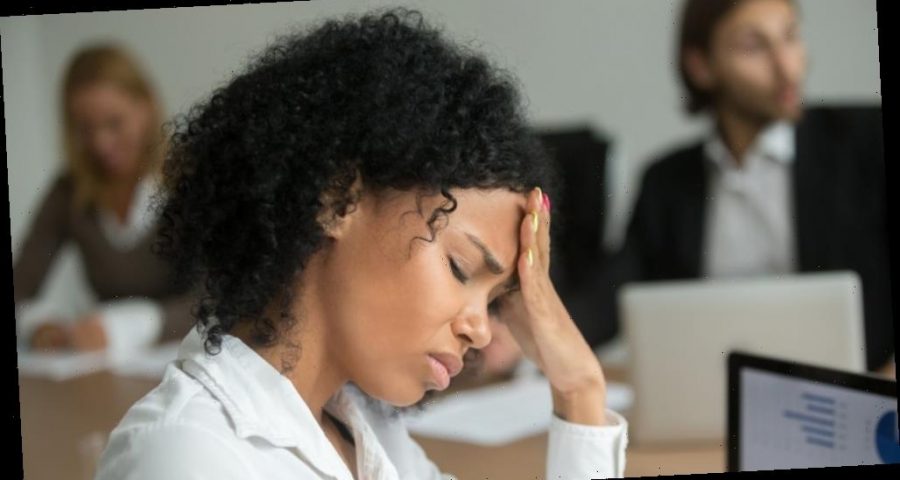 Migraines are the third most prevalent medical issue in the world, with an estimated 12 percent of Americans suffering from them, according to the Migraine Research Foundation. Migraines can affect children and adults, and they are more common in women. Ninety percent of sufferers report that they are unable work or perform their daily routine when they have the severe pain.

Despite their prevalence, migraines are often misunderstood by friends and family, even by the medical community (via American Migraine Foundation). Added onto the pain of a migraine, people with migraines can feel like they don’t have the support they need from their loved ones. Busting some of the most prevalent myths about migraines can help both the people who experience them — and the people who care about them.

While regular headaches are nothing to take lightly, migraines come with much more than head pain. The initial or attack stage of a migraine can last between four and 72 hours, with pain that can feel throbbing and debilitating (via Healthline). The pain often occurs on one side of the head, though it can shift as the migraine progresses. Migraine pain can be experienced both as a steady ache and as pain that progresses from mild to severe.

Half of people with migraines experience nausea, sometimes accompanied by vomiting. They often also have an increased sensitivity to light and sound. Some people might not even have head pain; instead, they can experience an aura by itself, in what’s called a silent migraine, per the American Migraine Foundation. Once the attack stage ends, the postdrome stage begins, and can last 24 to 48 hours. The sufferer’s mood can be depressed or euphoric. They might also be tired or unable to concentrate.

While auras are often associated with migraines, they’re only experienced by 25 to 30 percent of migraine sufferers, according to the American Migraine Foundation. What is an aura? It’s a sensory disturbance that might be experienced as seeing sparks, bright dots or zig zags, and temporarily losing sight. They might be accompanied by tingling or numbness on one side of the body or trouble speaking clearly. Auras usually last 20 to 60 minutes. Even if a migraine sufferer has experienced auras before, there’s no guarantee an aura will occur with every migraine. Since having migraines with auras increases the likelihood of a stroke, people who experience this symptom should consult their doctor.

If you’re one of the majority of migraine sufferers who doesn’t experience auras, there are other signs that a migraine might be on the way, according to the Mayo Clinic. In the day or two before a migraine’s onset, symptoms include constipation, food cravings, increased thirst, neck stiffness, mood changes, and yawning.

There actually are many effective treatments for migraines

While there is no permanent cure for migraines, doctors can help people manage their symptoms. Over-the-counter medicines, including acetaminophen and aspirin, can be taken at the first sign of a migraine and might prevent pain, nausea, and light sensitivity (via WebMD). However, many people with migraines say over-the-counter medications don’t do enough for them (via Self). For more severe cases, modern medicine offers a host of solutions, including Botox shots, Cefaly (an electronic device you wear like a headband), and CGRP Inhibitors (a self-administered injection), per WebMD. For individuals who need more help, it’s important to discuss your options with your doctor.

There are also ways to prevent migraines from striking in the first place. According to the Cleveland Clinic, stress is the top trigger for migraines. Stress reduction techniques like mindfulness and exercise can be helpful. The Cleveland Clinic also suggests magnesium, riboflavin, feverfew and CoQ10 supplements might prevent migraines. Other migraine triggers include hormonal changes, sleep and weather changes, and food additives like MSG (via Mayo Clinic). Your doctor can talk to you about mediation and lifestyle changes that might help prevent and mitigate migraines.