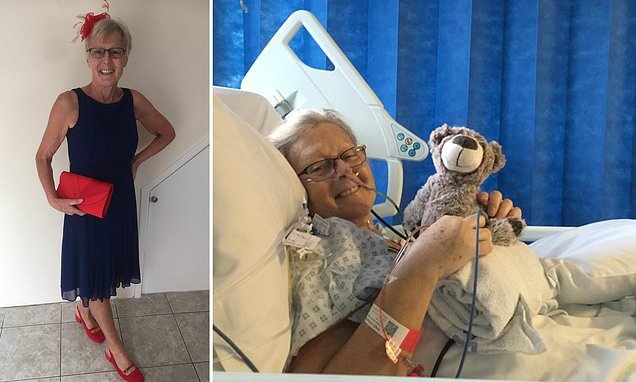 ‘If I’d waited much longer I wouldn’t be here now’: Mother who felt ‘smug’ for dropping two dress sizes on her low-fat diet discovers her sudden weight loss is due to PANCREATIC CANCER

A mother-of-three was left devastated when her impressive weight loss turned out to be stage two pancreatic cancer.

Liz Oakley, 65, from East Kilbride, Scotland, felt ‘smug’ when she noticed the pounds dropping off after she embarked on a low-fat diet in October 2017.

But, by the following December, she began feeling nauseous, with her urine turning an unusually dark hue.

By January last year, her skin had yellowed, leaving her looking ‘tangoed’, which prompted her to see a doctor.

She was then given the shock diagnosis on January 6 – her third brush with cancer after she battled the disease in her breasts in 2007 and 2012.

Following surgery to remove her pancreas and six months of chemo, Ms Oakley is no longer receiving treatment but doctors cannot guarantee the disease will not return. 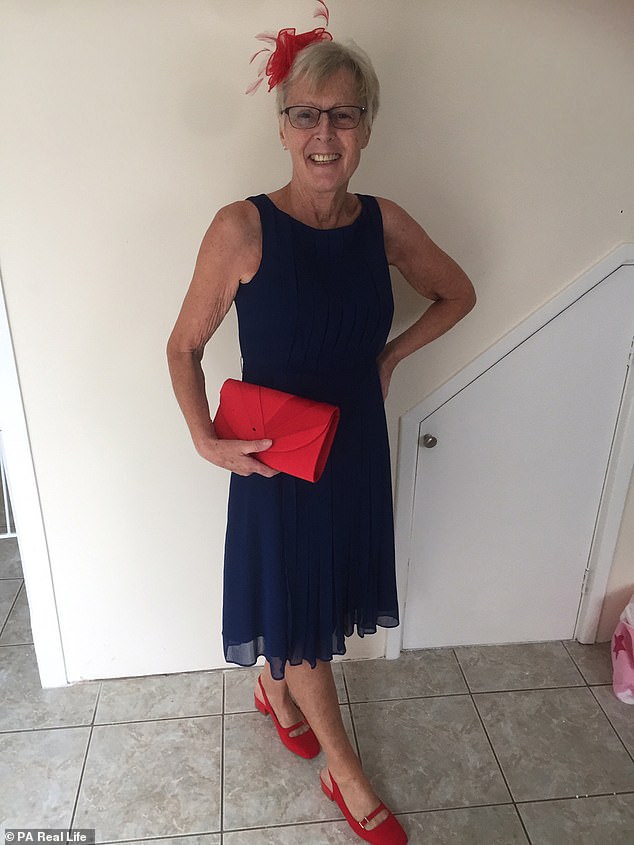 Ms Oakley said: ‘I am a resilient person, but this knocked the stuffing out of me. It came from nowhere.

‘I was referred to hospital and doctors said they’d found a blockage. I have no idea how, but in that moment, I just knew. I told them, “It’s cancer, isn’t it?”

‘I was told I was stage two, but if I’d waited much longer, I wouldn’t be here now. That’s how quick this disease is.’

Ms Oakley, who has three grown-up children – Louise, 35, Peter, 33, and Aiden, 30 – fought off breast cancer with radiotherapy and then a mastectomy.

After enjoying a few years of good health, she started losing weight at the end of 2017.

‘I had joined a slimming group a couple of months before, so I was happy, as I thought it was working very well,’ Ms Oakley said.

‘I was actually feeling quite smug, telling people it was because I hadn’t snacked on any mince pies before Christmas as I usually would.’ 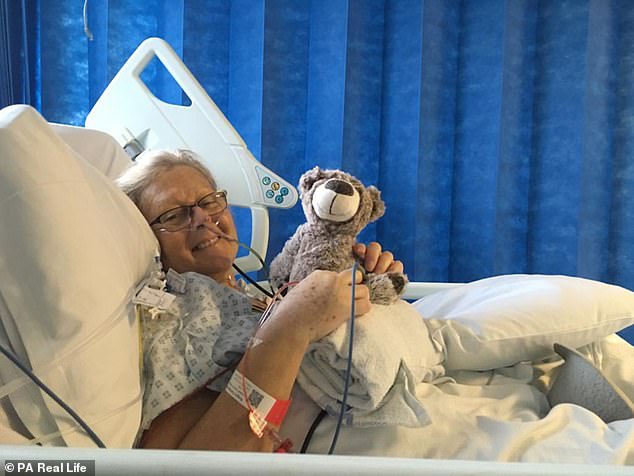 Urgent: The mother-of-three – pictured in her hospital bed – developed jaundice in January 2018, which sparked her unexpected diagnosis

WHAT IS PANCREATIC CANCER?

Pancreatic cancer is one of the most lethal forms of the disease.

Around 95 percent of people who contract it die from it.

It is the fourth-leading killer in the United States.

WHAT IS THE CAUSE?

It is caused by the abnormal and uncontrolled growth of cells in the pancreas – a large gland in the digestive system.

WHO HAS THE HIGHEST RISK?

Around half of all new cases occur in people aged 75 or older.

One in 10 cases are attributed to genetics.

Other causes include age, smoking and other health conditions, including diabetes.

WHY IS IT SO LETHAL?

There is no screening method for pancreatic cancer.

Pancreatic cancer typically does not show symptoms in the early stages, when it would be more manageable.

Sufferers tend to start developing the tell-tale signs – jaundice and abdominal pain – around stage 3 or 4, when it has likely already spread to other organs.

WHAT ARE THE TREATMENT OPTIONS?

The only effective treatment is removal of the pancreas.

This proves largely ineffective for those whose cancer has spread to other organs.

In those cases, palliative care is advised to ease their pain at the end of their life.

By the end of December, feeling nauseous and with a poor appetite, Ms Oakley noticed her urine was very dark.

After her daughter said her skin had turned an odd colour, she knew she had to see a doctor.

‘She asked me why I was such a yellowy, orange colour,’ Ms Oakley said.

‘I was wearing tinted glasses, so hadn’t actually noticed, but when I took them off, I looked like I’d been tangoed.’ 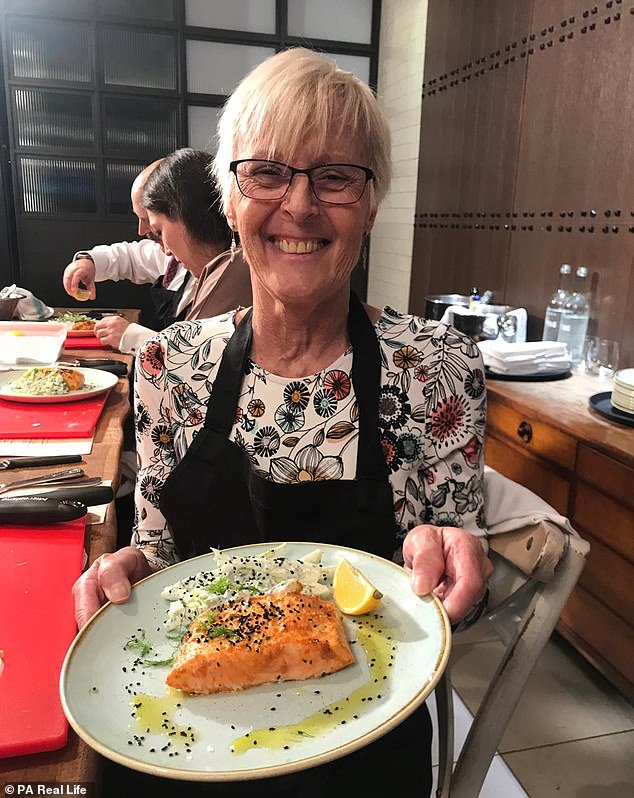 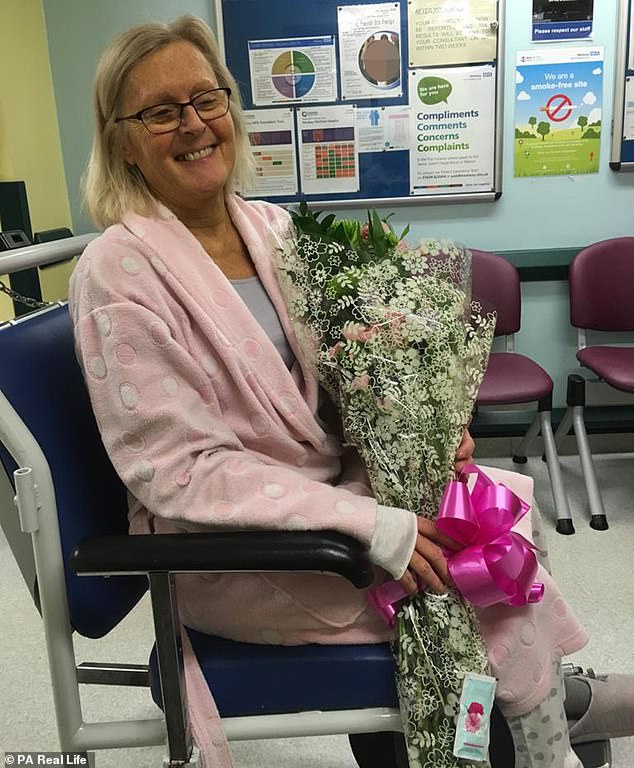 Admitted: On January 6 2018, she was officially diagnosed with pancreatic cancer and referred to south London’s Kings College Hospital for surgery

Doctors sprang into action, running a series of tests, and soon discovered a worrying blockage in her pancreas.

She was then officially diagnosed with pancreatic cancer and referred to south London’s Kings College Hospital for surgery.

‘The care I received was incredible. Everything just flowed, and my appointment for surgery was made right away,’ Ms Oakley said.

‘Back home after my diagnosis, I did what we all do and Googled my condition. I was reading all these awful stories and poor survival rate statistics, and just didn’t want that to me be.

‘I couldn’t see much about people getting through and coming out the other side of a diagnosis. My way of coping was just to isolate myself from those statistics.’

Just 12 days after her diagnosis, Mrs Oakley went under the knife to remove her pancreas, duodenum, gall bladder and bile duct.

While she remains eternally grateful she was seen so quickly, she was astonished by her rapid deterioration as she waited for her surgery.

‘I lost over two stone in a few weeks. I was shocked at what a frail old lady I became,’ she said. ‘But I feel so lucky to have received the care I did.

‘I want people to know it is possible. You read about misdiagnosis and getting fobbed off, but I’m living proof you can survive if everything’s done properly.’ 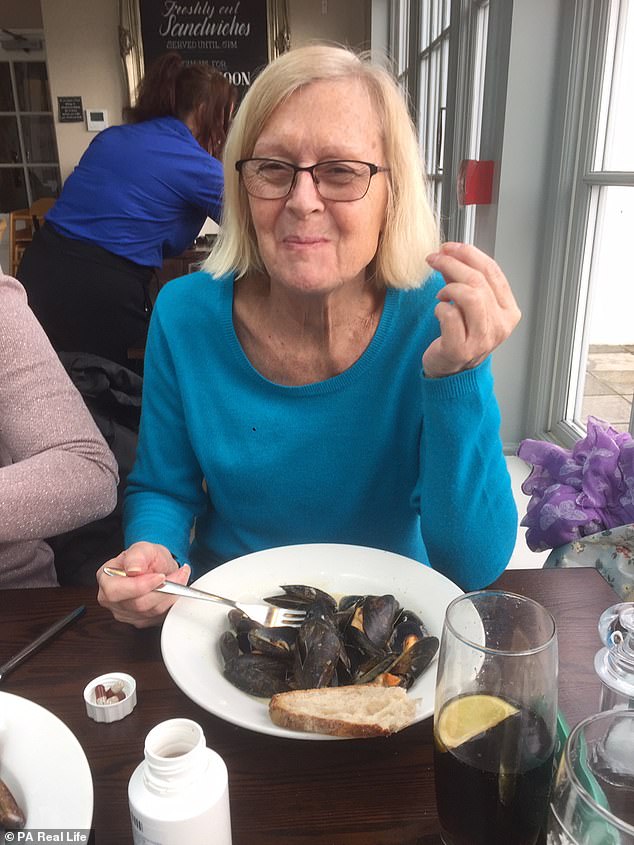 Alarmed: ‘I lost over two stone in a few weeks. I was shocked at what a frail old lady I became,’ she said. ‘But I feel so lucky to have received the care I did.’ 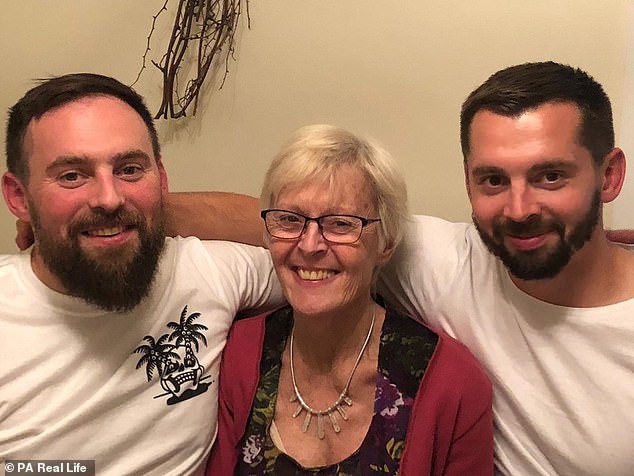 Following her surgery and chemotherapy, Ms Oakley had chemoradiotherapy – a combination treatment – to kill cancerous cells at the margins of the area where the tumour had been surgically removed.

She continues to have regular scans and meets with consultants to discuss her ongoing care.

Due to the precarious position of her tumour – near some blood vessels – doctors cannot guarantee the disease has gone for good but, for now, Ms Oakley is feeling positive.

Since her diagnosis, she has been supported by the charity Pancreatic Cancer UK, and is backing their call for the Government to aim for all pancreatic cancer patients to be treated within 20 days of diagnosis.

And she hopes telling her story will raise awareness of the symptoms of pancreatic cancer – such as back and abdominal pain, unexplained weight loss, changes to bowel habits, jaundice, nausea, and problems digesting food.

‘I had no idea myself that my symptoms could be linked.

‘Pancreatic cancer is dreadful, and it takes more lives than it leaves, but not every story is doom and gloom. Here I am, a year on, doing things I never thought I would.

‘If it hits again five years down the line, that’s still five years longer than I would have got. I absolutely believe that we can beat this if more people get diagnosed quicker.’

Pancreatic Cancer UK is calling on the UK Government and devolved administrations to set a new ambition to treat all patients diagnosed with pancreatic cancer in 20 days by 2024.

More than 90,000 people have already signed the petition to Demand Faster Treatment which closes on 18 February. Sign the petition here.