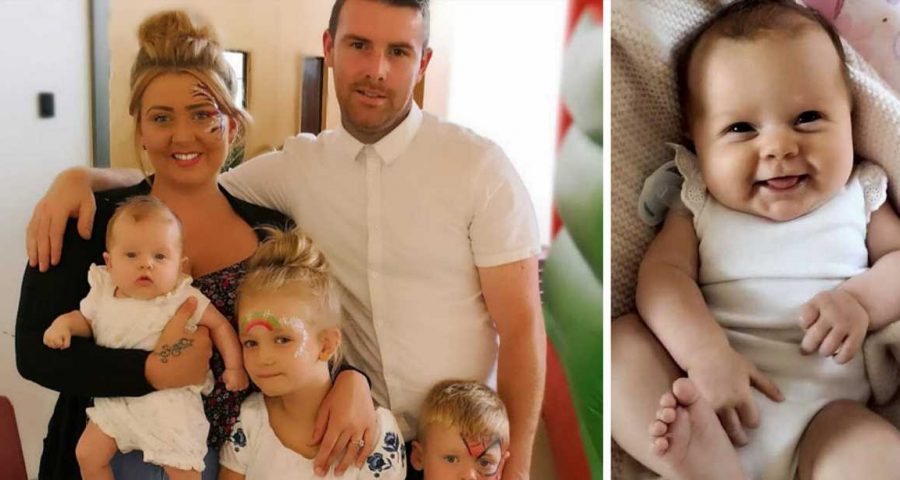 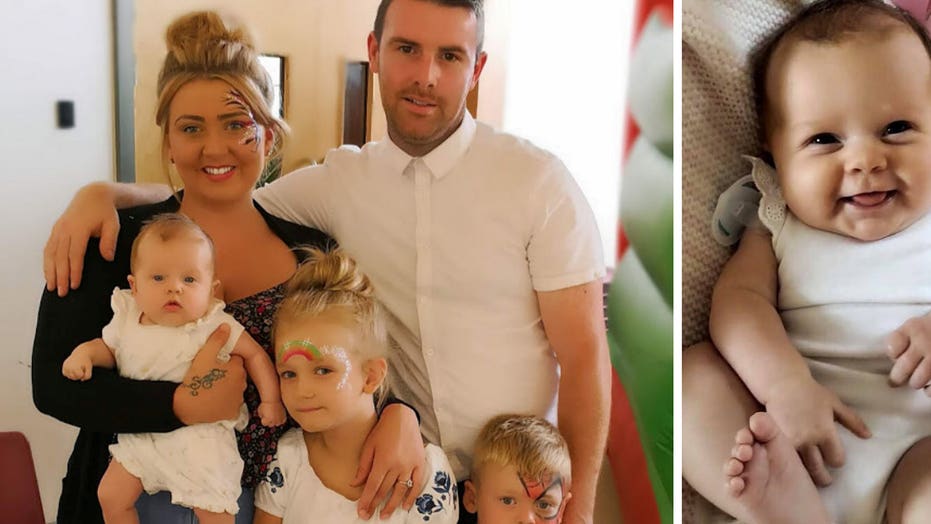 Fox News Flash top headlines for May 3 are here. Check out what’s clicking on Foxnews.com

A grieving mother has shared the last family photo that includes her seemingly healthy baby taken just hours before the infant died from an undetected infection. Emily Vandenbrouck told SWNS that the family had attended a fundraiser for a relative last August, where 13-week-old Fleur Edwards was kissed and touched by many people.

Vandenbrouck said her infant had no trouble eating later that night, and seemed happy before going down for bed.

“No temperature,” Vandenbrouck, of Devon, told SWNS. “There was not a single thing wrong. She never woke up.” 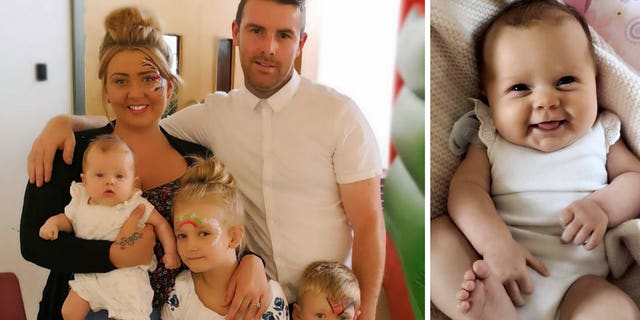 The family is hosting a fundraiser in honor of Fleur’s first birthday later this month to continue raising awareness.
(SWNS)

Vandenbrouck said her partner, Ashley Edwards, discovered that Fleur was not waking up first and that despite CPR efforts, “I knew as soon as I looked at her she was gone.”

An autopsy later reported that Fleur tested positive for Group B Streptococcus (GBS).

GBS is a type of bacterial infection found in about 25 percent of all healthy adult women’s vagina or rectum. The bacteria that causes the infection typically lives in the intestines, vagina or rectum, and most people have no symptoms, according to the American Pregnancy Association. During pregnancy, a baby can get the infection from the mother’s genital tract during birth which can cause serious illnesses including sepsis, pneumonia, meningitis or seizures.

It is recommended that all pregnant women be tested for GBS during prenatal care so that intravenous antibiotics can be administered during labor to lower the risk of passing on the infection to the baby.

“Fleur had been held and kissed by lots of people that day – probably somebody held her who hadn’t washed their hands after using the toilet,” Vandenbrouck told SWNS. “I just want to raise awareness so that other families don’t have to go through the heartache that we go through every single day.”

In addition to raising awareness in Fleur’s honor, the family has planned to celebrate her first birthday later this month with a fundraiser.