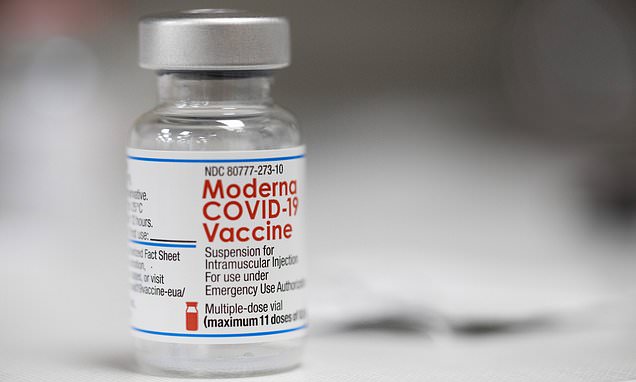 The Cambridge, Massachusetts-based firm’s preliminary study results show people given the combination shot experienced a significant increase in protection against the virus, and it hopes it will be available as early as this fall.

The new booster shot also showed effectiveness against previous strains of the virus.

Moderna began to work on the vaccine late last year, when it became clear that the highly-infectious variant storming the world at the time was resistant to the existing crop of shots.

While the shots are too late to deal with Omicron’s first major surge last winter, officials expect this booster to play a role going forward, with another spate of cases expected as early as this fall. 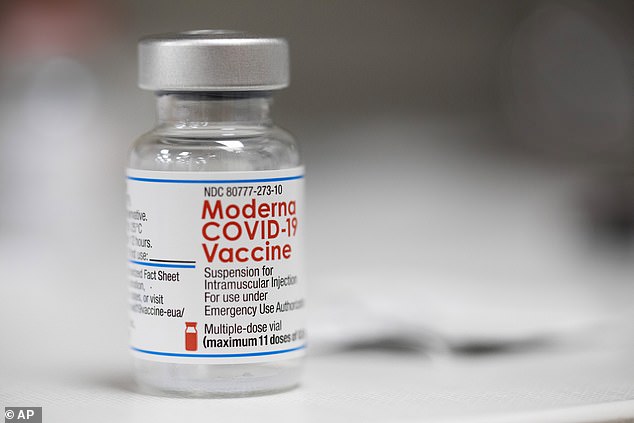 Moderna’s experimental Covid-19 vaccine which combines its original shot with protection against the omicron variant appears to work, the company announced on Wednesday (file photo)

‘Looking at these data alongside the durability we saw with our first bivalent booster candidate we anticipate more durable protection against variants of concern with [the Omicron-specific booster], making it our lead candidate for a Fall 2022 booster,’ Stephane Bancel, CEO of Moderna, said in a statement.

Clinical trials for the shot included 437 participants.  The pharmaceutical giant said its new study found that a month after the combination shot, recipients harbored higher Omicron-fighting antibody levels and cross-protection against other prior variants than the original vaccine triggers.

However, antibodies naturally wane so it’s not clear how long the protection against infection will last.

Side-effects were limited, and similar to that of previous Covid vaccines and booster shots, the company says.

Moderna’s results have not yet undergone peer-review, and are pending publication in an accredited medical journal.

Moderna reports that it will submit data for regulatory approval in the coming weeks.

Today’s COVID-19 vaccines all are based on the original version of the virus, which has basically been eradicated by more powerful later strains, and does not provide strong protection against infection.

Protection against severe symptoms, hospitalization and death remains strong, though.

This booster should strengthen protections against infection and further shore up prevention of the most severe outcomes.

The virus continues to mutate rapidly in ways that let it evade some of the vaccines’ protections and cause milder infections.

In response to the mutating threat, US regulators and the World Health Organization are considering if they should order a change in the vaccine recipe for a new round of booster shots in the fall. 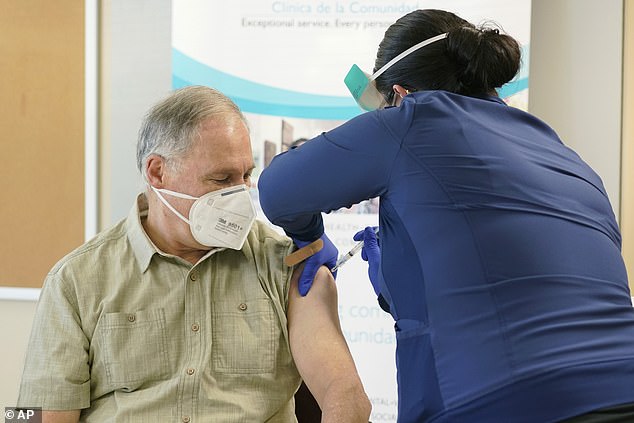 The colder weather and children returning to schools later this year is expected to drive yet another surge in COVID-19 cases, just as the U.S. and Europe saw the previous two years.

The Food and Drug Administration (FDA) has set a meeting in late June for its scientific advisers to debate those questions and evaluate data from vaccine makers’ tests of potential new formulas.

The Rockville, Maryland-based company has been working on its protein-based shot for over two years, but supply issues led to long delays in its application.

The jab is expected to provide longer-lasting protection against infection, and could also prove to be a valuable booster candidate down the line as well, experts say.