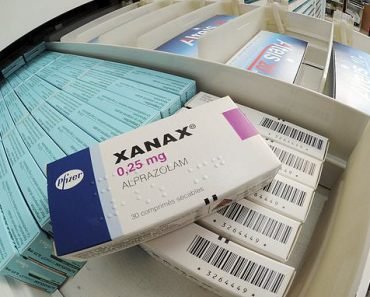 Millions of patients who take prescription sleep pills may not wake up through a fire alarm, researchers have warned.

Tests on mice showed half of the rodents given a type of benzodiazepines – which include Xanax and Valium – failed to rise to the startling noise.

However, Japanese scientists discovered mice taking an experimental hypnotic drug were able to wake up to the deafening fire alarm.

Researchers claim DORA-22s don’t scupper the ability to wake during a deep sleep by allowing the brain’s sensory ‘gatekeeper’ to stay vigilant. 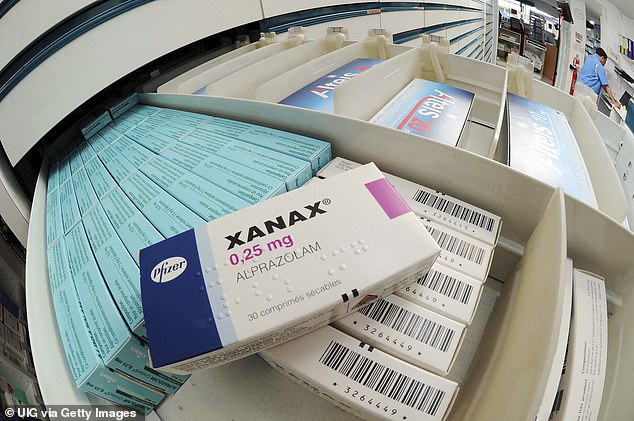 Kagoshima University scientists also found mice given the new class of drugs fell back asleep as quickly as those on benzos.

They tested their theory in asleep mice. The results were published in the scientific journal Frontiers in Behavioral Neuroscience.

A third of the rodents were given DORA-22, while the other two groups received a benzodiazepine called triazolam or a placebo.

Researchers led by Professor Tomoyuki Kuwaki then tried to wake the deep-sleeping mice with a threatening stimulus.

This included the smell of a fox, a high-pitched dog whistle, or the trembling of their cage – designed to match that of an earthquake.

Results revealed the waking times were ‘delayed significantly’ in the mice given triazolam – but not in the group taking DORA-22.

ARE YOUNGSTERS HOOKED TO SLEEPING PILLS?

The amount of under-18-year-olds being treated for addiction to sleeping and anxiety pills has almost doubled in a year, figures showed in December.

Treatment for addiction to Xanax, a powerful type of the anti-anxiety drug, saw an increase of five-fold among youngsters.

Experts said the figures are just the ‘tip of the iceberg’, as many more children may be addicted to Xanax, which is more than 200 times stronger than Valium.

And a further analysis of the data showed the mice taking the experimental drug fell back asleep as quickly as those on triazolam.

Professor Kuwaki and colleagues now hope to see if the sleep-promoting effect of DORA-22 also works in humans.

Commenting on his research, he said: ‘Our study provides important and promising insight into the safety of these hypnotics.’

The researchers were then able to further prove that triazolam can cause a delay in waking up to a threat.

They found the three groups of mice woke ‘equally quickly’ when the levels of oxygen in their cage were purposely lowered.

DORAs, or dual orexin receptor antagonists as they are medically known, have only been developed over the past decade.

They work by selectively targeting the brain’s sleep and wake pathways, in comparison to the more potent effects of benzos.

Even during sleep the brain continuously processes sensory information such as noises, waking us if it detects a threat.

Benzos stimulate a brain receptor that causes sleepiness and suppresses the ‘gatekeeper’, which decides which sensory inputs to process.

Figures show around 100million prescriptions for benzos, often given to treat anxiety, are written in the US each year.

And there are 12 million prescriptions for benzos, which have a strong tranquilising effect, in the UK each year, data shows.