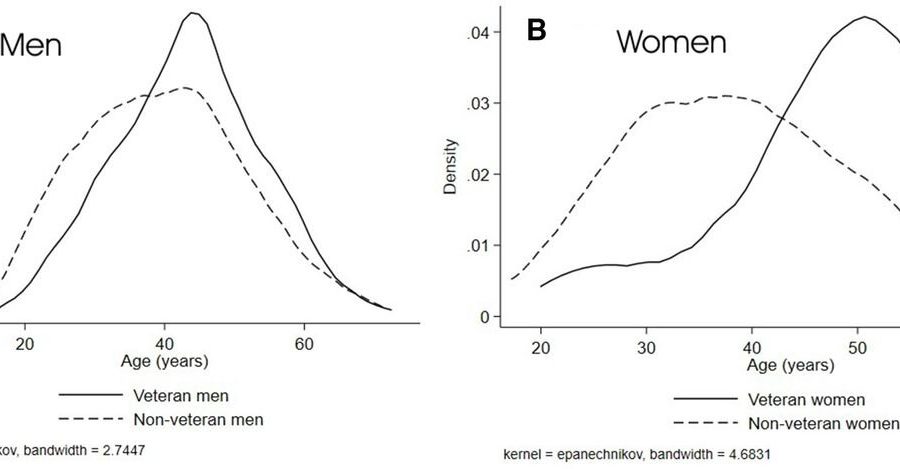 Scottish veterans face the highest risk of suicide in middle age, many years after leaving service.

The study, led by the University of Glasgow in partnership with the Forces in Mind Trust and published in the journal Occupational and Environmental Medicine, looked at the risk of suicide in veterans compared with people who had never served, and found that overall, their risk was no higher than non-veterans.

Researchers found that the highest risk in both men and women veterans was people in their forties, which is also a high-risk age group in the wider community.

Lead researcher Dr. Beverly Bergman, Honorary Clinical Associate Professor and leader of the Scottish Veterans Health Research Group at the University of Glasgow, who was recently awarded an OBE for her work on veterans, said: “It is reassuring that this large study of 78,000 veterans, followed up for up to 37 years, has found that suicide is no more common in veterans than in people who have never served, although every suicide is a tragedy.

“What surprised us was that the highest risk for suicide was about 20 years after leaving service. People have been looking at the immediate post-service period, but our research shows that this is not when the risk is greatest. We have highlighted that it is middle-aged veterans, rather than young veterans, whose need for support is greatest.”

Mike Ellicock, chief executive of Forces in Mind Trust, said: “This important evidence from Dr. Beverly Bergman and her team will help those who are supporting the veteran community. Although every person who takes their own life is one too many, it is reassuring to see from this research that the veteran community, in Scotland at least, is not disproportionately affected compared to non-veterans. It is also useful to know that they may be at greater risk some time after their transition to civilian life because this could have implications for the support which is offered.”

The retrospective cohort study, using data from the Trends in Scottish Veterans’ Health Study, looked at 78,000 veterans and 253,000 non-veterans in Scotland born between 1945 and 1995, matched for age, sex and area of residence. The study used survival analysis to examine the risk of suicide in veterans compared with non-veterans and explored associations with mental health disorders.