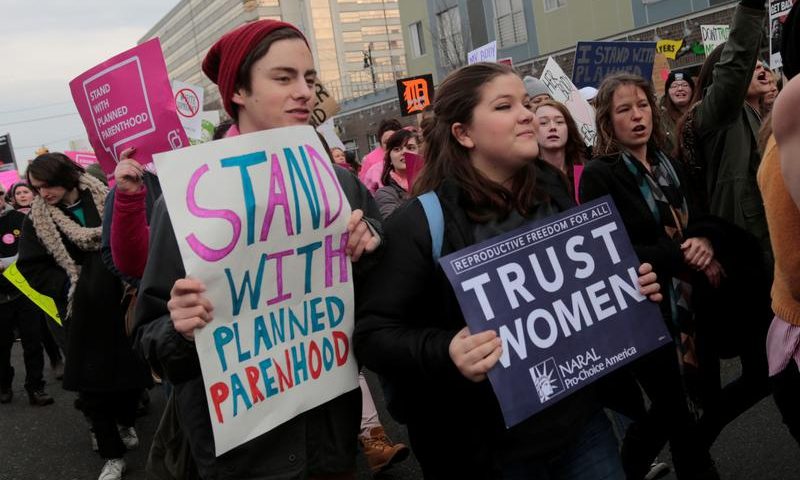 (Reuters) – A Michigan judge on Tuesday granted a temporary injunction to block the enforcement of a state abortion ban, which might have taken effect if the U.S. Supreme Court overturns the Roe v. Wade precedent that legalized abortion nationwide.

A Michigan Court of Claims judge in Lansing sided with women’s healthcare provider Planned Parenthood in its lawsuit against the state seeking to stop the potential enforcement of the ban, which was enacted in 1931 and declared unconstitutional in 1973.

The U.S. Supreme Court appears ready to overhaul the constitutional right to abortion. On May 2, the news outlet Politico published a leaked draft opinion by Justice Samuel Alito, which showed the court’s conservative majority intended to overturn the 1973 Roe v. Wade ruling that established the right to abortion nationally. The court’s final decision is expected in June.

Nine states, including Michigan, have abortion bans on the books that were enacted before the Roe v. Wade ruling, and which could potentially be enforced anew if Roe is overturned.

“Forced pregnancy, and the concomitant compulsion to endure the medical and psychological risks accompanying it, contravene the right to make autonomous medical decisions,” Court of Claims Judge Elizabeth Gleicher wrote in her opinion.

Michigan’s 1931 law criminalizes all abortions except in cases to save the pregnant woman’s life.

“Today’s ruling means all Michiganders will continue to be able to access the health care they deserve and to be able to decide for themselves their own futures,” Sarah Wallett, chief medical officer of Planned Parenthood of Michigan, said in a statement.

Whitmer praised the judge’s decision on Tuesday, and said in a statement that the injunction “will help ensure that Michigan remains a place where women have freedom and control over their own bodies.”

Whitmer added that she is still pressing the state Supreme Court to recognize the right to abortion under the state constitution to further protect abortion access, a campaign she began last month.

In April, Right to Life of Michigan, an anti-abortion group, called Whitmer’s demand of the state’s top court “autocratic” in a Twitter statement.

Representatives for the group did not immediately respond to a request for comment on the judge’s ruling on Tuesday.