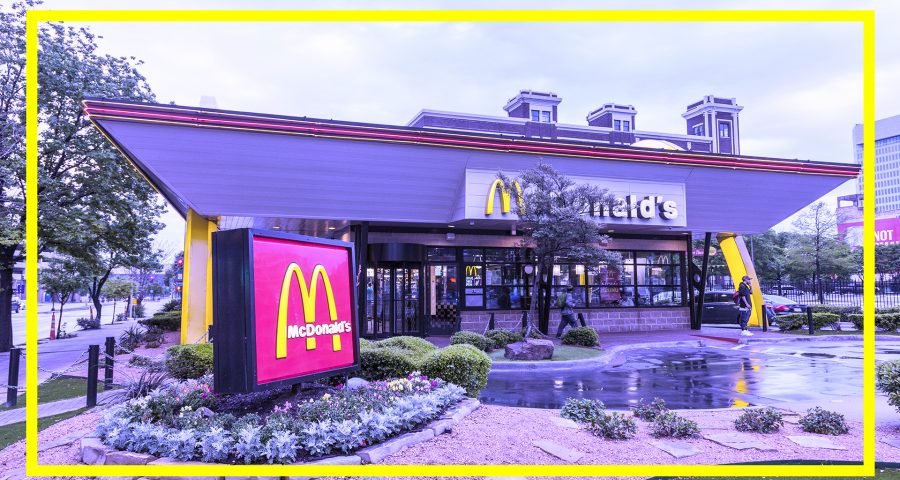 Hell might’ve frozen over in many parts of the country, but that doesn’t mean ice cream is totally out of the question — especially after you hear McDonald’s latest news. Following the release of a vegan Happy Meal in the U.K. and Sweden and, more locally, the launch of the Big Mac bacon burger, Quarter Pounder bacon burger and cheesy bacon fries (for a limited time), McDonald’s is further testing our willpower with the return of the Twix McFlurry — what most consider to be the best McFlurry flavor of all time.

And we’re just as excited as these guys.

Described as soft-serve ice cream swirled with Twix chocolate-coated biscuit pieces and topped with chocolate caramel sauce, the Twix McFlurry was first made available at McDonald’s restaurants in the U.K. and Aruba, Bustle and FoodBeast report. But shortly after, it finally hopped the pond, landing first in Indiana, according to GrubGrade. Florida is reported to be next, with the Twix McFlurry available as early as May 25.

According to the Sun, the new flavor arrived in the U.K. on Wednesday, effectively replacing the limited-edition Galaxy Caramel McFlurry that was launched earlier in the month.

The Twix McFlurry comes in two sizes, mini and regular. As with any decadent sweet treat, this McFlurry is a calorie bomb too: Each Twix McFlurry has 640 calories, 22 grams of sugar, 17 grams of total fat, 107 grams of total carbs(!) and 13 grams of protein. And as a friendly reminder, the American Heart Association reported in September 2009 that the maximum amount of added sugars you should eat in one day is 25 grams for women and 37.5 grams for men.

FoodBeast believes the impending launch of Twix McFlurries to the McDonald’s menus in the U.S. could be a test run, so Indiana and Florida, do us proud.