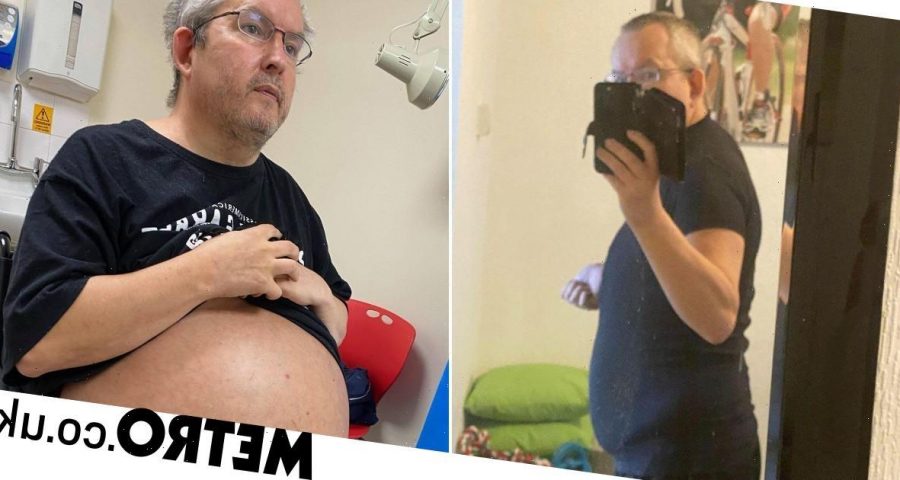 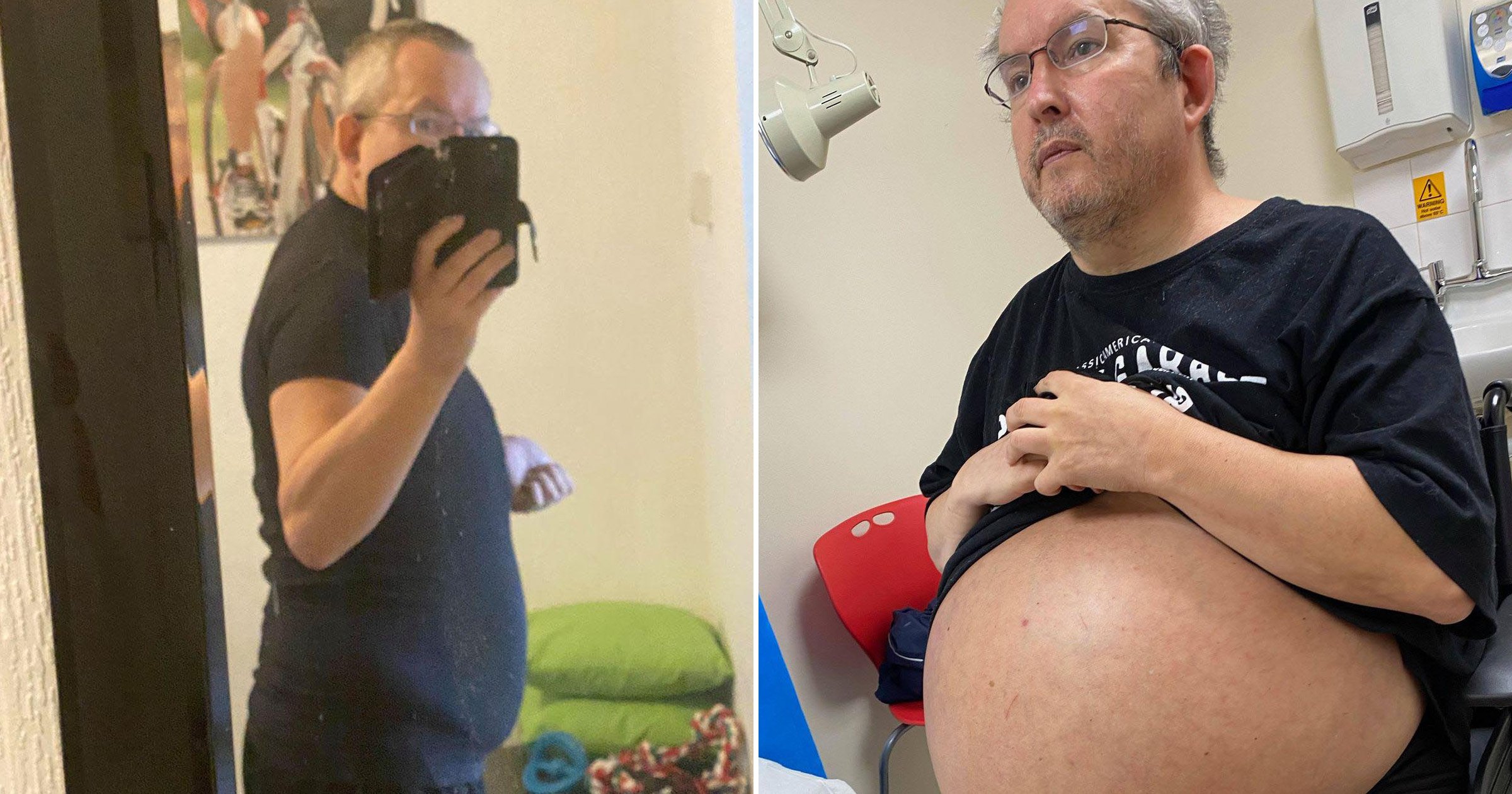 A man with a disease that made his kidneys grow to an enormous size has finally had them removed, in a operation that likely saved his life.

The op transformed Warren Higgs’ life, and now he is back in the gym and hoping to return to taking part in triathlons.

The 52-year-old from Windsor, had polycystic kidney disease, which meant his kidneys continued to grow. This put huge pressure on his internal organs and left him largely immobile and in constant pain.

The condition has caused him to have three strokes, which has left him paralysed down one side.

But he is determined to get back to his previous hobby of taking part in triathlons and is back in the gym following the surgery in July.

He told BerkshireLive, the removed kidneys weighed 45 kilos and the huge, swollen belly he had before has now virtually disappeared.

‘The operation went well and I’m slowly recovering,’ says Wayne. I was told there was a 50/50 chance I could die as a result of the operation, but it was successful and I’m now recovering.

‘I’m going back to the gym now too, which is great.

‘What I am struggling with is having to do dialysis. I find it totally exhausting – it leaves me wiped out.

‘I’d warn anyone facing the same situation to think hard about it and to not take the fact you’re going to be doing dialysis most days lightly – it is hard.’

The next stage is another operation to put a new kidney back in, which Warren hopes will happen in the new year.

Warren said previously, his left kidney was 42cm by 27cm and the right one was 49cm by 28cm.

Now, he’s on the road to recovery, but waiting for a new kidney is a real source of stress.

‘I’m feeling much better, I’m still trying to lose weight after the operation,’ he says.

‘I go to the gym when I can, sometimes before I do the dialysis. It’s hard because I don’t know when a kidney will be available. There was one, but the doctors said it was too soon after the operation for me to be ready for it.

Wayne’s ultimate aim is to be fit and well enough to do a triathlon.

‘I used to do them when I was younger and I’d love to get back to it,’ he says. ‘Being paralysed down one side is going to make it difficult, but I’m really keen to get back to normal as much as I can.’

He also has some advice for anyone in the same position as him.

‘Keep up with the fitness,’ he advises. ‘The dialysis is really hard, but the exercise makes you feel better.

‘My aim is to get fitter to keep the weight off, which I eventually hope will mean I can do another triathlon.’