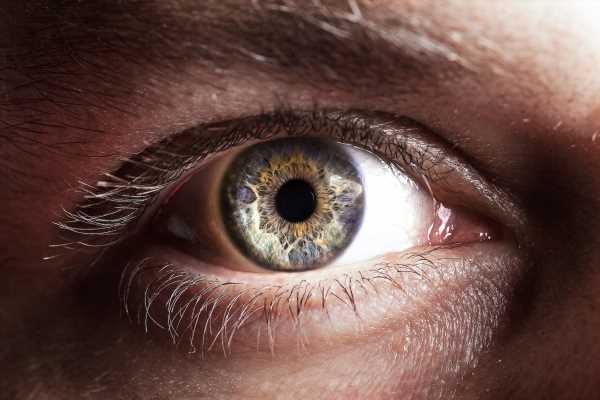 A 23-year-old student in Germany can shrink and enlarge his pupils on demand, according to a new case report — a feat that was previously thought to be impossible.

Two tiny opposing muscles in the eye act as puppeteers of each pupil (the dark center of the eye), dilating or enlarging them in a dark environment to let in more light and constricting them in a bright environment to limit the amount of light that flows in. This process was thought to be completely automatic; when you step into a dark room, you don’t have to consciously tell your pupils to change size. Pupils can also change size in response to other factors, such as increases in arousal.

It was previously known that some people can change their pupil size at will, but by using indirect methods.

For example, researchers already knew that just thinking about the sun could constrict the pupils and that thinking of a dark room or mentally calculating something could dilate them, said Christoph Strauch, senior author of the new case report and an assistant professor in the experimental psychology department at Utrecht University in the Netherlands.

But no one thought it was possible to change pupil size by directly controlling it like a muscle — that is, until a student of psychology at Ulm University in Germany contacted Strauch after taking one of his courses. (Strauch was previously a doctoral student at Ulm University).

When he was about 15 or 16 years old, the young man — identified in the case report by his initials, D.W. — realized that he could change the size of his pupils. “I showed a friend that I can ‘tremble’ with my eyeballs, and he noticed that my pupils became small,” D.W. told Strauch and his colleagues at Ulm University. But D.W. didn’t notice that he had this ability until he played computer games for long periods of time.

“Constricting the pupil feels like gripping, tensing something; making it larger feels like fully releasing, relaxing the eye,” D.W. told the researchers. At first, he would change his pupil size by focusing in front of or behind an object, but with practice, he learned how to do it without focusing on objects. He told the researchers that, to change his pupil size, all he has to do is concentrate on the eye; he doesn’t have to imagine a bright or dark environment.

That makes D.W. different from other people who have demonstrated the ability to change their pupil size, Strauch told Live Science. What’s more, that he can feel the muscles in the pupils directly “is astonishing, as it was thought to be impossible.”

How rare is this?

Through a series of tests, the researchers confirmed that D.W. indeed had this ability — and they found no indication that he was changing the size of his pupils indirectly. In one test, the researchers measured the electrical properties of the skin by applying voltage to test whether he was aroused by increased mental effort, which also might have increased his pupil size indirectly. (He wasn’t.)

Without using any indirect method, D.W. could dilate his pupils up to 0.09 inches (2.4 millimeters) in diameter and constrict them to 0.03 inches (0.88 mm) in diameter. What’s more, even at the closest point an object can be for the eye to still see it in focus, in which the pupil is already “maximally” constricted (imagine holding up a pencil in front of the eyes and moving it closer to the face and stopping at the point before it becomes blurry), D.W. could voluntarily constrict his pupil even more. By doing this, D.W. improved his focus and could see objects clearly nearly two times closer to his face than he could if he wasn’t controlling his pupil size.

Using a type of brain scan known as functional magnetic resonance imaging (fMRI), the researchers found increased activation of certain parts of the brain involved in volition, or the ability to decide and do something out of free will.

The researchers can’t say for sure that D.W. was directly controlling his pupils, but from their many tests, they did not find any evidence that he was using indirect strategies.

— 10 of the strangest medical studies (in recent history, that is)

Can other people learn to do this? Possibly, Strauch said. Finding and researching more people who have this ability might help the team understand whether there’s a strategy for training people to control their pupil size at will. (Readers who think they may have this ability can reach out to the researchers at [email protected])

Studies of more people who might have this ability may help researchers describe and understand the phenomenon, such as where it came from, Strauch added. “Quite some people have reached out who believe that they might be able to do the same thing — this is really cool,” he said.

The findings were published online Aug. 12 in the International Journal of Psychophysiology.