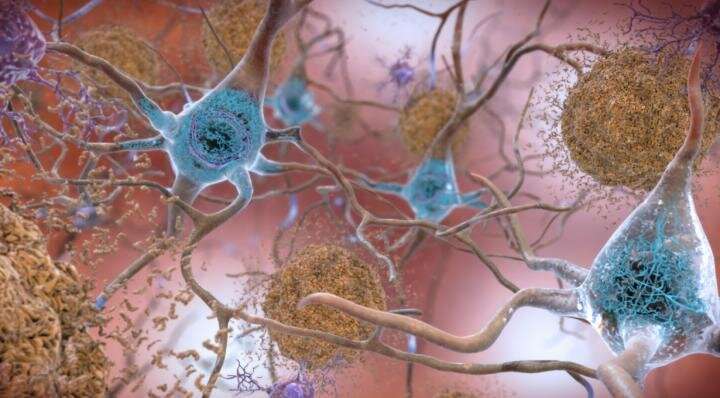 Subtle memory deficits are common in normal aging as well as Alzheimer disease (AD), the leading cause of dementia in older adults. This makes AD difficult to diagnose in its early stages. As there is currently no effective treatment to slow or stop the progression of AD, it is important to identify early pathological brain changes, which can start decades before people show symptoms, and then trace the effects that lead to cognitive decline.

Xi Chen and her colleagues in Bill Jagust’s research group at Berkeley Lab recently published a study in the Journal of Neuroscience that provides some clarification of the differences between normal aging and AD brains, and elucidates the transition from the former to the latter.

Using positron emission tomography (PET) imaging, they measured levels of tau and beta amyloid (Aß) – two critical biomarkers of AD—in cognitively normal older adults, and then followed them for several years for prospective cognition assessment. Their findings revealed new insight into tau, a protein that helps stabilize the internal skeleton of neurons in its normal form, but becomes unstable and can interfere with neuron functioning when aggregated. Aggregated tau deposits in the entorhinal cortex, a major part of the memory system, likely reflect normal, age-related memory impairment. However, tau deposits in anterior temporal regions of the brain—responsible for our knowledge of objects, people, words, and facts—were most predictive of AD-related impairment. The finding supports a model of early AD pathology proposed by the researchers whereby tau spreads from the entorhinal cortex to anterior temporal regions facilitated by amyloid.