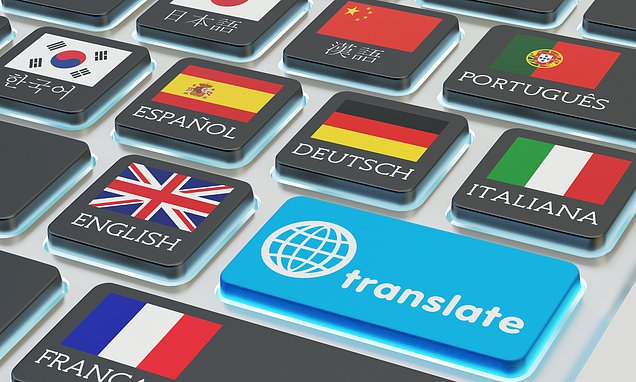 Adios, dementia! Learning a second language may help stave off memory-robbing condition by up to SEVEN YEARS, study claims

Speaking another language — even partially — could help stave off dementia by up to seven years, researchers suggest.

Unlike other factors thought to protect against the memory-robbing condition, such as exercise or a specific diet, language ‘remains with us all the time’, they added.

An analysis of existing studies found bilingual people are diagnosed with dementia five to seven years later on average than those who speak one language.

Another study which looked at cognitive experiments showed the longer and more fluent someone is in a second language, the better the protection.

Federico Gallo, from the National Research University Higher School of Economics (HSE) in Russia, said the findings suggest bilingualism might be one of the strongest ways to protect against dementia.

‘We can take up and give up physical exercise, go on one diet or another, or change jobs, but language remains with us all the time, he said.

‘We communicate, watch movies, and read books, and the language centres are constantly working in our mind.’ 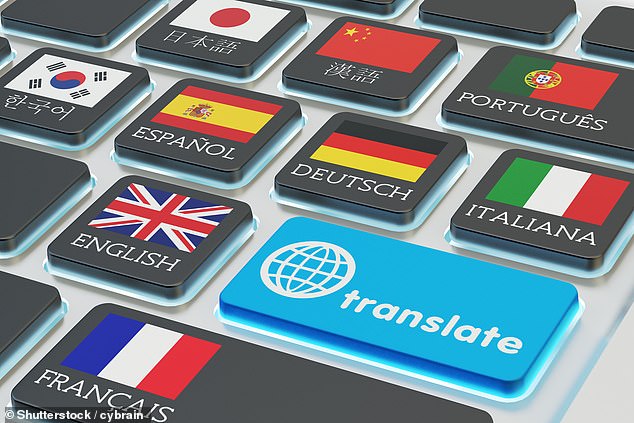 Dementia is the leading cause of death in the UK, with 900,000 Britons struck down with the memory-robbing condition.

Nearly 5milion people in the US are also living with the disorder, which academics have spent decades, and million of pounds, trying to eradicate.

WHAT IS DEMENTIA? THE KILLER DISEASE THAT ROBS SUFFERERS OF THEIR MEMORIES

Dementia is an umbrella term used to describe a range of progressive neurological disorders (those affecting the brain) which impact memory, thinking and behaviour.

There are many different types of dementia, of which Alzheimer’s disease is the most common.

Some people may have a combination of types of dementia.

Regardless of which type is diagnosed, each person will experience their dementia in their own unique way.

Dementia is a global concern but it is most often seen in wealthier countries, where people are likely to live into very old age.

HOW MANY PEOPLE ARE AFFECTED?

The Alzheimer’s Society reports there are more than 850,000 people living with dementia in the UK today, of which more than 500,000 have Alzheimer’s.

It is estimated that the number of people living with dementia in the UK by 2025 will rise to over 1 million.

In the US, it’s estimated there are 5.5 million Alzheimer’s sufferers. A similar percentage rise is expected in the coming years.

As a person’s age increases, so does the risk of them developing dementia.

Rates of diagnosis are improving but many people with dementia are thought to still be undiagnosed.

IS THERE A CURE?

Currently there is no cure for dementia.

But new drugs can slow down its progression and the earlier it is spotted the more effective treatments are.

Dementia is an umbrella term used to describe a range of progressive neurological disorders which impact memory, thinking and behaviour.

In one study, published in Frontiers in Psychology, scientists had 63 over-60s who spoke at least two languages of various fluency perform a cognitive test.

The research was carried out by HSE University in Moscow and Northumbria University.

Participants were asked to perform a ‘Flanker Test’ to assess their cognitive skills.

It times people’s ability to identify the direction of an arrow in the centre of a line of other arrows and shapes.

This test is designed to test people’s reaction time and ability to quickly decipher patterns. As people age these cognitive abilities generally deteriorate.

Participants were also asked to fill in questionnaire as part of the study, which asked questions which included how long they had spoken a second language and their level of proficiency.

People who had spoken a second language for longer, and considered themselves more fluent, performed better, the results suggested.

Proficiency in a second language was noted as playing a greater role in better test performance than the length-of-time knowing it, the authors said.

Mr Gallo was also an author in review of data on bilingualism and cognitive decline published in the sister journal Frontiers in Human Neuroscience.

In this review they pointed to three recent meta-analyses that showed bilingualism is related to a later onset of dementia diagnosis, of between five to seven years.

Mr Gallo said that considering there is no current cure for dementia and brain aging in general finding ways to slow its onset is of critical importance.

‘There are no really effective drugs available today to prevent or slow down brain ageing,’ he said.

‘Therefore, finding and researching alternative, non-drug ways to slow down cognitive ageing should become a priority in science.’

He said in the future he wants to examine if specific language pairs of bilingualism are more effective at slowing cognitive decline than others.

The researchers were also keen to highlight that being bilingual is not sure fire way to avoid or delay conditions like dementia by itself, with various other factors at play such as family history or other lifestyle factors.

The idea that being able to speak at least two languages can prevent dementia has been widely floated around in recent years.

Experts believe keeping the brain active — by switching between languages — may provide a form of ‘cognitive reserve’.