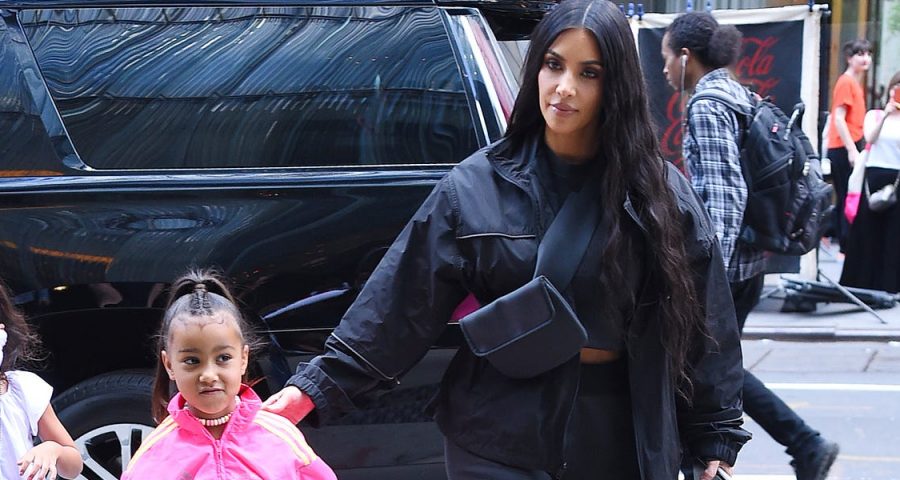 Kanye West's unusual style is often mocked for being off-putting, so much so that it could "out-ugly Crocs." But the rapper's $60 million home he shares with his wife and four children might actually serve as a case study for other families. Many of the concepts are consistent with a cutting-edge design theory, which supports minimalism to promote focus, improve memory, and reduce anxiety in children.

In the February issue of Architectural Digest, Kim Kardashian and Kanye West offer an intimate tour of their capacious 15,000-square-foot mansion, which they describe as having an aesthetic of a "futuristic Belgian monastery."

For the first time, the parents showed off their daughter North's all-pastel pink bedroom, which deviates from the rest of the home's muted beiges and whites. But it's still simple enough for the 6-year-old to reap the educational and emotional benefits of spending time in a minimalistic space.

"For kids, especially young kids, it's important to set up an environment where there's a calm feeling when you walk in," said Nancy Schulman, who has more than 20 years early childhood education experience and is the head of the Early Learning Center at Avenues, a private school in New York City.

In the past, educators and designers thought splashing the interior of children's rooms, preschool classrooms, and daycare centers with primary colors and covering every inch of wall space with bright posters, pictures, and teaching materials was beneficial to children. But in the last 10 years or so, educators have been veering away from dizzying decor and moving more towards neutral and simple concepts in children's spaces, according to Alexandra Barker, principal designer at Barker Associates Architecture Office, an architecture and design firm in Brooklyn, New York.

The cover of @archdigest is something I have always dreamed of. Here is a glimpse of our minimal style and a pic of North’s room if you swipe!

The trend was derived from the popular Reggio Emilia philosophy of teaching, which originated in Italy and was founded by Loris Malaguzzi, an educator, after World War II. The approach emphasizes self-guided learning through experience and free play. In Reggio Emilia-inspired classrooms, the physical space is considered a "third teacher," and typically employs neutral colors and natural materials that can be used in multiple ways.

Recent research supports the efficacy of this approach.

While learning and spending time in less-stimulating environments, children demonstrated improved focus and memory recall, and solved puzzles faster. They also experienced less anxiety, a 2019 study published in the Journal of Cognition and Development concluded. This, Schulman said, is why she believes simple spaces are the most auspicious environments for children.

"The color is from children's work now," Schulman said of the preschool classrooms in her school, "not from an environment that is overly distracting."

North's all-pink bedroom breaks from the standard beiges, tans, and whites that are typically used in minimalist classrooms. But the fact that it's one uniform color — and a muted pink at that— allows the space to still adhere to the monochrome element of minimalism, Barker said.

North put her own spin on minimalism by incorporating a light pink, instead of more traditional neutral colors

"It's on the verge of being bright, but not quite," Barker said.

It still achieves a calming effect, since it's in the "same vein as minimalism," she added.

The plush butterfly headboard allows North's individuality to shine through in the space, in a similar way to how teachers will now only adorn the walls of a classroom with children's projects.

Schools across the US are now incorporating minimalism into the classroom.

The Maple Street School, a preschool in Brooklyn, New York, which Barker's firm helped designed, has a quintessentially minimalist interior, with its white walls, wooden floors, and soft pastel accents.

Barker said the trend toward more soothing designs provides a respite from the hubbub of a culture increasingly focused on distracting technology.

"People are getting tired of the busyness of the world of the screens," Barker said. "They want a contrast from all of the things grabbing their attention all the time — something that's more calming."

The Wests achieved their desired decor by working with designers who specialize in crafting simple and elegant spaces.

The couple hired Belgian designers Axel Vervoordt and Vincent Van Duysen, and the children were able to give their input on what the Wests described as a "kid-friendly" space.

Kanye and Kim said that they're well aware that when you have four children under 7, some mess is inevitable — especially in a nearly all-white space. But that doesn't seem to stress them out.

"In the end," Kim told Architectural Digest, "we don't take it too seriously. We're not going to be fanatics."