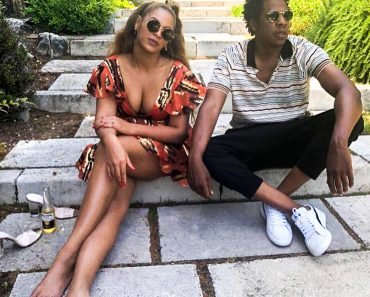 JAY-Z and Beyoncé are encouraging everyone to take part in the plant-based food revolution.

In an introduction for the new book The Greenprint: Plant-Based Diet, Best Body, Better World, by Marco Borges, Beyoncé’s trainer, the couple open up about how parenthood changed their outlook on life — including the food they eat.

“Having children has changed our lives more than anything else,” they wrote. “We used to think of health as a diet – some worked for us, some didn’t. Once we looked at health as the truth, instead of a diet, it became a mission for us to share that truth and lifestyle with as many people as possible.”

Beyoncé famously turned to veganism to help prepare for her historic 2018 Coachella performance.

“44 days until Coachella!! Vegan Time!! Click the link in my bio to join me!” the mother of three wrote on Instagram in March, inviting of her followers to take part in the 22 Days Nutrition challenge with her, which she and Jay-Z co-founded in 2015 with Borges.

Although the couple wrote that they aren’t advocating for everyone to adopt a vegan diet 24/7, adding more plant-based meals to your diet has a “profound impact on our health and the environment.”

Stressing the fact that it takes more than just a few people to make a big change, the couples added that they “want to challenge you, as we challenge ourselves” to help make a difference.

“We all have a responsibility to stand up for our health and the health of the planet. Let’s take this stand together. Let’s spread the truth. Let’s make this mission a movement. Let’s become “the Greenprint,” they concluded.

The pair first turned towards a plant-based lifestyle in 2013, when they booth took part in a 22-day vegan stint, which the rapper even blogged about.

“They loved it,” Borges previously told PEOPLE. “They walked away with a greater understanding of the powerful benefits of plant-based nutrition. They were getting people saying, ‘Your skin has this glow.’ And who doesn’t like being told they look awesome?”

Explaining how the couple first came to embrace the change, Borges said that he “suggested that we go plant-based for breakfast one day.”

“They were in. Then I suggested  that we also do it for lunch, and they loved that idea as well. Then one day, on their own, Jay called me, and he’s like ‘I got this great idea. You know that program that you just created, the 22-day vegan challenge? I want to do it. B wants to do it also. We want to go all in!’” he added.