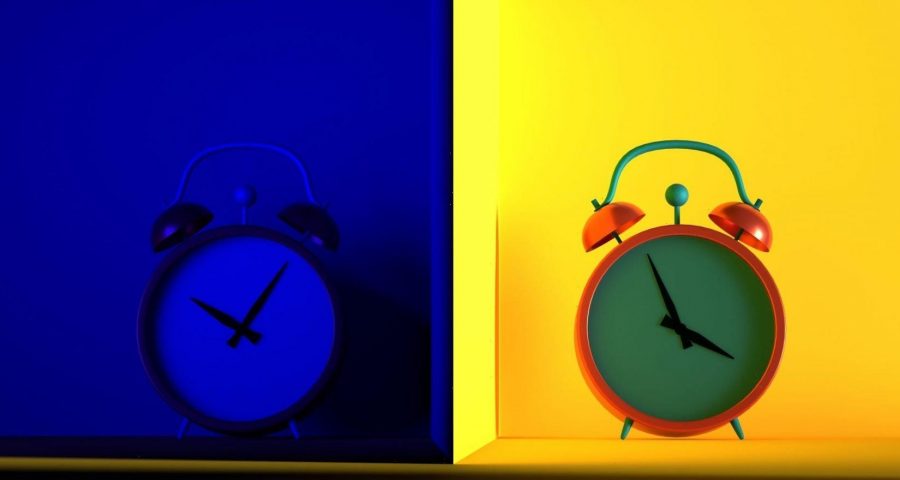 This January, we’re on the search for quick, accessible hacks to kickstart 2023 in the strongest way possible. Today’s energy kickstarter: how to tell if you’re a regular robin – not an early bird or night owl.

When it comes to sleep patterns, I’ve long experimented with being both an early birdand a night owl. While I don’t struggle to get up early (and by early, I mean 7am) I wouldn’t say I enjoy it; equally, while I’m not yawning by 9pm, the thought of being up until the early hours every single day doesn’t appeal either.

So what am I, I’ve often wondered, if I don’t sit happily in one of these famed groups? Someone who jumps out of bed ready to attack the day or bubbles with creativity and ideas once it turns dark. What, exactly, is my time of day?

As it turns out, it’s entirely possible to be neither type – and that’s preceisely where the majority of people find themselves.

Are you an early bird or a night owl? A new study reveals which one could be linked to higher intelligence

“While many people may have a preference – and feel better – gravitating towards one over the other, it’s possible to be neither,” Dr Elena Touroni, a consultant psychologist and co-founder of The Chelsea Psychology Clinic tells Stylist.

And it’s not simply that morning people are more productive and night owls are lazy; our preference is all to do with our ’chronotype’, aka the natural inclination of your body to sleep at a certain time.

“Your chronotype is heavily influenced by your genetics, as well as where you lie in the lifespan, such as your age,” says Professor Mike Gradisar, head of sleep science at Sleep Cycle. “But you can change the timing of your body clock. We do that when we fly across time zones, and eventually we adapt. It’s just that our preferences are somewhat ingrained.”

It’s also possible to be an early bird at one stage of your life and then become more of a night owl at another. When in your usual working schedule, you might get used to earlier alarms, but on holiday allow yourself to sleep in.

So how can these ‘neither types’ truly thrive when they have no set time of day to ‘peak’?

“As with anything in life, if it’s helpful to define yourself as a morning person or a night owl, then that’s great. If it isn’t, that’s OK too. Some people don’t relate to either, and that’s perfectly fine. Ultimately, it’s about finding a routine that works best for you,” adds Dr Touroni.

Nutrition also plays an important role in the quality and length of our sleep, impacting our early or late waking patterns.

“Some people might feel more energised in the morning, while others get their energy spike during the evening. While others feel a variation of their energy levels throughout the day due to different factors such as stress level, diet, exercise habits or overall lifestyle,” explains Signe Svanfeldt, lead nutritionist at healthy eating app Lifesum.

According to Svanfeldt, there is no right or wrong when it comes to energy levels during the day as long as you don’t feel tired all the time. But if you do feel low on energy, it can be due to lack of sleep, too little physical activity, nutrient deficiencies or that you eat unbalanced or too little.

What are sleep chronotypes? How to figure out if you’re a night owl or early bird

How to become more of an early bird or night owl

But if I felt so inclined, would it actually be possible for me to change from a regular robin into one of the other camps?

Dr Touroni says yes. “Get clear on your reasons. Whenever we want to introduce a new habit into our lives, the first step is to get really clear on our motivations,” she says. “Are you wanting to get up earlier to get more done? To be more clear-headed starting the day? Do you want to stay up later to spend more time with your partner? To read that book you keep saying you will? To have more alone time? Keep staying attached to your reasons for making this change, like the benefit it’ll bring into your life,and you’ll naturally stay more motivated to follow through with it.”

“Take it slow and steady,” agrees Svanfeldt. “If you want to change your routine, for example, getting up earlier in the morning, start by setting the alarm 15 minutes earlier every night for a week. Changing your waking hours might also impact your dietary habits, so if you’re used to sleeping longer in the morning but decide to get up earlier, you may require a larger breakfast to last until lunchtime.”

Perhaps being a regular robin isn’t so bad, after all.