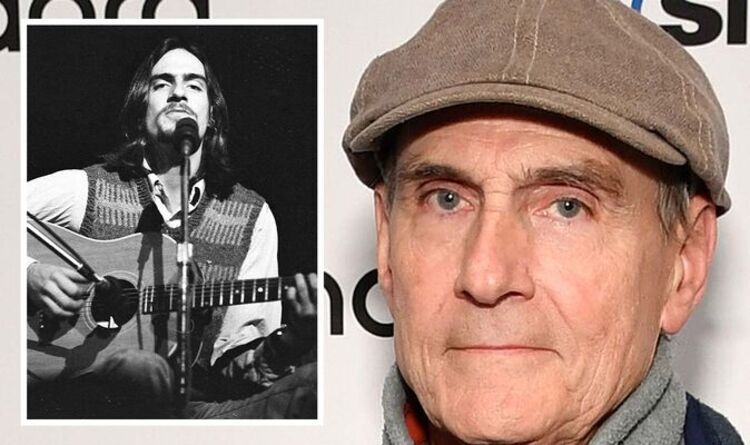 The star, who has won five Grammys, is famous for songs such as Fire and Rain and Sweet Baby James which sold 100 million records. But not everyone knows the Boston-born star, 74, had problems during his upbringing, including addiction and depression.

Taylor was sent to a psychiatric hospital for nine months after developing depression while at boarding school as a teenager.

Two of his siblings were also sent to psychiatric hospitals as well.

Since his stay in the institution, he has used psychotherapy as a “tool” for his mental health.

“I’ve been in psychotherapy for most of my life, as a useful tool and a luxury,” he told iNews.

The star attributed his mental health issues over the years to “inappropriate programming”.

He has revealed that his father’s behaviour was difficult to deal with growing up. He said: “My father’s experience was so painful.”

His father, the star said, “self-medicated” after his navy service and became an alcoholic. In his own life, he would go on to develop similar problems with the substance.

“I know my folks loved us, and they had problems. Our culture isn’t very supportive of bringing kids to adulthood, particularly in the States.

“I think other cultures do it a lot better, and the late 60s were particularly fraught.”

After his departure from the hospital – the star went on to found the band, The Flying Machine in New York.

But New York was no escape from his own issues. He developed a heroin addiction while there.

The star moved to London and after an introduction to Peter Asher signed a record deal with Apple Records – a company that would go bust later down the line. It was after the collapse of this company that Taylor decided to detox from the substance.

“These changes lead to higher levels of stress hormones, which in turn, intensify depressive feelings.”

However, the symptoms of mental health issues such as depression can push people to use the drugs which may make them more depressed, according to the Addiction Center.

Initially, the substance might help them to cope with their symptoms.

The symptoms of depression, according to the NHS, include:

If you or someone you know is having suicidal thoughts, please get in touch with the Samaritans who can provide support.