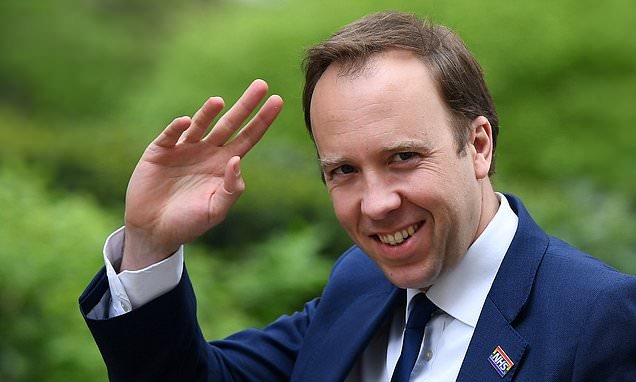 ‘Just introduce computers that don’t crash!’: Royal College urges Health Secretary to get the basics right before introducing AI to the NHS

Health Secretary Matt Hancock has been told to ‘get the basics right first’ before embarking on a ‘digital revolution’ of the NHS.

The Royal College of GPs (RCGP) has said the biggest priority should be computer systems that do not crash while a doctor is writing a prescription.

It also wants to see technology that streamlines a patient’s care by allowing medics to communicate from different areas of the NHS.

Mr Hancock has spoken openly about his grand plans of a ‘digital revolution’ for the health service, with hopes of incorporating AI, digital medicine and robotics. 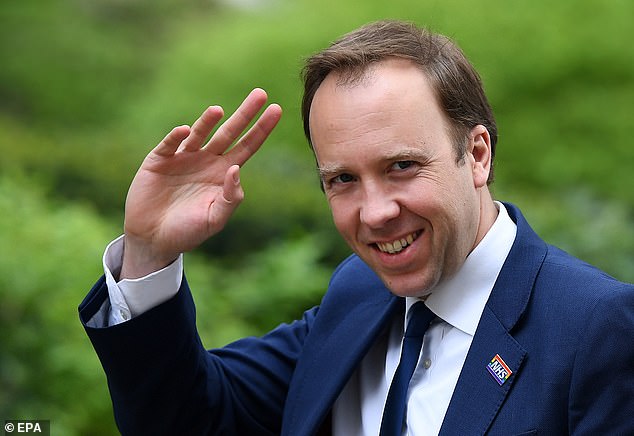 The Royal College of GPs is calling on Health Secretary Matt Hancock to ‘get the basics right first’ before launching a ‘digital revolution’ on the NHS. This includes introducing computers that do not crash. Mr Hancock is pictured arriving for a meeting at Downing Street on April 23

He came under fire last week for promoting an app that helps patients find an A&E department with the shortest waiting times.

Critics argued the app does not address the root cause of casualty delays.

Mr Hancock has also heaped praise on the private health firm app Babylon, which has been called ‘McDonald’s medicine’.

Professor Helen Stokes-Lampard, chair of the Royal College of GPs, said: ‘GPs want the latest, cutting-edge tech at our disposal but we need the basics to work first.

‘That means everything from making sure our computers don’t crash while issuing a prescription, to making sure our systems talk to those in all hospitals so that we can improve the care and experience that our patients receive throughout the NHS.

‘We want the NHS to be a world leader in technology, and we are ready for a new wave of exciting opportunities which have the potential to revolutionise patient care.

‘But a lot of work is needed before that can happen, and we need to ensure sure these opportunities are embraced safely and sustainably with GPs at the centre of changes.’

Speaking in February, Mr Hancock said: ‘Our health service is on the cusp of a technology revolution and our brilliant staff will be in the driving seat when it happens.

‘Technology will make the NHS the best in the world and I want everyone who works in the health and care system to be empowered to embrace it – from porters to pathologists, surgeons to social care workers.’ 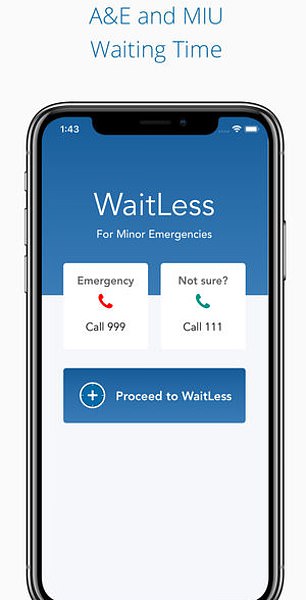 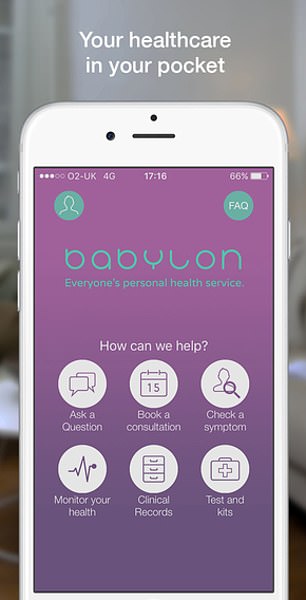 Matt Hancock came under fire last week for promoting the WaitLess app (left), which helps patients find an A&E department with the shortest waiting times. He has also heaped praise on the private health firm app Babylon (right), which has been called ‘McDonald’s medicine’

Health Secretary Matt Hancock has spoken of his plans to take the NHS on a ‘digital revolution’.

‘Our health service is on the cusp of a technology revolution and our brilliant staff will be in the driving seat when it happens,’ he said in February.

‘Technology will make the NHS the best in the world and I want everyone who works in the health and care system to be empowered to embrace it – from porters to pathologists, surgeons to social care workers.’

Mr Hancock has even accused the supermarket chain Tesco of having ‘more sophisticated and more efficient’ technology than the NHS.

In a major report, he also outlined plans for smart speakers like Amazon’s Alexa to be used as ‘virtual medical coaches’ to monitor patients in their own homes.

Mr Hancock has called for emails to become the main method of communication by GPs and hospitals within two years, replacing letters.

Hospitals and GP surgeries spend tens of millions of pounds a year on stamps, envelopes and paper, which he called ‘outdated technology’.

The tech-savvy MP said that 40 years after the first email was sent the NHS needs to accept the technology will be in use for a long time.

On Saturday, Mr Hancock praised the WaitLess app as ‘a great example of the type of innovation which should be offered to every patient as part of our long-term plan for the NHS’, The Times reported.

Many took to Twitter, with one saying ‘discharges, hospital beds and joined up social care’ are needed before an app.

Others argued he should sort out poor salaries and staff vacancies before focusing on technological advances.

The RCGP estimates 80 per cent of GP practices may still be using outdated IT systems, including fax machines, despite Mr Hancock saying he wants these outlawed from the NHS.

The college presented its ‘tech manifesto’ at a meeting attended by the Health Secretary today.

Among its requests, the RCGP wants to see robust and secure IT systems across the NHS, with computer networks ‘seamlessly linking the patient’s journey’.

In GP practices specifically, the college is calling for access to secure, high-speed broadband and a single shared electronic patient record that documents a patient’s interactions in different areas of the NHS.

The UK is said to lag behind other countries in Europe, like Finland and Estonia, which already have such electronic records in their health systems.

‘In the Estonian E-Health Record (EHR), each patient has an online record which can be tracked and accessed by various healthcare professionals and other authorised individuals,’ a spokesperson from the RCG said.

‘[The EHR is] also being kept secure using blockchain technology.

‘And Finland is following this same approach.’

But the manifesto acknowledges technological innovations could benefit both GPs and patients by reducing medics’ ever increasing workloads.

‘General practice was the first NHS sector to have electronic prescribing and electronic patient records so we know how beneficial new technology can be and we recognise its huge potential to help our patients.