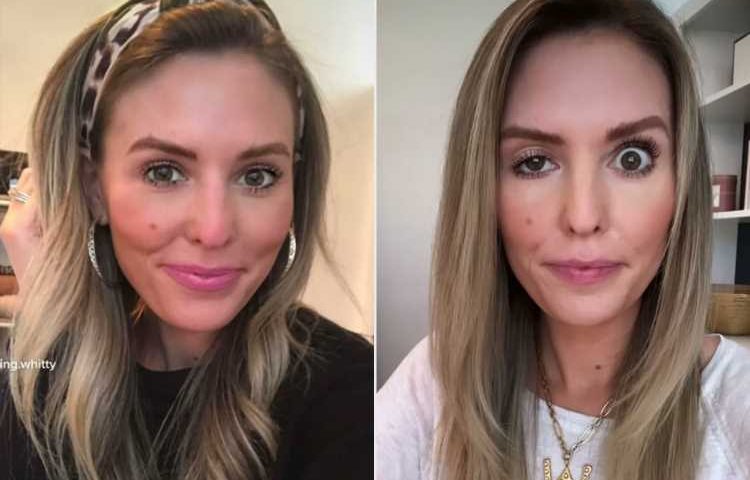 Chicago-based lifestyle blogger Whitney Buha is getting real about the risks that come with cosmetic procedures.

The saga began about three weeks ago, when Buha shared on Instagram that a routine Botox visit quickly turned out to be a case of Botox gone wrong.

Buha, who runs the blog "Something Whitty," shared in March that her Botox injector placed the protein in the wrong place near her eye, causing her left eye to droop and her right eye to be extra wide-open.

Buha explained that after her usual visit, she noticed her left eyebrow wasn't as high as her right eyebrow. She went back to the clinic on the advice of her injector to get four more units added to the left eyebrow in an attempt to even them out — but the opposite happened.

"Ever since I went back, this is what's happened," she said, pointing to her drooping eye.

Since first sharing what happened, Buha has been sharing regular updates with her followers, including sharing daily side-by-side photos of progress and conversations with other doctors and specialists. One specialist Buha spoke to explained that because her left eyelid is covering part of that eye, her vision is impaired, prompting her other eye to overcompensate, she said in one video. Among the remedies Buha has tried are patching her right eye, applying heat and vibrations to her left eye, and prescription eye drops, according to her several Instagram videos about the experience.

In an update last week, Buha said that she had reached the point where the Botox should begin to wear off.

"I feel like I've gotten over the hurdle of like, the worst," she said in one of her videos. "Now I feel like my left eye is looking almost normal. My right eye is still a little bit too big, but way less white is showing, that's for sure."

"So I'm just hoping over the next couple of weeks it just continues to get a little bit better each day," she said.

On Tuesday, Buha said she's making "progress," and thanked her followers for their support throughout the ordeal.

Side effects like Buha's are "rare and temporary," plastic surgeon Adam Kolker told Allure in 2019. According to the outlet, eyelid or eyebrow droopiness only occurs in between one and five percent of cases.

Other potential side effects of Botox can include headaches and mild bruising at the injection site.