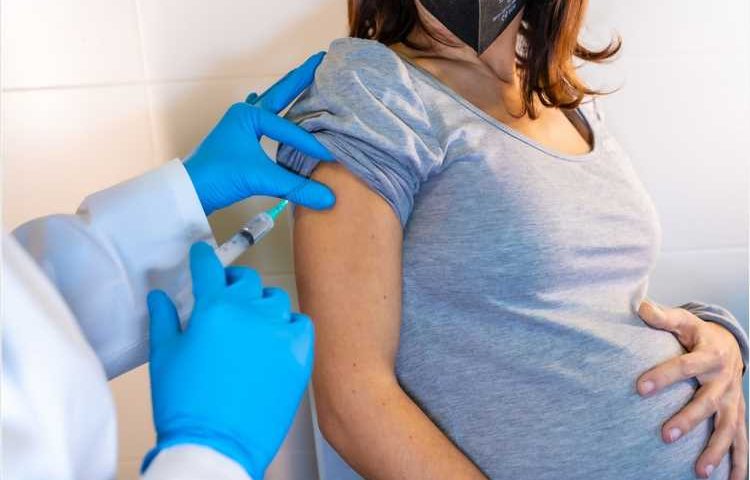 The team from Harvard University, Massachusetts Institute of Technology, Massachusetts General Hospital, and the University of Pennsylvania, in their recent research published in the journal Science Translational Medicine, have reported distinct response profiles across each of these immunological states, suggesting that vaccines may drive different antibody functional profiles, programmed evolutionarily to maximize protection for the mother-baby dyad in that unique immune state. 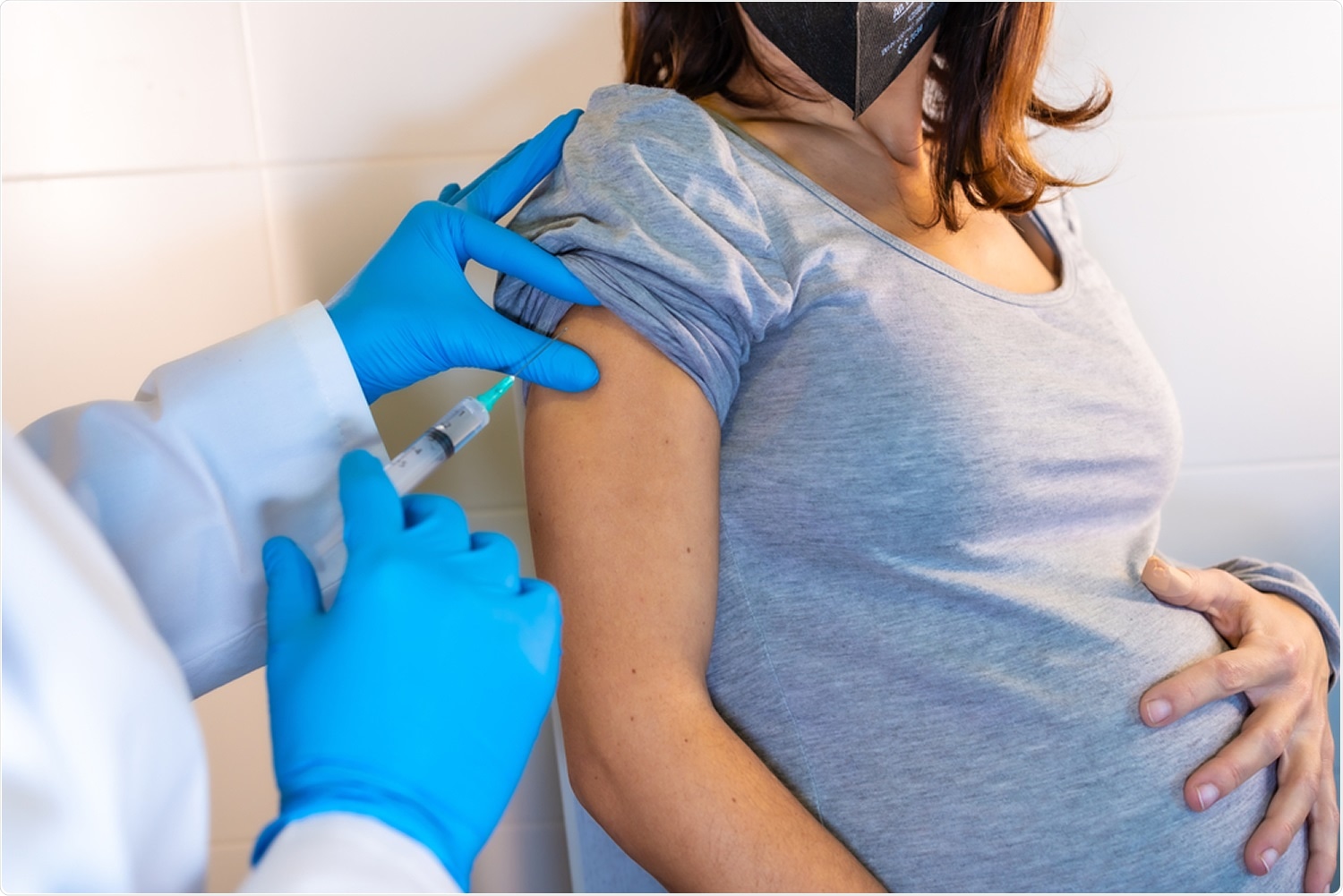 Pregnant women undergo substantial immunological changes to render immunological tolerance to the fetus and allow fetal growth without rejection. Other adaptations also occur, allowing the maternal immune system to continue to protect the mother-infant dyad against infections during pregnancy and after delivery through lactation.

Physiological and hormonal changes, along with this delicate balance of tolerance and immunity, contribute to increased susceptibility to some infections in pregnancy, including more severe COVID-19.

Antibodies, in addition to their role in neutralization, contribute to protection against COVID-19 through their ability to recruit the innate immune response with their Fc-domain, which is associated with protection from infection following vaccination, play a critical role in antibody transfer across the placenta, and may also influence transfer into breastmilk.

Therefore, it is critical to understand how pregnancy and lactation affect immune responses, including Fc immune profile, to vaccination, impacting antibody transit across the placenta or into breastmilk to guide the vaccine recommendations for this vulnerable population.

The team evaluated the SARS-CoV-2 humoral immune responses in a cohort of 84 pregnant, 31 lactating and 16 non-pregnant age-matched controls vaccinated with either BNT162b2 or mRNA-1273 vaccine. 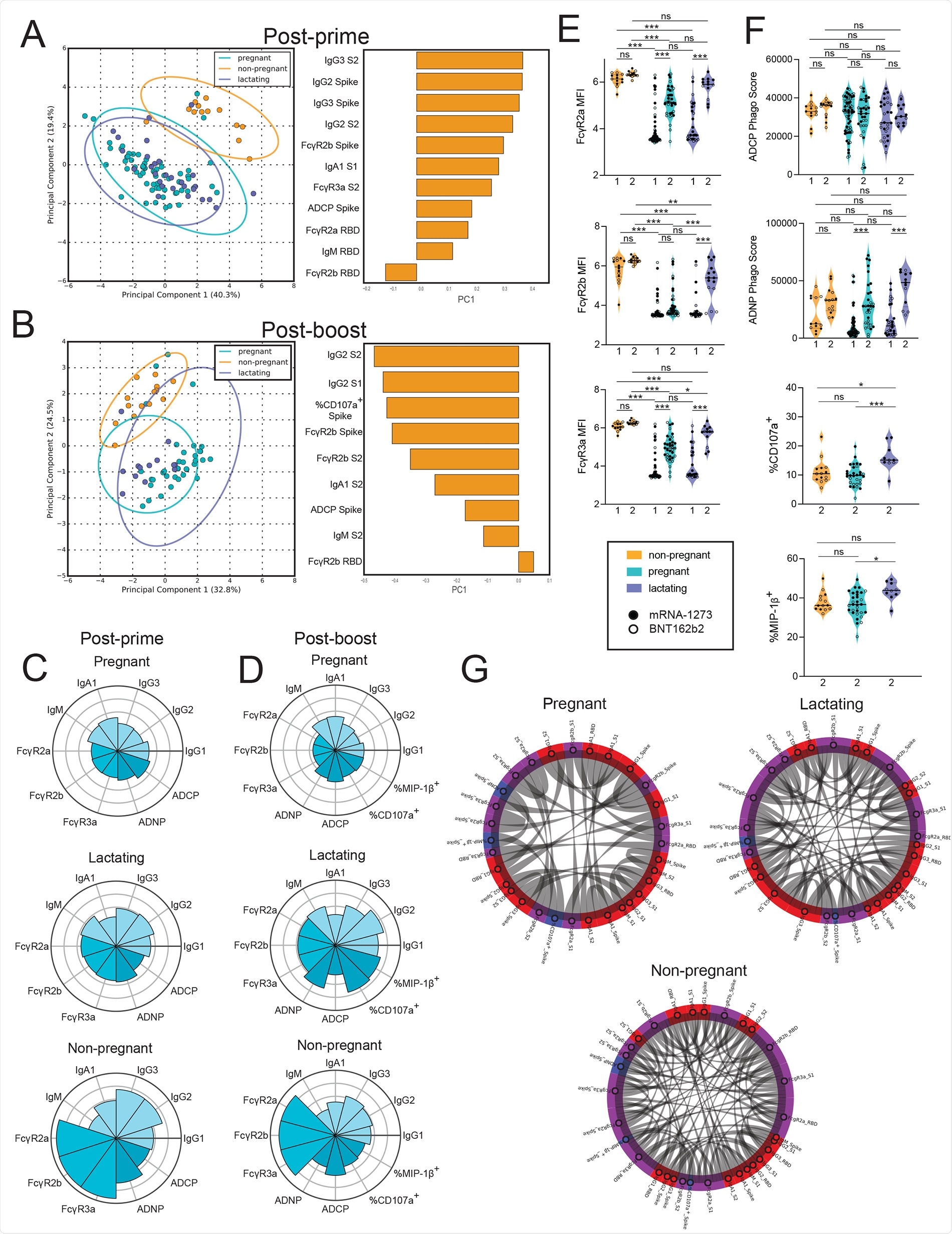 “Fc receptor (FcR)-binding and antibody effector functions were induced with delayed kinetics in both pregnant and lactating women compared to non-pregnant women after the first vaccine dose, which normalized after the second dose”, observed the team.

Overall, these data point to restriction in the ability of pregnant women to generate functional, but not total, antibodies with boosting compared to lactating women. Further, these data suggest that pregnant and lactating women show potential early alterations in vaccine-induced immune responses that improve after a booster vaccine.

Maternal blood had a higher titer of antibodies compared to cord blood. Variable patterns of transfer of IgG titer, FcR-binding and antibody function were observed from the mother to the cord. Despite the recency of vaccination, equivalent, IgG1 spike protein-specific titers were transferred across the placenta to the infant.

Stable phagocytic antibodies but decreased NK-cell activating antibodies were transferred to infants. However, despite the lower titers of antibodies in the cord, the placenta was able to select for FcγR3a-binding, functionally enhanced vaccine-induced antibodies.

Lactating mother serum had a preferential boosting of FcR-binding IgG responses after a booster vaccine dose. The team observed the transfer of a similar profile to the breastmilk, with high IgG antibodies and high FcR-binding capabilities post-boost.

“Vaccination appears to augment highly functional IgG transit to the milk that is likely key to antiviral immunity across viral pathogens,” the team highlights.

NK-cell activating antibodies had a low transfer ratio at the post-boost timepoint, suggesting a sieve at the mammary gland, preventing the transfer of highly inflammatory antibodies through breastmilk.

These serum differences translated to differences in antibodies transferred in breastmilk. In addition, the team observed differences in the overall antibody profile across women receiving mRNA-1273 and BNT162b2.

Thus, as per the team’s speculation, the extra week prior to mRNA-1273 boosting may provide the time needed for the humoral immune response to mature, resulting in more functional antibody profiles.

These findings collectively point to an extended window of vulnerability in pregnancy and lactation following vaccination, requiring timely boosting to achieve fully-functional antibodies that can protect pregnant individual and their infant.

After earning a bachelor’s degree in Veterinary Sciences and Animal Health  (BVSc) in 2013, Namita went on to pursue a Master of Veterinary Microbiology from GADVASU, India. Her Master’s research on the molecular and histopathological diagnosis of avian oncogenic viruses in poultry brought her two national awards. In 2013, she was conferred a doctoral degree in Animal Biotechnology that concluded with her research findings on expression profiling of apoptosis-associated genes in canine mammary tumors. Right after her graduation, Namita worked as Assistant Professor of Animal Biotechnology and taught the courses of Animal Cell Culture, Animal Genetic Engineering, and Molecular Immunology.