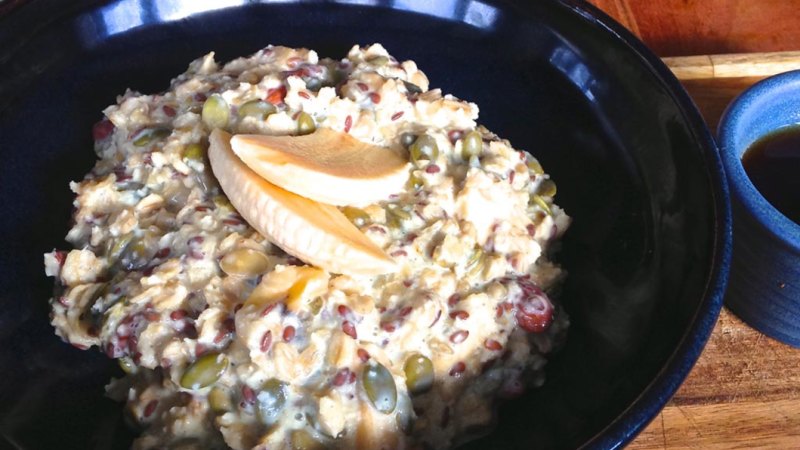 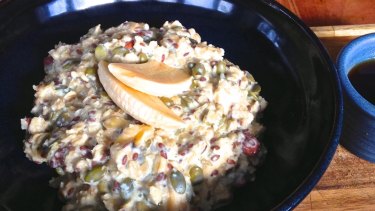 Porridge had always been an abomination to me: mum used to make me eat the stuff when I was a kid and I found the flavour tasteless and the texture vomitous, and it looked the same going in as it did coming out, though I may have been using too much brown sugar.

My porridge bigotry was out of control. Any time I saw people eating the stuff I’d mock them, laugh at them, stand before them with my hands cupped like poor little Oliver Twist begging for gruel and say, “Please, sir, can I have some more?” Then I’d plunge into the whole first act of the musical Oliver! with me playing all the singing street vendors and dancing chimney sweeps. Yes, I’d do that to them. They deserved it. They liked porridge.

It’s been tricky maintaining a hardline anti-porridge stance when you’re in a relationship with a do-gooding wholesomely wholegrained pro-porridge advocate. My beloved loves porridge, she eats it most mornings – and I’d walk past and say, “You’re eating oats! Oats are not fit for human consumption! Oats are for livestock!”

But she never paid attention: she was too busy nuzzling her muzzle into her feed-bowl, foraging for the plumpest oaty kernels. Sometimes we’d go out to a cafe for breakfast and – I’m not making this up – she’d order oatmeal! For a meal! When there were other perfectly edible things on the menu like Persian fetta hash-cakes and coconut-soaked chia. And the cafe actually charged her for porridge! That’s criminal! The ACCC needs to look into that.

It took a bitterly cold morning to thaw my cold, bitter heart. A week ago I went into the kitchen looking for something to heat up my frozen interiors – coffee, hot chocolate, melted Waxeeze leg-hair wax, anything I could swallow fast without chewing. And there on the stovetop, my beloved had left a great steaming vat of just-cooked porridge – she has a complete inability to judge correct porridge amounts, so when she makes enough for herself, she also makes enough for 17 other hungry adults. Normally, I would never touch the slop: it would just sit on the stovetop and harden into Builder’s Bog, then at the end of the day it would get chiselled out and chucked in the bin. Sometimes the pot too.

But this morning I was desperate: my lips were blue, my frostbitten feet were starting to stick to the ice-shelf kitchen tiles. So I grabbed a spoon, jammed some in my mouth, and … oooooooh, it instantly defrosted my lips, my throat, the big flappy bit that used to be the top of my tongue. Another spoonful … ooooooh, it was so satisfying, so comforting, like being kissed on the insides by a thousand molten slugs. I grabbed a bowl, heaped on some sugar, and gorged … ooooooooooh, this porridge was juuuuust right. And I liked the way it sat in my bloated belly, making gurgly onomatopoeic noises: porrrrrrrr-ridggggge … gruuuuuuuuuuuuel …

This porridge bigot had been transformed. Every morning since, I’ve cooked up a bowl of the stuff and I’m loving the non-taste, the vomitousness, the brownish colour because I use a porridge-to-brown-sugar ratio of 1:4000. And every morning my beloved walks past and sneers at me, mumbles about how nobody should cook porridge in a microwave and eat it out of a plastic microwave-container. She’s worse than me. A microwaved-porridge snob.

Danny Katz is a regular columnist.