The thyroid gland sits at the front of the neck, where it secretes hormones that control how the body’s cells use energy. When too little of the hormone is secreted, metabolism slows down, which can cause a cascade of symptoms. Among the earliest signs of a low thyroid may be constipation and hard stool.

In 2019, the National Institute for Health and Care Excellence said that hypothyroidism is found in about two percent of the UK population and in more than five percent of those over 60.

It added: “Women are five to 10 times more likely to be affected than men.

“Long-term consequences of hypothyroidism include cardiovascular disease and an increase in cardiovascular risk factors, including hypercholesterolemia.”

As the body’s metabolism slows, certain bodily changes are likely to raise suspicion. 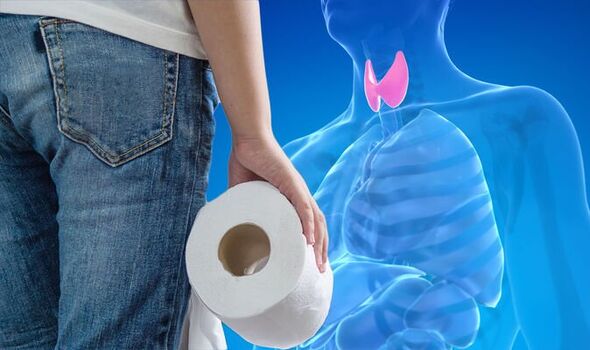 According to the health body Penn Medicine, early symptoms of the condition include:

Constipation is in fact one of the most common symptoms of hypothyroidism, the National Institute of Diabetes and Digestive and Kidney Diseases (NIDKK) confirms.

It is the result of a slowly of the digestive system and can be relieved by having your thyroid medication adjusted or making certain dietary changes.

An overactive thyroid on the contrary speeds up bodily systems, including digestion, which may result in more frequent bowel movements, and in some cases diarrhoea.

These symptoms, however, will vary depending on the severity of the condition, and how long the body has been deprived of the correct amount of hormone.

Patients who present with one or more of the above symptoms should contact their GP, who may arrange a referral to see an endocrinologist.

It’s important to address the symptoms as they emerge because sometimes, hypothyroidism progresses to other complications. 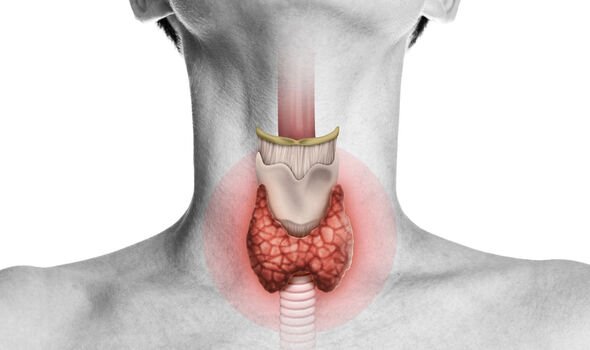 These can include high cholesterol, infertility, and life-threatening depression in some cases.

Another complication of leaving hypothyroidism is myxoedema coma, which tends to be linked to increased thyroid stimulating hormone (TSH) and low T4 and T3 levels.

T3 is one of two major hormones made by the thyroid, which works closely with T4 to regulate how the body uses energy.

Together the hormones also impact the body’s temperature, metabolism and heart rate, so getting levels correct is important. 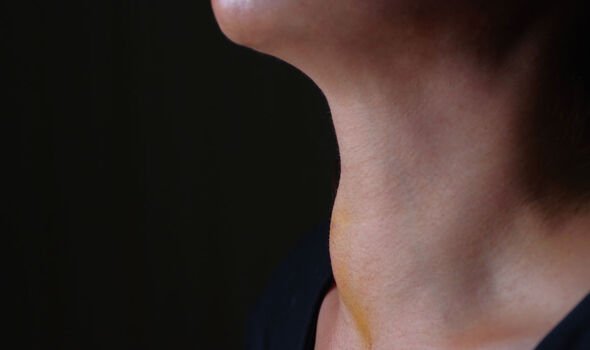 According to Endocrineweb, the condition has two fairly common causes; inflammation of the thyroid gland and medication treatments that affect the gland’s ability to make enough hormone.

Inflammation of the thyroid gland can lead to a large percentage of the cells of the thyroid getting damaged or dying, making them incapable of producing sufficient hormones.

Less common causes will include:

Unfortunately, the NHS states that there is no way of preventing an underactive thyroid, but looking out for signs can prevent further complications.