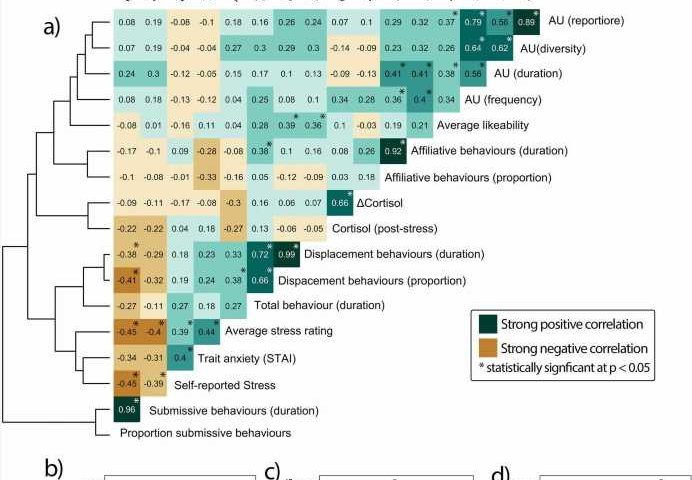 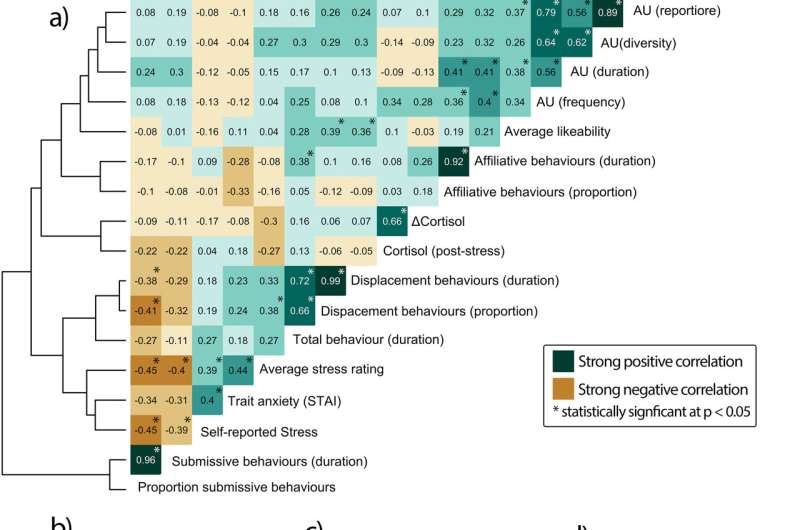 Showing signs of stress could make us more likable and prompt others to act more positively towards us, according to a new study by scientists at Nottingham Trent University and the University of Portsmouth.

Researchers examined the paradox of stress behavior, namely why, as in other primates, humans show signs of stress—such as scratching, nail-biting, fidgeting, and touching their face or hair—which could demonstrate to others that they are in weakened state.

They found that, as well as being able to accurately identify when someone was stressed, people reacted more positively towards to the individuals who showed more signs of stress.

As part of the study, participants were videoed while taking part in a mock presentation and interview which they had to prepare with very short notice. The videos were presented to raters, who were asked to rate how stressed they thought the person in the video was.

The participants who were identified as being more stressed during the task, were also perceived as more likable by others, giving a clue as to why humans have evolved to display stress signals.

Dr. Jamie Whitehouse, research fellow at NTU’s School of Social Sciences and research lead, said: “We wanted to find out what advantages there might be in signaling stress to others, to help explain why stress behaviors have evolved in humans.

“If producing these behaviors leads to positive social interactions from others who want to help, rather than negative social interactions from those who want to compete with you, then these behaviors are likely to be selected in the evolutionary process. We are a highly cooperative species compared to many other animals, and this could be why behaviors which communicate weakness were able to evolve.”

Co-author Professor Bridget Waller added: “If the individuals are inducing an empathetic-like response in the raters, they may appear more likable because of this, or it could be that an honest signal of weakness may represent an example of benign intent and/or a willingness to engage in a cooperative rather than competitive interaction, something which could be a ‘likable’ or preferred trait in a social partner. This fits with current understanding of expressivity, which tends to suggest that people who are more ’emotionally expressive’ are more well-liked by others and have more positive social interactions.”

Discussing the next steps, co-author Dr. Sophie Milward from the University of Portsmouth added: “Our team is currently investigating whether young children also show this sensitivity to stress states. By looking at childhood we can understand how difficult it is to detect stress, as well as identifying how exposure to adults’ stress might impact young children.”