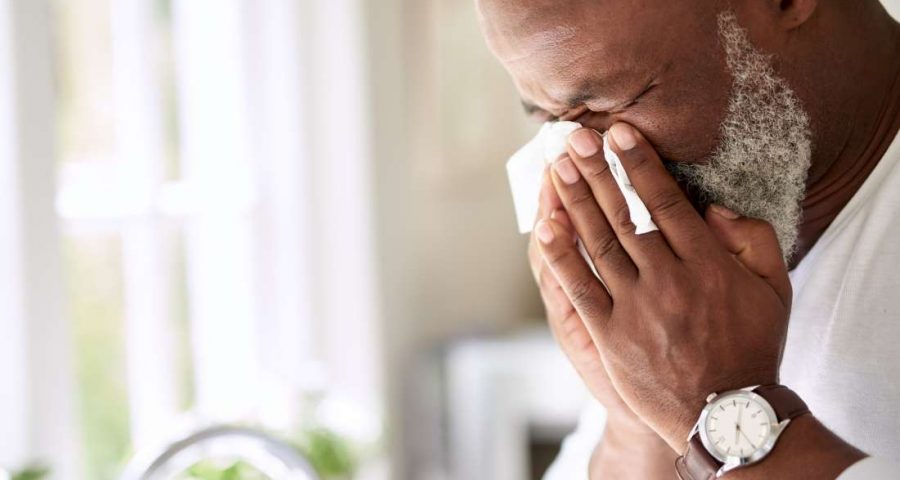 Over-the-counter drugs are most people’s go-to solution for the relief of aches, mild fever, a blocked nose, and other symptoms of the flu or a seasonal cold.

Such medicines include nonsteroidal anti-inflammatory drugs (NSAIDs), such as ibuprofen, and decongestants that include pseudoephedrine and phenylephrine.

While these drugs are typically safe to take as long as you follow the recommended dosages, specialists from the American Heart Association (AHA) and other institutions warn that they could worsen the cardiovascular health of certain at-risk individuals.

“People with uncontrolled high blood pressure or heart disease should avoid taking oral decongestants,” cautions Sondra DePalma, who is a physician assistant at the PinnacleHealth CardioVascular Institute at UPMC Pinnacle in Harrisburg, PA, and one of the specialists behind the AHA’s and American College of Cardiology’s (ACC) guidelines for the management of high blood pressure.

“And for the general population or someone with low cardiovascular risk, they should use them with the guidance of a healthcare provider,” DePalma also advises.

According to the AHA and ACC guidelines, both NSAIDs and decongestants can increase blood pressure due to the way in which they act on the body. Decongestants, particularly, tighten the blood vessels in the nose, which helps reduce inflammation in that area.

“But if you have high blood pressure or heart disease, the last thing you need is constricting blood vessels. It can exacerbate or worsen the condition,” notes Dr. Erin Michos, the associate director of preventive cardiology at the Johns Hopkins Ciccarone Center for the Prevention of Heart Disease in Baltimore, MD.

Dr. Michos explains that the people most at risk if they were to use decongestants are those with unmanaged high blood pressure, those with heart failure, as well as individuals who have had a heart attack or stroke.

As for NSAIDs, existing studies show that they can also place people at higher cardiovascular risk.

One study paper that the AHA cite — and which the Journal of Infectious Diseases published in 2017 — focused on a cohort of 9,793 individuals who had taken treatments for respiratory infections and ended up in hospital following a heart attack.

The participants averaged 72 years of age when they experienced their heart attacks, and many of them had preexisting cardiovascular risk factors, such as high blood pressure or diabetes.

Prevention is the best approach

According to the study, those who took NSAIDs to treat their respiratory infections were in excess of three times more at risk of a heart attack within 1 week than they had been during the same period the year before when they did not use NSAIDs.

To avoid exposure to such risks, Dr. Michos advises using NSAIDs and decongestants sparingly or opting for an alternative solution where possible, such as antihistamines.

“There are effective therapies that are less risky and definitely should be tried first,” notes DePalma.

“If other over-the-counter medications are needed, use them cautiously. And if someone finds they are having problems like high blood pressure or other things like heart palpitations, they should talk with their healthcare provider,” she urges.

Finally, the best approach when it comes to colds and flu is prevention, and the AHA point to the Centers for Disease Control and Prevention (CDC) recommendations, which suggest getting a flu shot each year.