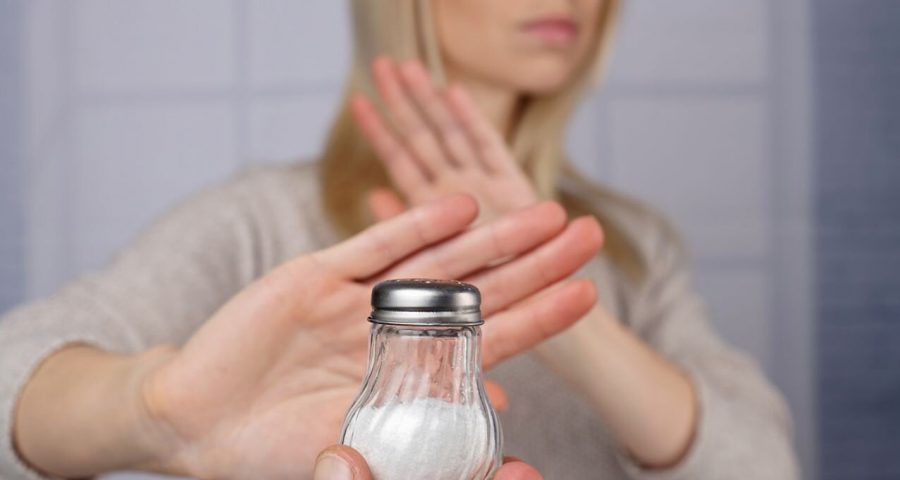 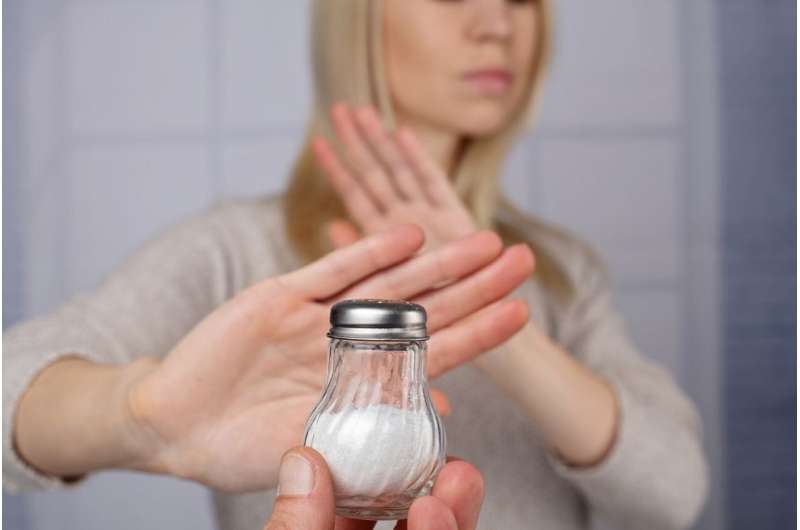 Chances are you consume too much sodium, which can cause high blood pressure. Putting away the saltshaker is never a bad idea, but the vast majority of the sodium we consume comes from packaged foods and restaurant meals. Recently, the U.S. Food and Drug Administration (FDA) asked food manufacturers and restaurants to voluntarily start reducing salt in products and in menu items with the goal of reducing sodium in the food supply over the next two-and-a-half years. In the meantime, there are simple steps we can take on our own to reduce sodium intake and protect our heart health.

Salt, or sodium chloride, has been used as a food seasoning and preservative for thousands of years. It’s important for allowing bread dough to develop its characteristic texture and as a binder and preservative in processed meats. Sodium is actually an essential nutrient. The body needs a small amount to maintain proper fluid balance within our cells and bloodstream and for nerve conduction and muscle contraction. Most people in the U.S. consume far more than is necessary for these functions, and nearly twice the recommended maximum sodium intake of 2,300 milligrams (mg) a day.

When there’s too much sodium in the blood, the body dilutes it by drawing water into the blood vessels. This increases the volume of the blood, which puts extra pressure on the blood vessel walls. While the resulting high blood pressure generally has no symptoms, it increases risk for heart attack, stroke, heart failure, kidney damage, vision loss, and sexual disfunction. Fortunately, research shows even modest reductions in salt intake can result in reduced blood pressure over time.

How to cut back on sodium

Salt is an acquired taste, and we can retrain our tastebuds to be satisfied with less.

Cook at Home More Often. About 25% of the sodium consumed in the U.S. comes from restaurant foods. According to one study, restaurant meals can serve up more than half the recommended daily amount of sodium, with an average of nearly 1,300 mg per meal. While it can be hard to tell how much sodium is in restaurant foods, there are ways to help reduce your restaurant sodium intake. Try reviewing online nutrition information provided by chain restaurants, ordering sauces, gravies, and dressings on the side, and sharing an entrée or bringing home half for another meal. But cooking your own food more often using minimally processed ingredients is a better option.

Preparing meals at home puts you in control of ingredients, including the amount of salt, if any, you decide to add. Cutting back on salt doesn’t have to mean sacrificing flavor. Make good use of aromatics such as onions, garlic, shallots, and spring greens (scallions). Vegetables and fruits can bring big flavor (as well as many health-promoting compounds, including potassium, which is associated with lower blood pressure). Season with herbs and spices—bold (like pepper, dried cumin, cayenne, or cinnamon) or subtle (like fresh or dried thyme, basil, or sage)—to kick up flavor. Don’t overlook spice blends, including those with global flair, from Indian garam masala to Herbes de Provence. (Check ingredient lists on blends to be sure salt is not one of the main ingredients.)

Try cooking methods like roasting or a quick sear or sauté to deepen and optimize the natural deliciousness of your ingredients. Finish with a bright splash of vinegar or citrus, a drizzle of olive oil, and a garnish of nuts, seeds, fresh herbs, or dried fruit.

Limit Prepared Foods. About 65% of the sodium we eat comes from prepared and processed foods bought at retail stores, such as frozen meals, crackers, canned foods, sauces, pre-seasoned grains mixes, and dressings. Decreasing how frequently we eat high sodium foods, and/or eating smaller portions of them, can help reduce sodium intake. Alternatively, there are many reduced or low sodium options available (just check the label to make sure the manufacturer has not added sugar to compensate for the reduced salt). Some foods, like bread, are not high in sodium per serving, but become a major source of salt in our diets because we consume them so often. Eating a varied diet that does not rely too heavily on any one type of food can help address this problem.

Read the Nutrition Facts Label. When you do choose packaged foods, check the Nutrition Facts label before you buy. Even when a front of package claim says, “Reduced Sodium” or “No Salt Added,” the product is not necessarily low sodium or sodium free. When you look at the number of milligrams sodium per serving, keep in mind you should be aiming to consume less than 2,300 mg a day. If you look at the percent daily value (DV), five percent or less of sodium per serving is considered low; 20% or more is considered high. Be sure to check the serving size and how many servings the product contains. If a package is marked as containing two servings and you eat the whole thing, you’re getting two times the amount of sodium listed on the label! Keep in mind that some foods (like breakfast cereals or granola bars) might be high in sodium even if they don’t taste salty.